There's something about the rich and resonant sound of the cello that connects with many people. Perhaps it's because the instrument is the closest, they say, to the human voice.

That was certainly true when Zuill Bailey picked up his cello to play this lovely impromptu concert behind Bob Boilen's desk, here at NPR Music's Washington, D.C., headquarters.

Bailey doesn't play just any old cello. Yes, it is old — very old — but it's also special, built by the renowned Venetian maker Matteo Goffriller in 1693. That means Johann Sebastian Bach was all of 8 years old when Goffriller slapped on the final layer of shellac. 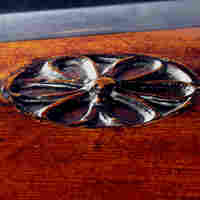 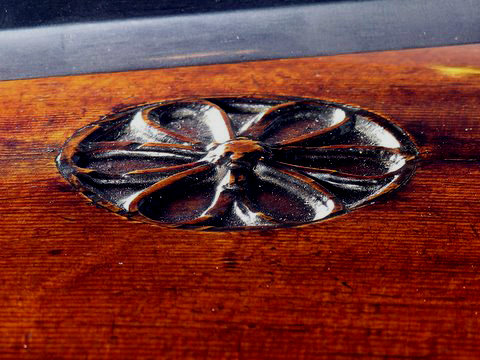 The instrument is unusually large, with a tawny orange hue, and one of only two Goffrillers which can boast an intricately carved Rosette under the fingerboard. And its sound? A full, round, burnished tone that pours forth with remarkable volume.

As for the music, Bach was an obvious choice. Bailey has just released a recording of the six Solo Cello Suites by Bach. For Bailey, like every other major cellist, the Suites loom as a kind of musical Mount Everest. To hear Bailey describe it, every trip up the mountain brings a new challenge.

"There are so many ways of interpreting Bach, that it channels where a cellist is at that precise moment," Bailey says. "For me, Bach is the mirror to the soul. And this has been my greatest musical undertaking so far."