Accessibility links
Seeing Stars: A Telescope Operator's Night Michael Alegria is one of only three people who know how to operate the Multiple Mirror Telescope in Arizona. Though he's not an astronomer — he's an engineer — Alegria says he's loved astronomy ever since he took apart his first telescope as a kid to see how it worked. 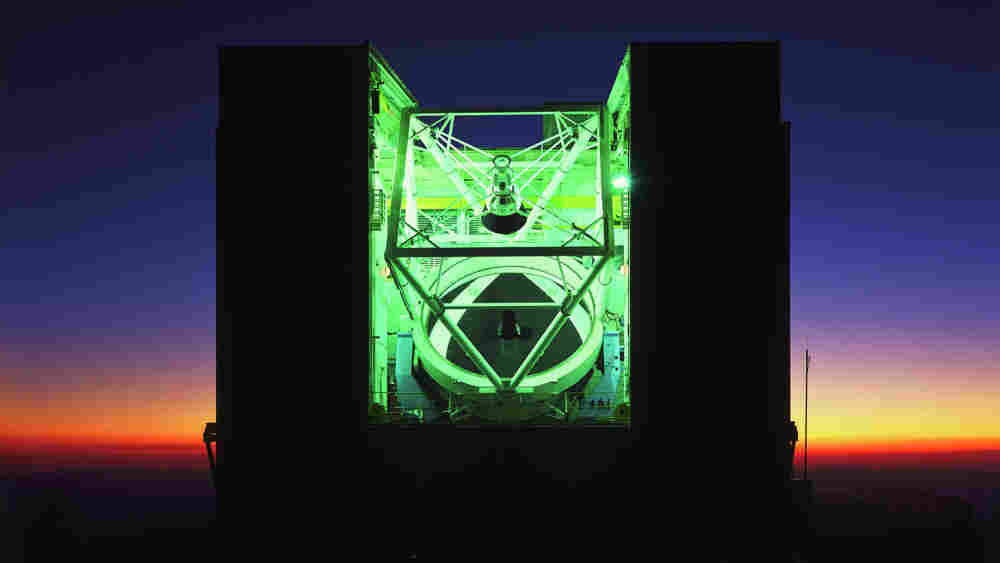 The MMT Observatory is home to the largest single-mirror telescope in North America, and engineer Michael Alegria is one of a handful of operators trained to use it. Howard Lester/MMT Observatory hide caption

The textbook image of an astronomer at work is someone in a white lab coat on top of a freezing mountain peering into a telescope eyepiece. Except for the mountain, that image is a century out of date. The huge telescopes on Earth today are laden with such complex instruments that only a handful of people are trained to work them.

Michael Alegria is one of them. He and only two other people know how to operate the Multiple Mirror Telescope, which is on the summit of Mount Hopkins in Amado, Ariz. (The telescope's six original mirrors were replaced with one in 2000.)

But Alegria is not an astronomer. He's an engineer.

The simplest part of Alegria's workday — or rather night — comes shortly after he starts, around 4 p.m. He uses a hand winch to roll up the shade covering the 6.5-meter telescope mirror. Then the 30-ton observatory doors roll silently aside, opening the dome to the sky — hours before dark — so the temperature inside matches the temperature outside. 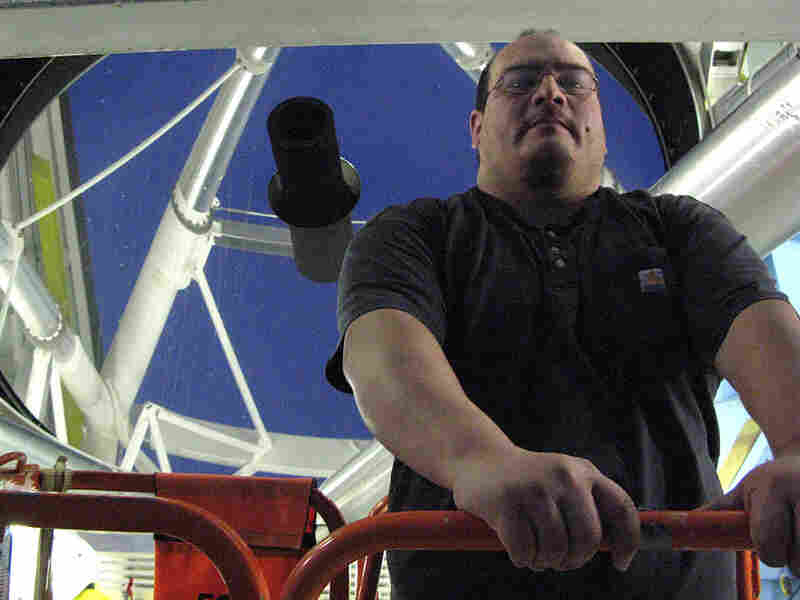 Michael Alegria with the telescope he operates in Arizona. Ted Robbins/NPR hide caption 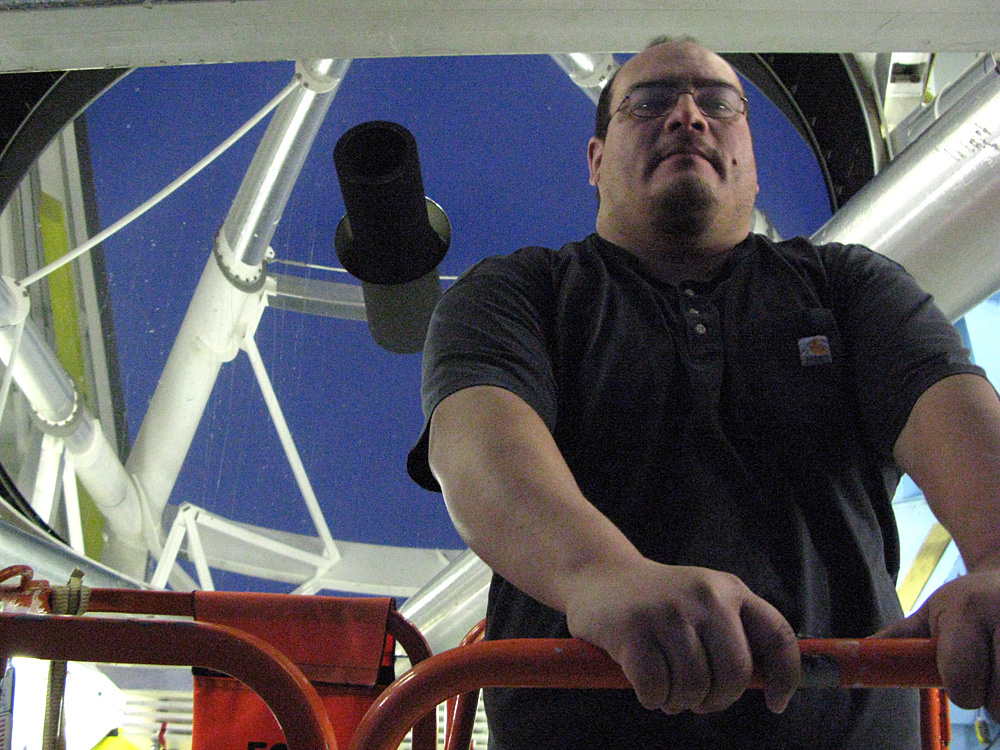 Michael Alegria with the telescope he operates in Arizona.

"With a piece of glass this big, if you have temperature differences between the night air and the glass it distorts the scene," Alegria says.

While the mirror cools, Alegria climbs down the stairs into the telescope's control room, where he'll spend the night. The room is about 10 feet wide and 50 feet long. One side is completely filled with computer monitors. About half are for the astronomers, and the other half are for Alegria. He needs to keep track of 48 computer and video display windows.

Alegria has been a telescope operator here eight years, four years after he started work at the MMT as a student at the University of Arizona. Though he's not an astronomer, he says he's loved astronomy ever since his mother gave him a telescope when he was a kid. In a way what happened was a sign he was going to be an operator and not an astronomer.

"I tore it apart to see how it worked and could never get it aligned again," Alegria says.

Now, astronomer Michael Hart, who, along with his team from the University of Arizona, sits next to Alegria, couldn't get along without his engineering ability.

"Mike is my hero. Mike makes the whole telescope operate single-handedly," Hart says. "We would not be here conducting these experiments if Mike were not here to support us."

Astronomers at the MMT have made major finds — new black holes, dwarf galaxies, planets outside our solar system, even last year confirming the presence of water on the moon. Alegria says he's not looking for any credit. He just enjoys being part of the process and witnessing the discoveries.