Accessibility links
CIA Fight Against Communism Bolsters Radical Islam In A Mosque in Munich, Pulitzer Prize winner Ian Johnson explains how Western spy-masters recruited ex-Soviet Muslims to be operatives in the propaganda war against the Soviet Union. These Muslims, in turn, created a community where radical Islam could gain a foothold in the heart of Europe.

The CIA's determination to roll back communism during the Cold War inadvertently allowed radical Islamists to gain a foothold in Europe, according to a new book by Pulitzer Prize-winning author Ian Johnson.

A Mosque in Munich: Nazis, the CIA and the Rise of the Muslim Brotherhood in the West details the Nazis' attempts to create a fifth column within the Soviet empire by becoming allies with Muslim minorities living in the Soviet Union.

"The Soviet Union had oppressed Islam, closed many mosques and mistreated many minorities in the Soviet Union, including Muslims," Johnson tells host Guy Raz. "After the Germans ended up with literally millions of Red Army POWs in the war, they began to realize that many of these were potential soldiers to fight the Soviet Union."

After the war, the CIA and West German intelligence operatives, many of them former Nazis, took over the project.

Johnson says the CIA was looking for Muslims who could go into the Third World and speak credibly to counter Soviet propaganda. The Islamic Center of Munich had become the center for the Muslim Brotherhood in Germany and to some extent in Europe.

"The CIA set up a large covert propaganda operation in Munich and recruited many of these people," Johnson says.

The CIA began to support the activities of the Muslim Brotherhood in Europe and elsewhere. But U.S. attention shifted when the Vietnam War heated up, Johnson says, and it wasn't until the Soviet invasion of Afghanistan in the late 1970s that focus on the project returned.

Shortly after the attacks of Sept. 11, 2001, Johnson says, there was a desire to cut off all ties with Islamist groups like the Muslim Brotherhood and even to prosecute them. The effort failed, however, because the group could not be linked directly to terrorism.

By the second term of the Bush administration, CIA documents show there were efforts to cultivate Muslim Brotherhood groups in Europe for U.S foreign policy aims. Using Islam in this way is a fundamental problem in how we look at the religion, Johnson says.

"It's come back to haunt us again and again," he says. "But we continue to make the same mistake."

Excerpt: A Mosque In Munich

Garip sultan lay flat in a machine-gun nest, his stomach pressed to the ground. He craned his neck forward, looking out into the grasslands for the enemy. His superiors had ordered him to hold one of the Red Army’s forward positions outside the Ukrainian city of Kharkov. It was May 1942, and the Germans were launching a giant counteroffensive. All around him he heard shells roar and panzers rumble. The nineteen-year-old swept his binoculars left and right across the Ukrainian steppes but saw nothing. He felt doomed.

He thought back unhappily to how he had ended up here. Sultan was a minority in Stalin’s Soviet Union,a Tatar from the district of Bashkir. Turkic peoples had settled this region when the last great wave of nomadic invaders swept out of Central Asia in the thirteenth century, under Genghis Khan. As Russia expanded, theTatars had lost their independence, becoming one of the many non-Russian peoples who made up nearly half the vast country’s population.

Under Soviet rule, oppression of these peoples had increased, especially for those like Sultan’s parents who had run small businesses. Soviet cadres called them capitalists and took everything. They nationalized his father’s transport business and confiscated the family home. Even their horse was taken. The family, once rich, was able to keep just two pieces of furniture bought during a trip to England: a mirror, now cracked, and a clock, now broken. Before Sultan’s father died, he encouraged his son to join the Young Pioneers, then later the young people’s organization Komsomol, and eventually the party. This was the only way to survive in Stalin’s Soviet Union, the older man had said. Sultan followed his father’s advice. He joined Komsomol, attended high school, and had planned to study metallurgy. He tried his best to become a new Soviet man.

Then came June 1941 and the German invasion. The Red Army wasn’t yet the formidable fighting machine that would eventually destroy the bulk of Hitler’s armies. In the first year of the war it suffered enormous casualties and surrendered huge territories. Every available man was called up and thrown straight into action. Sultan was conscripted and quickly assigned to a ragtag group of non-Russians like himself, miserably equipped and poorly led. They were set to disintegrate upon contact with the enemy.

As his unit took up position outside Kharkov, Sultan keenly felt his status as a minority. When the troops lined up for inspection, the commanding officer, a Russian, asked minorities to step forward. The officer gave four of them, including Sultan, the suicidaltask of creeping across the no man’s land between the two armies and throwing German-language propaganda toward the enemy lines. According to this quixotic plan, the German soldiers would read the pamphlets, revolt against their officers, and surrender. No one anticipated that the Germans had set up tripwires. Sultan’s group was cut to pieces by the ensuing machine-gun fire; Sultan was the only survivor. He hid for two days in the high grasses of the steppe before creeping back to his lines. For his bravery, his commanding officer promised him a medal. But Sultan felt the honor was hollow. His loyalty to the Soviet system, which he had honestly tried to cultivate, was evaporating.

Excerpted from A Mosque in Munich: Nazis, the CIA, and the Rise of the Muslim Brotherhood in the West by Ian Johnson. Copyright 2010 by Ian Johnson. Reprinted by permission of Houghton Mifflin Harcourt. All rights reserved. 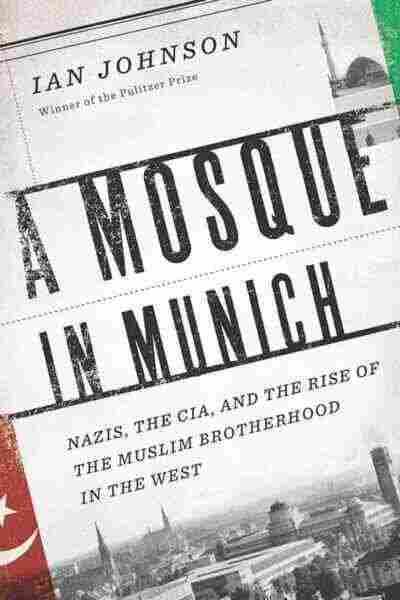 Nazis, the CIA, and the Muslim Brotherhood in the West