Accessibility links
Native American Folk Tales Take A Graphic Turn The trickster is a being that loves to create chaos. In Native American traditions, it takes many forms and appears in many stories. Now it's taking the form of a graphic novel. 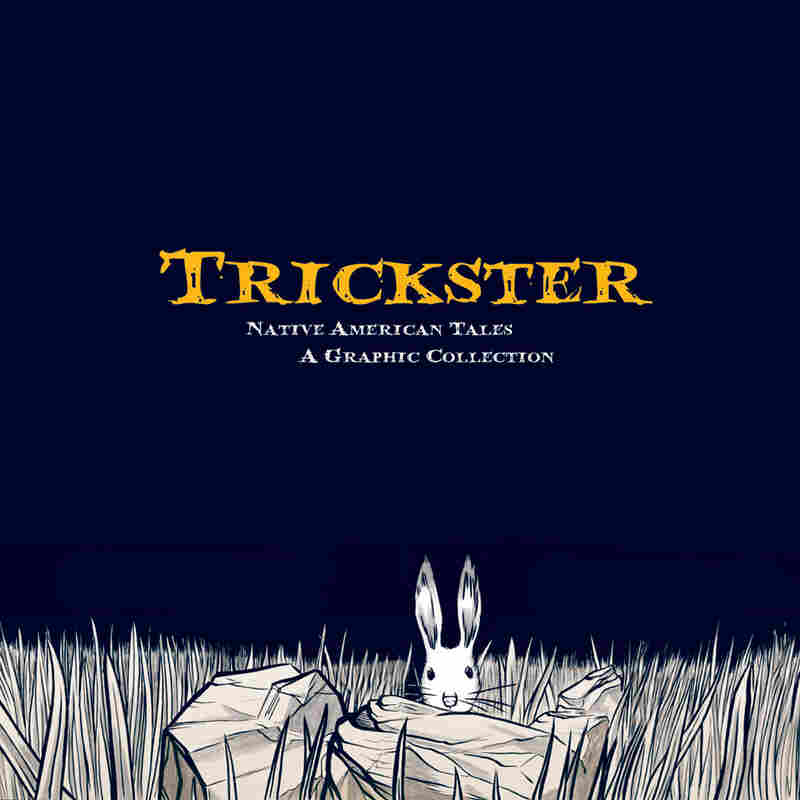 How Wildcat Caught A Turkey

How Wildcat Caught A Turkey: Story by Joseph Stands With Many. Art by Jon Sperry.

The trickster is a being that loves to create chaos. In Native American traditions, it takes many forms and appears in many stories. Now it's taking the form of a graphic novel.

Trickster is the first anthology to illustrate Native American folk tales in comic form. Editor Matt Dembicki tells NPR's Liane Hansen that he got the idea for the book from reading about the mischievous creature.

"I just became fascinated with it," he says. "Coming from a cartoonist's point of view, I started doodling and seeing what I could do."

As he tried to incorporate Native American styles, it dawned on him that this would be "perhaps a really interesting collection."

He collected tales from Native American storytellers and matched them with illustrators. It was an intense project. "It's rather easy to put together a comics anthology if you're working with people who are familiar with comics," he says. But the storytellers were skeptical.

"It wasn't easy convincing everybody," Dembicki says. "Some people really couldn't see it being done this way. Other people had some cultural issues. They were very adamant — these were mostly oral stories; they were told orally, and they should be told orally."

Some storytellers went to their tribe and got approval. "With all the competing media for people's attention, I think they felt they were losing a hold of their storytelling tradition, and they wanted to preserve some of these stories in a different format.

"It wasn't the ideal format for them, but they wanted to make sure that it was there to preserve for their own children, and for everyone else as well."

Reprinted from Trickster with permission from Fulcrum Publishing: Copyright 2010 by Matt Dembicki.