Accessibility links
Janis Joplin: The Queen Of Rock Her voice was rough around the edges and unmistakable. Joplin sang the blues, and she subjected herself to them. She was vulnerable, and she was a pioneer for women in rock. 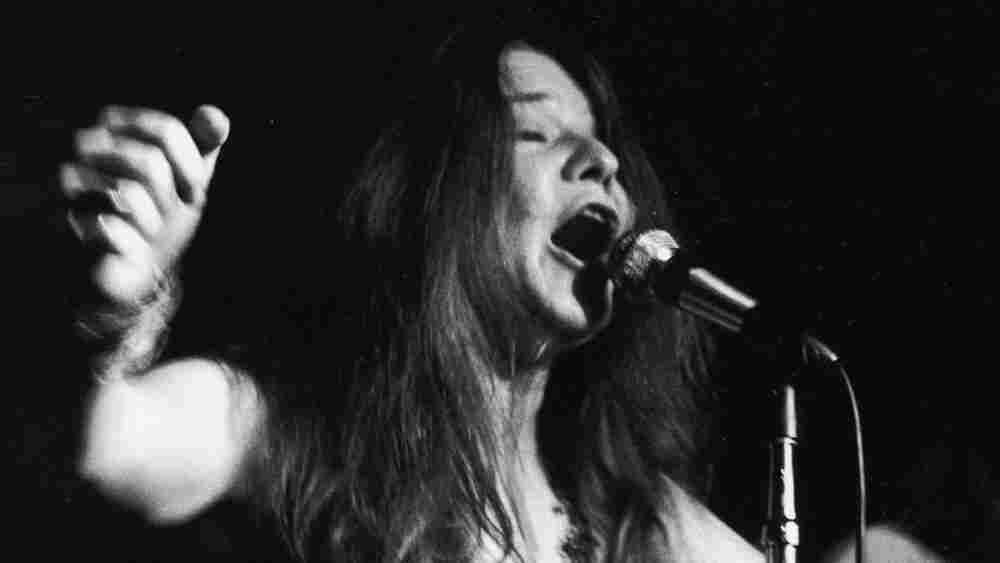 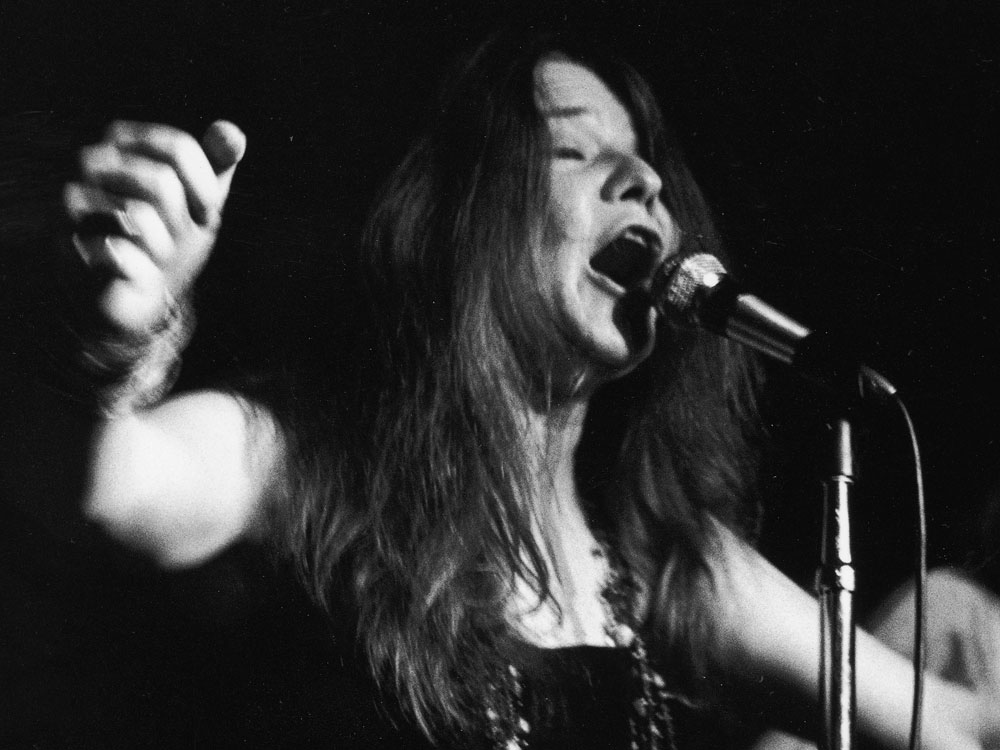 Janis Joplin would have been 70 years-old today, January 19, 2013. We celebrate her birthday by remembering her unmistakable voice.

Janis Joplin was dubbed the first queen of rock 'n' roll, and her voice is singular. She was rough around the edges, vulnerable and charismatic, and she paved the way for countless women in rock.

Mid-1960s San Francisco was a mecca for counterculture musicians. Many became megastars, including Jimi Hendrix, The Grateful Dead and Santana, but Joplin and her female peers found many doubting they could play with the boys. Singer-songwriter Tracy Nelson says it wasn't easy in 1966.

"I don't know how many musicians [told] me, 'Why do you want to do this? This is no place for women. This is no business for a woman.' You know, 'Why not just stay home, find a man,' " Nelson says.

That same year, Janis Joplin was also trying to break through that paternalistic San Francisco culture. She and Nelson shared a bill at the Avalon Ballroom.

"I had to follow Janis Joplin, and I'm standing out there listening to her, and I'm just thinking, 'Man this is a force of nature,' " Nelson says.

Joplin was fronting a group called Big Brother and The Holding Company, almost unknown outside of San Francisco at the time. Then they played the Monterey Pop Festival in June 1967. Among the 1,200 journalists covering the festival was music critic Robert Christgau, who was then writing for Esquire magazine.

"I very much remember her playing in the sunshine," he says, "and everyone really not just excited but kind of flabbergasted at how intense it was."

Like a lot of white musicians at the time, Joplin was trying to sing like a black blues musician. Christgau says that most were not convincing. Janis, on the other hand, blew audiences away with her raw, emotional voice.

Falling In Love With The Blues

It's not how Joplin always sounded, though. She grew up in Port Arthur, Texas, singing as a featured vocalist in the church choir. When she left for college in 1960, her models were folkies — singers like Joan Baez and Judy Collins. Initially, Joplin tried to imitate them. But the young singer didn't believe she could make it as a folkie, according to Alice Echols, the author of a Joplin biography called Scars of Sweet Paradise.

"Janis Joplin made a calculation, and the calculation was, 'You know what? I'm not pretty like Judy Collins or Maria Muldaur, and using that pretty voice is also not going to get me very far,' " she says.

Joplin struggled with growing up in Texas. She didn't conform to the mold of the typical young woman of the 1950s. She was a painter, she was chubby, she had bad skin, and she wasn't conventionally beautiful. In an appearance in 1970 on The Dick Cavett Show, she spoke bitterly about her adolescence — of her classmates who laughed her out of class, and ultimately, out of the state. Not surprisingly, Joplin found her outlet in the blues — especially in artists like Bessie Smith, Lead Belly and Big Mama Thornton. As she told Cavett, singing was the only way she could express how she felt.

"Playing is just about feeling," Joplin said. "It isn't necessarily about misery, it isn't about happiness. It's just about letting yourself feel all those things you already have inside of you but are trying to push aside because they don't make for polite conversation or something. But if you just get up there — that's the only reason I can sing. Because I get up there and just let all those things come out."

"Janis in some sense was the great unrecognized protest singer of the 1960s," she says. "No, Janis was not singing explicit protest songs. But in her voice, what people heard was somebody who was refusing the status quo."

Unfortunately, many of the artists of the '60s who emulated the blues also emulated the drug habits of blues musicians. In early October 1970 — just a little over three years since she hit it big — Joplin was making an album with a new band. One night, she went back to her Los Angeles hotel room and shot up. She was found dead the next day. Tracy Nelson remembers hearing the news.

"I was kind of pissed off, because she had gone beyond that," Nelson says. "She was really beginning to be a really serious musician and singer. She was playing with really good musicians. Things were just sounding better, and it was just so dumb."

That winter, Joplin's record label posthumously released her last album, Pearl, and "Me and Bobby McGee" topped the charts. Many critics say it was Joplin's best album. She'd begun to take more control of her voice, and was the first woman to make it big in rock. Yet Echols says she really has no imitators.

"Janis Joplin is an American original," she says. "Nobody has come close to capturing the way that that girl sang, and I don't think they ever will, because there is something in her voice that can't be replicated."