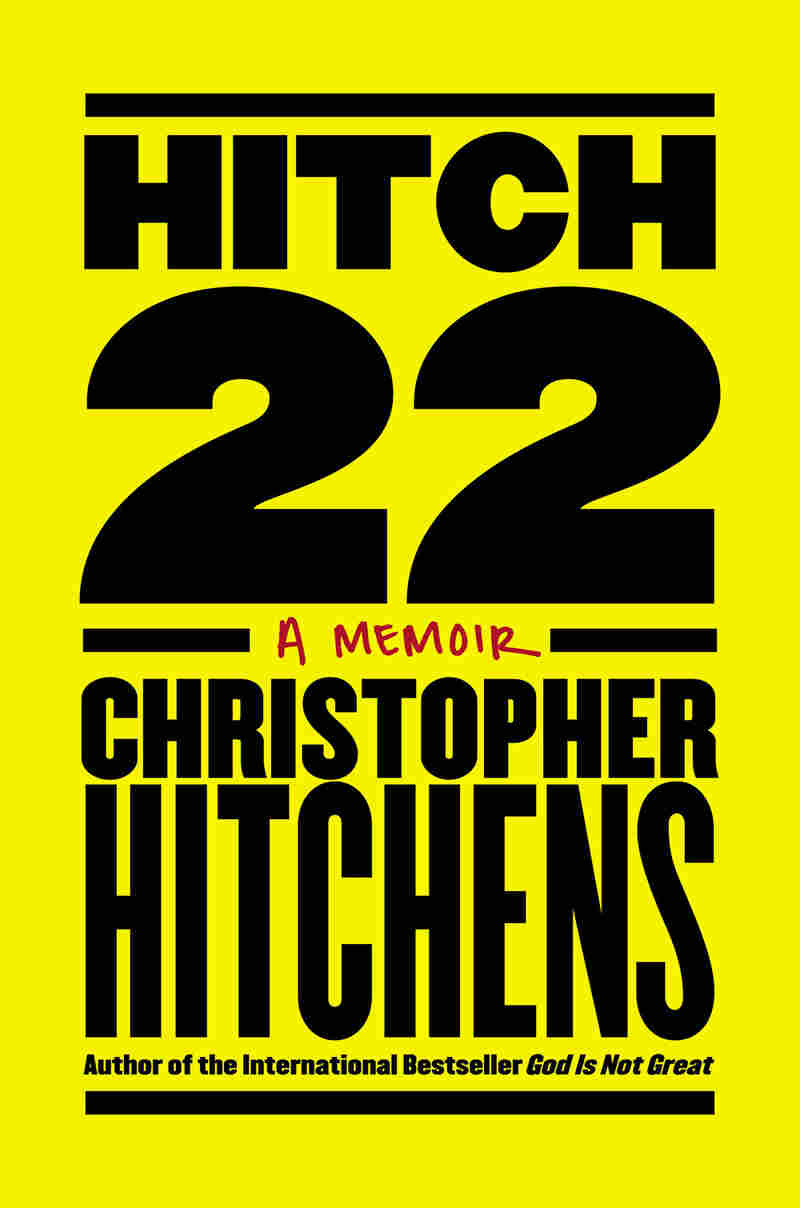 I of course do not believe that it is "Allah" who determines these things. (Salman Rushdie, commenting on my book God Is Not Great, remarked rather mordantly that the chief problem with its title was a lack of economy: that it was in other words exactly one word too long.)

But whatever one's ontology may be, it will always seem tempting to believe that everything must have a first cause or, if nothing quite as grand as that, at the very least a definite beginning. And on that point I have no vagueness or indecision. I do know a little of how I came to be in two minds. And this is how it begins with me:

I am standing on a ferry-boat that is crossing a lovely harbor. I have since learned many versions and variations of the word "blue," but let's say that a brilliant if slightly harsh sunshine illuminates a cerulean sky-vault and an azure sea and also limns the way in which these two textures collide and reflect. The resulting tinge of green is in lambent contrast with the darker vegetation on the hillsides and makes an almost blinding combination when, allied with those discrepant yet melding blues, it hits the white buildings that reach down to the edge of the water. As a flash of drama and beauty and seascape and landscape, it's as good an inaugural memory as one could wish.

Since this little voyage is occurring in about 1952 and I have been born in 1949, I have no means of appreciating that this is the Grand Harbor at Valletta, the capital of the tiny island-state of Malta and one of the finest Baroque and Renaissance cities of Europe. A jewel set in the sea between Sicily and Libya, it has been for centuries a place of the two-edged sword between the Christian and Muslim worlds. Its population is so overwhelmingly Roman Catholic that there are, within the walled city, a great plethora of ornate churches, the cathedral being decorated by the murals of Caravaggio himself, that seductive votary of the higher wickedness. The island withstood one of the longest Turkish sieges in the history of "Christendom." But the Maltese tongue is a dialect version of the Arabic spoken in the Maghreb and is the only Semitic language to be written in a Latin script. If you happen to attend a Maltese Catholic church during Mass, you will see the priest raising the Communion Host and calling on "Allah," because this after all is the local word for "god." My first memory, in other words, is of a ragged and jagged, but nonetheless permeable and charming, frontier between two cultures and civilizations.

I am, at this stage, far too secure and confident to register anything of the kind. (If I speak a few phrases of Maltese, it is not with a view to becoming bilingual or multicultural but in order to address my priest-ridden nannies and the kitchen maids with their huge broods of children. This was the place where I first learned to see the picture of Catholicism as one of plump shepherds and lean sheep.) Malta is effectively a British colony — its most heroic recent chapter the withstanding of a hysterical aerial bombardment by Hitler and Mussolini — and it has remained a solid possession of the Royal Navy, in which my father proudly serves, ever since the Napoleonic Wars. Much more to the immediate point, I am standing on the deck of this vessel in company with my mother, who holds my hand when I desire it and also lets me scamper off to explore if I insist.

So, all things being considered, not too shaky a start. I am well-dressed and well-fed, with a full head of hair and a slender waist, and operating in a context of startling architectural and natural beauty, and full of brio and self-confidence, and on a boat in the company of a beautiful woman who loves me.

I didn't call her by this name at the time, but "Yvonne" is the echo with which I most piercingly and yearningly recall her memory to me. After all, it was her name, and it was what her friends called her, and my shell-like ear detected quite early on a difference between this and the various comfortable Nancys and Joans and Ethels and Marjories who — sterling types all — tended to be the spouses and helpmeets of my father's brother-officers. Yvonne. A bit of class there: a bit of style. A touch or dash of garlic and olive and rosemary to sweeten the good old plain English loaf from which, the fact must be faced, I was also sliced. But more of this when I come to Commander Hitchens. I mustn't pretend to remember more than I really do, but I am very aware that it makes a great difference to have had, in early life, a passionate lady in one's own corner.

For example, noticing that I had skipped the baby-talk stage and gone straight to speaking in complete sentences (even if sometimes derivative ones such as, according to family legend, "Let's all go and have a drink at the club"), she sat me down one day and produced an elementary phonetic reading-book, or what used to be known to the humble as "a speller." This concerned the tedious adventures of a woodland elf or goblin called Lob-a-gob (his name helpfully subdivided in this way) but, by the time I was done with it, I was committed for life to having some sort of reading matter within reach at all times, and was always to be ahead of my class in reading-age.

By this period, however, our family had left Malta and been posted to the much more austere surroundings of Rosyth, another naval base on the east coast of Scotland. I think Malta may have been a sort of high point for Yvonne: all British people were a cut above the rest in a semicolony and there was that club for cocktails and even the chance of some local "help." Not that she longed to wallow in idleness but, having endured a girlhood of scarcity, slump, and then war, she couldn't have minded a bit of color and Mediterranean dash and may well have felt she'd earned it. (On our way back from Malta we stopped for a few hours at Nice: her and my first taste of the Riviera. I remember how happy she looked.) The grayness and drabness of "married quarters" in drizzle-flogged Fifeshire must have hit her quite hard.

But she and my father had first been thrown together precisely because of drizzle and austerity, and the grim, grinding war against the Nazis. He, a career Navy man, had been based at Scapa Flow, the huge, cold-water sound in the Orkney Islands which helped establish and maintain British control over the North Sea. She was a volunteer in the Women's Royal Naval Service or, in the parlance of the day, a "Wren." (My most cherished photograph of her shows her in uniform.) After a short wartime courtship they had been married in early April 1945, not long before Adolf Hitler had shoved a gun into his own (apparently halitosis-reeking) mouth. One young and eager girl from a broken Jewish home in Liverpool, wed to one man twelve years her senior from a sternly united if somewhat repressed Baptist family in Portsmouth. Wartime was certainly full of such improvised unions, in which probably both at first counted themselves fortunate, but I know for a fact that while my father never stopped considering himself lucky, my mother soon ceased to do so. She also decided, for a reason that I believe I can guess, to engage in the not-so-small deception of not mentioning to anyone in the Hitchens family that she was of Jewish descent.

She herself had wanted to "pass" as English after noticing some slight unpleasantness being visited on my grandmother, who in the 1930s toiled in the millinery business. And Yvonne could pass, too, as a light brunette with hazel-ish eyes and (always to my fancy and imagination) a "French" aspect. But more to the point, I now feel sure, she did not want either me or my brother to be taxed with die Judenfrage — the Jewish question. What I do not know is quite what this concealment or reticence cost her. What I can tell you something about is what it meant for me.