Accessibility links
Bonnaroo 2010: Against Me! In Concert Against Me! has polished its rough-hewn punk edges and started writing poppier songs, but it's always been a band about growing up. Appropriately, it's made a transition from basement shows to the sort of anthem-wielding titan that can fill a stadium with sound. Hear Against Me! perform live at the Bonnaroo Music Festival in Manchester, Tenn.

Bonnaroo 2010: Against Me! In Concert

Bonnaroo 2010: Against Me! In Concert 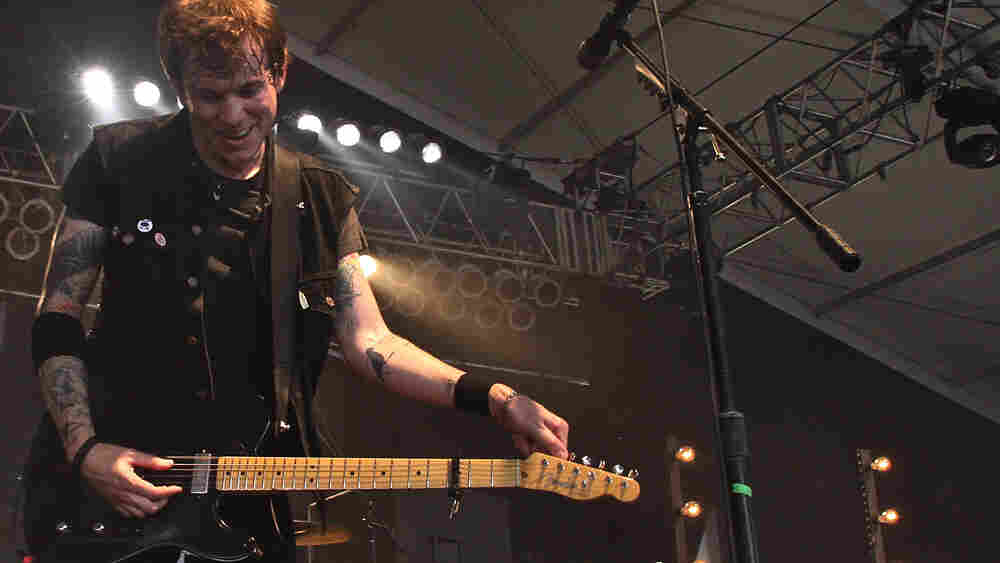 Tom Gabel of Against Me! performs live at the Bonnaroo Music Festival in Manchester, Tenn. Wills Glasspiegel/NPR hide caption 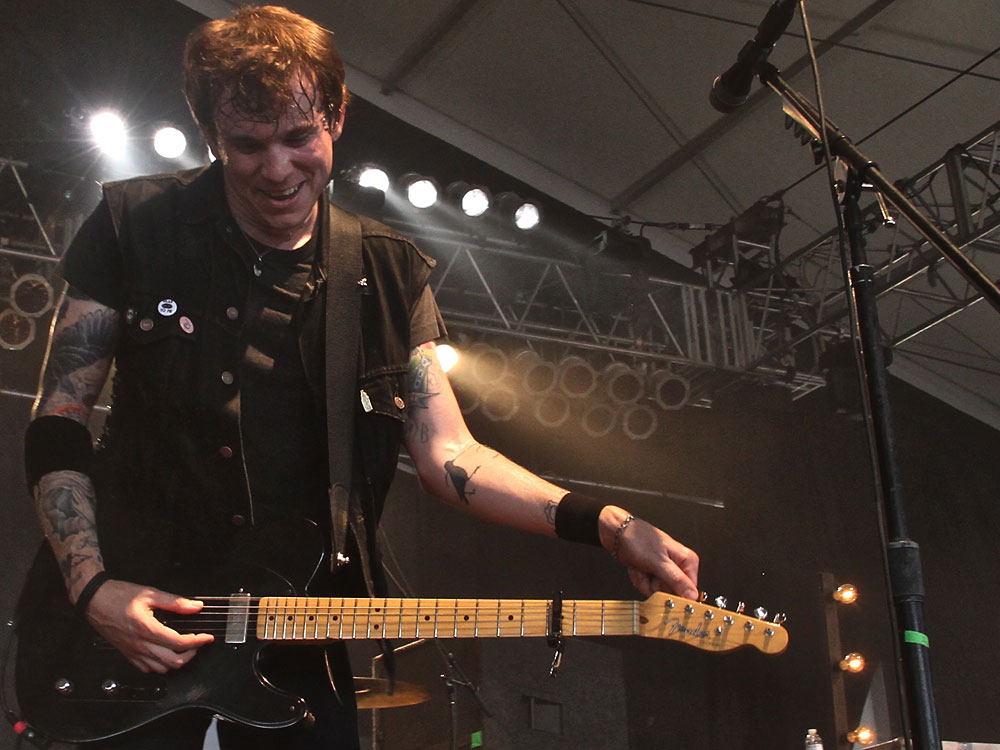 Tom Gabel of Against Me! performs live at the Bonnaroo Music Festival in Manchester, Tenn.

In 2002, I was more or less done with punk rock. It wasn't so much scene politics or the strangely fashionable lack of personal hygiene — the music just didn't matter to me anymore. It felt as if we were just being given three chords and a sneer that seemed more like a self-serving grin. But then a friend dragged me to Finley House (RIP) in Athens, Ga., to see Against Me! play to sweaty, packed and drunken living room.

With an acoustic guitar and a ragged voice, Tom Gabel and his band (a bassist and drummer) shouted anarchist confessionals as the tiny room pulsated. (In fact, I was pushed out the back door as three people fell on top of me.) There was an urgency and an honesty I hadn't quite experienced before — a songwriter frustrated with his surroundings, his government and, more importantly, his own art. To this day, "What We Worked For" remains the anguished epitome of Gabel in that cross-section of his musical life.

But now it's eight years later, and Against Me! is big enough to pack the "This" tent at Bonnaroo. Gabel abandoned his beat-up acoustic for an electric guitar and a full band long ago; his supporting players now include former Hold Steady keyboardist Franz Nicolay. Punks cried foul at first, maybe the same way studded-leather-jacketed kids felt when The Clash started selling out arenas. Many of them still haven't forgiven Gabel for moving to a major label, disowning parts of his past and playing to a younger and often suburban audience.

The rough-hewn edges are gone and the songs are poppier, but as I realized while watching, Against Me! has always been a band about growing up. That doesn't mean that a set list that includes a reflective and reactionary new song ("I Was a Teenage Anarchist") and an older idealist anthem ("Baby, I'm an Anarchist") make Gabel any less complicated of a musical persona. It just means that "being punk" is complicated, set against youthful fervor and the realization that nothing's quite so black and white.