Accessibility links
Haunted 'River' Waters Flow Below A Grand Hotel When Michael Koryta was 8 years old, his father took him to visit the ruins of an American hotel that was once referred to as the Eighth Wonder of the World. Eighteen years later, he's written So Cold the River, a supernatural thriller about the historic hotel and the mysterious waters that run beneath it. 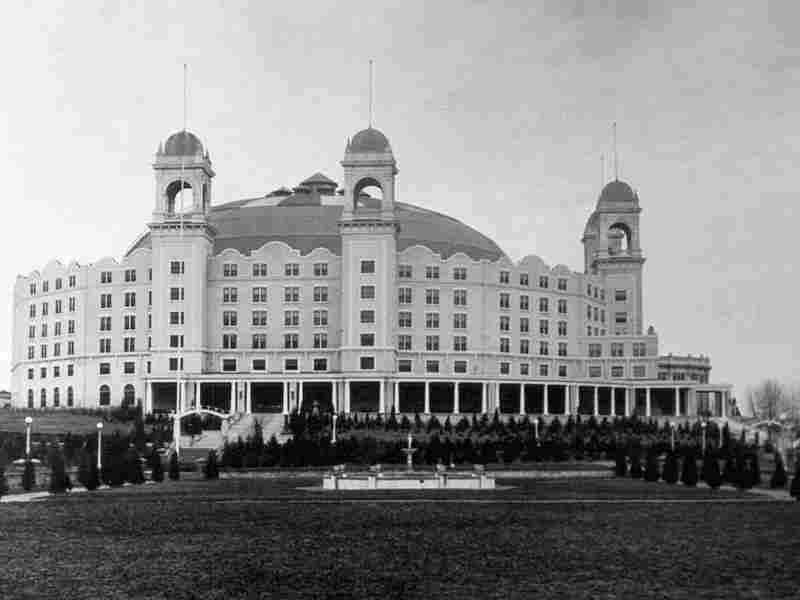 In 1902, the dome that lay atop West Baden Springs Hotel was thought to be the largest in the world. Courtesy of French Lick Resort hide caption 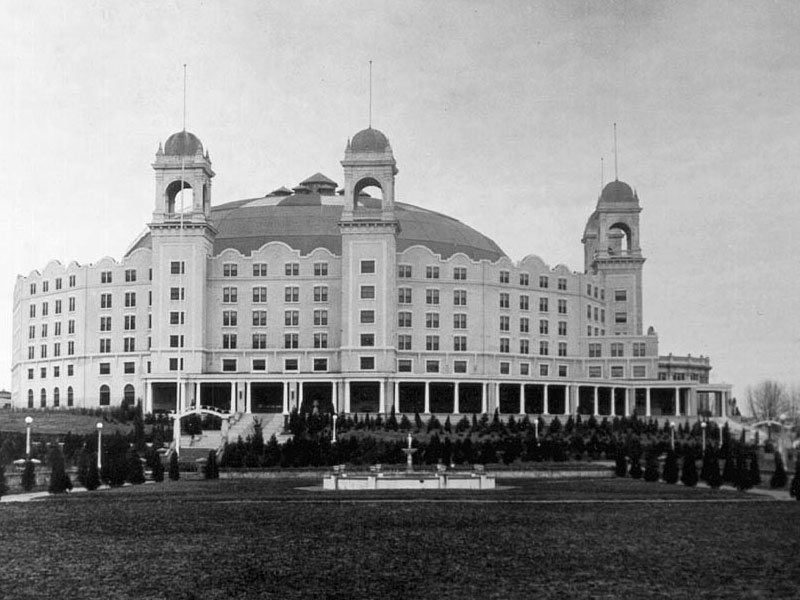 In 1902, the dome that lay atop West Baden Springs Hotel was thought to be the largest in the world.

When crime novelist Michael Koryta was 8 years old, his father took him to visit the ruins of the nearby West Baden Springs Hotel in Indiana -- a hotel that was once so magnificent it was called the Eighth Wonder of the World. It was a visit he wouldn't soon forget.

"It stands out as a very vivid memory because even in that state of disrepair, you could sense the grandeur that had been there," Koryta tells NPR's Michele Norris. "With that arose this question of why had it ever been here, and then why did it disappear? From that point on, I was very interested in the history."

The former reporter and private detective was so interested that he took his time finding the right way to write about it.

"I'd tried for a while to work that setting and that history into a traditional crime novel plot, and it just never worked," he says. "Everything was always returning to a casino heist novel -- which I did not want to write."

It wasn't until he decided to go in a completely new -- and supernatural -- direction that a novel began to take shape.

That novel, So Cold the River, follows filmmaker Eric Shaw as he's hired to uncover and record the history of a dying man who has left precious little information about his roots, save for the name of his hometown -- West Baden Springs -- and a bottle of Pluto Water -- a substance manufactured in nearby French Lick, Ind., around the turn of the century that claimed to cure any affliction known to man.

Shaw's search takes him to a newly restored West Baden Springs Hotel and the mysterious Lost River -- an evil force that flows around and under the hotel -- to confront the ghosts of his client's past. 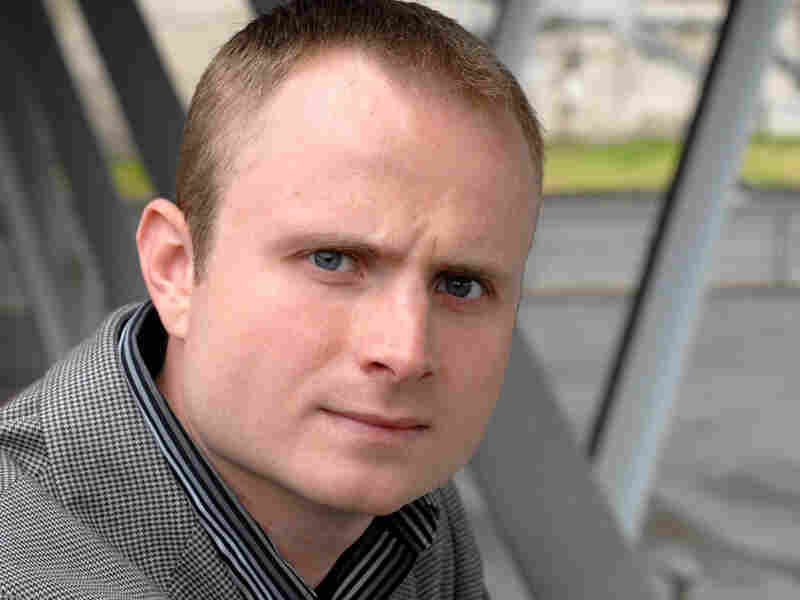 Michael Koryta's Envy the Night won him the Los Angeles Times book prize in 2008. So Cold The River is his sixth book. Ulf Andersen hide caption 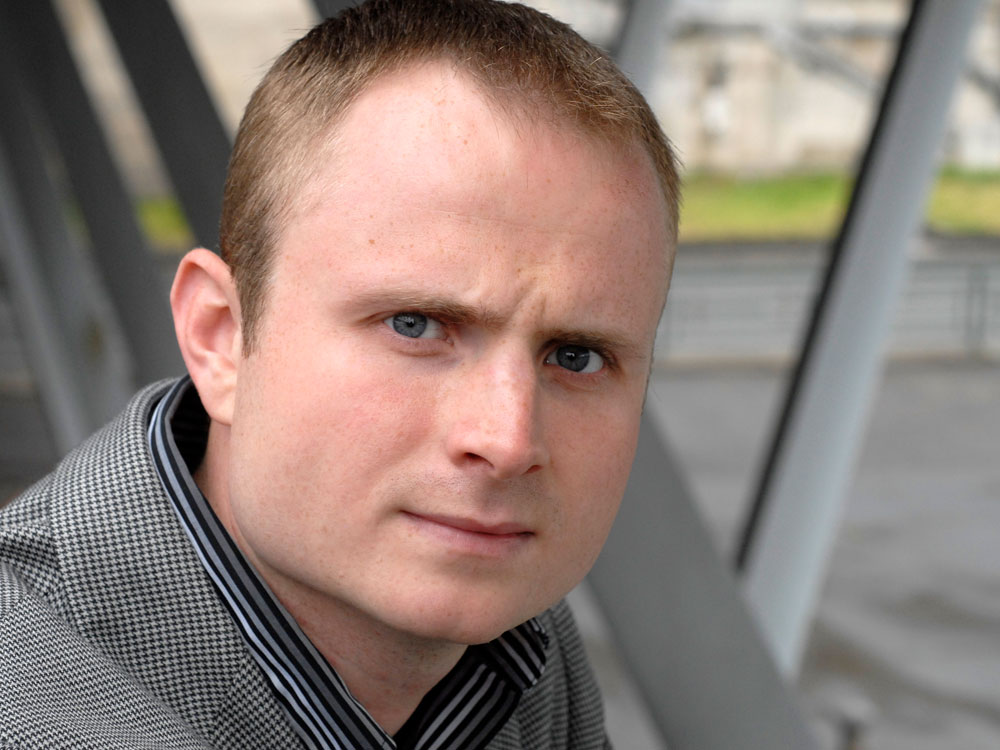 Michael Koryta's Envy the Night won him the Los Angeles Times book prize in 2008. So Cold The River is his sixth book.

It's a chilling tale, but Koryta is quick to assert that it is not a "haunted hotel story."

Hear The Song That Inspired The Book

"It's more about the water and towns themselves," he says.

And, apparently, also the music. Koryta says the architecture of the West Baden Springs Hotel informed the story just as much as the music he listened to while writing it. He cites the song "Short Trips Home" by Indiana native violinist Joshua Bell and fellow Hoosier composer Edgar Meyer as an especially significant source of inspiration.

"The song itself is just scorchingly beautiful," he says. "It's an Americana-, folk-inspired piece, but there's this joined quality of beauty and sorrow," he says.

He says the performer's history and motives, which play a significant role in the novel's narrative, all arose from the song itself.

"It's just a haunting song," he says. "He hits notes that still just put chills down my spine."

Koryta's book is likely to do the same.

Excerpt: 'So Cold The River' 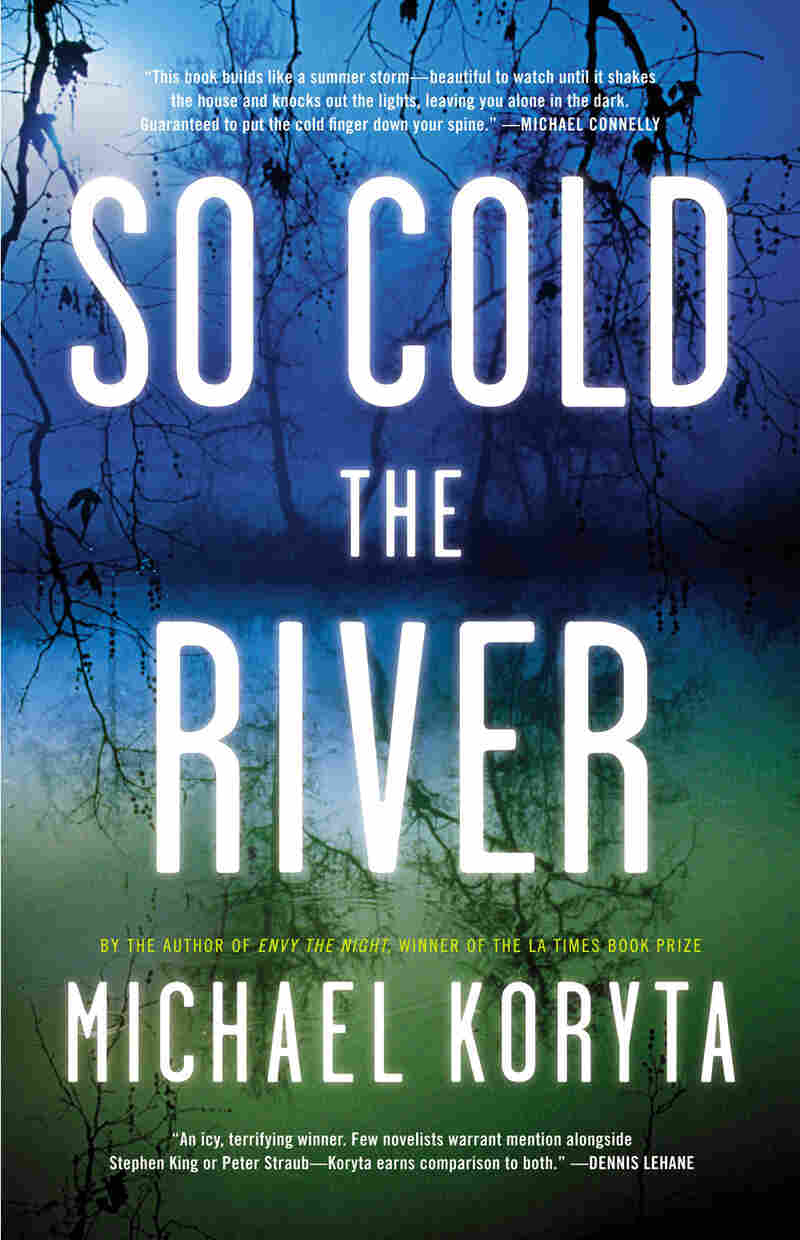 You looked for the artifacts of their ambition. That was what a sociology professor had said one day in a freshman seminar, and Eric Shaw had liked something about the phrase, wrote it and only it in a notebook that would soon be forgotten and then discarded. Artifacts of their ambition. Only through study of those things could you truly understand people long departed. General artifacts could be overanalyzed, layered with undue importance. It was critical to find things that indicated ambitions and aspirations, that tired bit about hopes and dreams. The reality of someone’s heart lay in the objects of their desires. Whether those things were achieved did not matter nearly so much as what they had been.

The phrase returned to Eric almost two decades later as he prepared a video montage for a dead woman’s memorial service. Video life portraits, that’s what he called them, an attempt to lend some credibility to what was essentially a glorified slide show. There’d been a time when neither Eric nor anyone who knew him would have been able to believe this sort of career lay ahead for him. He still had trouble believing it, in fact. You could live a life and never comprehend exactly how you found yourself in it. Hell of a thing.

If he were fresh out of film school, he might have been able to convince himself that this was merely part of the artist’s struggle, a way to pay the bills before that first big break. Truth was, it had been twelve years since Eric claimed his film school’s highest honor, twelve years. Two years since he’d moved to Chicago to escape the train wreck of his time in L.A.

During his peak, thirty years old and landing bigger jobs with regularity, his cinematography had been publicly praised by one of the most successful movie directors in the world. Now Eric made videos for graduations and weddings, birthdays and anniversaries. And funerals. Lots of funerals. That had somehow become his niche. Word of mouth sustained a business like his, and the word of mouth about Eric seemed to focus on funerals. His clients were generally pleased by his videos, but the funeral parties were elated. Maybe on some subconscious level he was more motivated when his work concerned the dead. There was a greater burden of responsibility there. Truth be told, he operated more instinctively when he prepared a memorial video than when he did anything else. There seemed to be a muse working then, some innate guiding sense that was almost always right.

Today, standing outside a suburban funeral parlor with a service about to commence, he felt an unusual sense of anticipation. He’d spent all of the previous day -- fifteen hours straight -- preparing this piece, a rush job for the family of a forty-four-year-old woman who’d been killed in a car accident on the Dan Ryan Expressway. They’d turned over photo albums and scrapbooks and select keepsakes, and he’d gotten to work arranging images and creating a sound track. He took pictures of pictures and blended those with home video clips and then rolled it all together and put it to music and tried to give some sense of a life. Generally the crowd would weep and occasionally they would laugh and always they would murmur and shake their heads at forgotten moments and treasured memories. Then they’d take Eric’s hand and thank him and marvel at how he’d gotten it just right.

Eric didn’t always attend the services, but Eve Harrelson’s family had asked him to do so today and he was glad to say yes. He wanted to see the audience reaction to this one.

It had started the previous day in his apartment on Dearborn as he was sitting on the floor, his back against the couch and the collection of Eve Harrelson’s personal effects surrounding him, sorting and studying and selecting. At some point in that process, the old phrase came back to him, the artifacts of their ambition, and he’d thought again that it had a nice sound. Then, with the phrase as a tepid motivator, he’d gone back through an already reviewed stack of photographs, thinking that he had to find some hint of Eve Harrelson’s dreams.

The photographs were the monotonous sort, really -- everybody posed and smiling too big or trying too hard to look carefree and indifferent. In fact, the entire Harrelson collection was bland. They’d been a photo family, not a video family, and that was a bad start. Video cameras gave you motion and voice and spirit. You could create the same sense with still photographs, but it was harder, certainly, and the Harrelson albums weren’t promising.

He’d been planning to focus the presentation around Eve’s children -- a counterintuitive move but one he thought would work well. The children were her legacy, after all, guaranteed to strike a chord with family and friends. But as he sorted through the stack of loose photographs, he stopped abruptly on a picture of a red cottage. There was no person in the shot, just an A-frame cottage painted a deep burgundy. The windows were bathed in shadow, nothing of the interior visible. Pine trees bordered it on both sides, but the framing was so tight there was no clear indication of what else was nearby. As he stared at the picture, Eric became convinced that the cottage faced a lake. There was nothing to suggest that, but he was sure of it. It was on a lake, and if you could expand the frame, you’d see there were autumn leaves bursting into color beyond the pines, their shades reflecting on the surface of choppy, wind-blown water.

This place had mattered to Eve Harrelson. Mattered deeply. The longer he held the photograph, the stronger that conviction grew. He felt a prickle along his arms and at the base of his neck and thought, She made love here . And not to her husband. 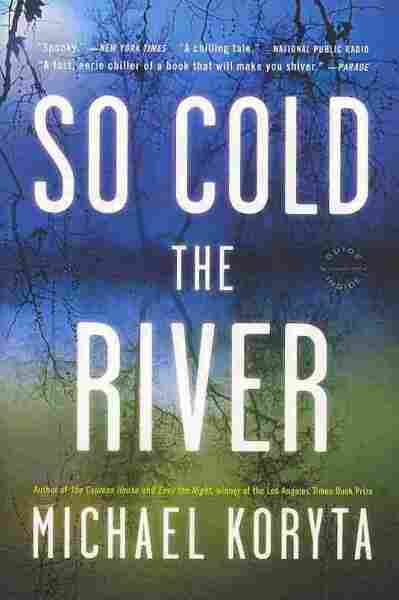 So Cold The River