Accessibility links
Band Of Gypsies: Haydn And Brahms At Spoleto Festival Musicians at the 2010 Spoleto Festival U.S.A. bring out the "Gypsy" in Haydn and Brahms. The newly renovated Dock Street Theater in Charleston, S.C., plays host to Gypsy-inspired sounds. 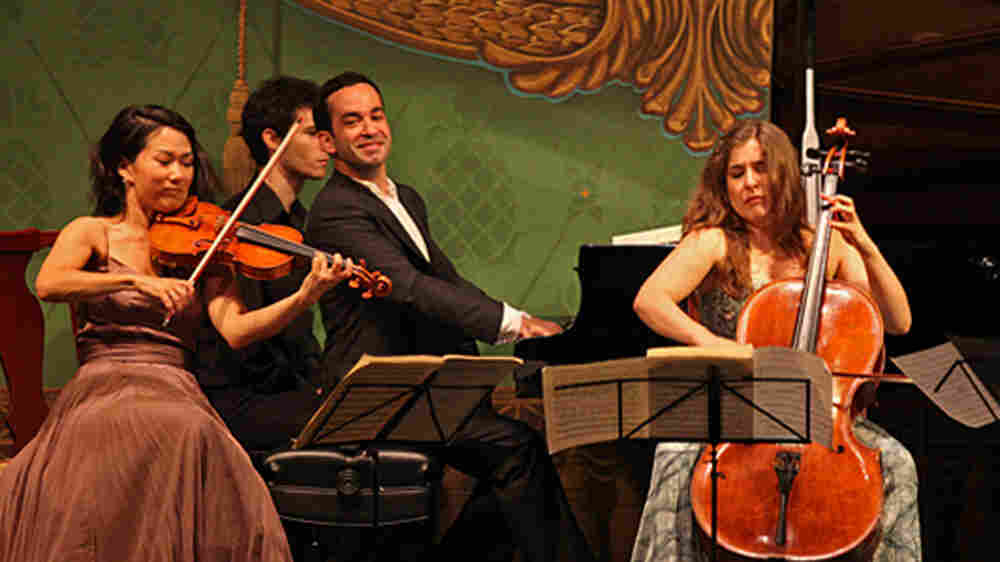 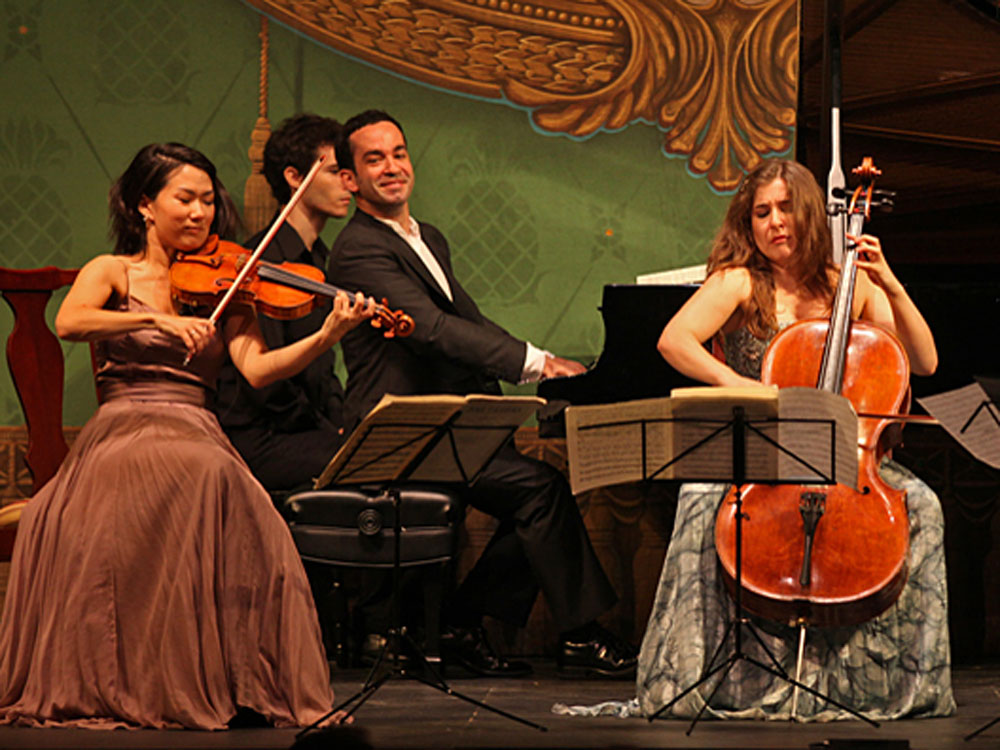 Band Of Gypsies: Haydn And Brahms At Spoleto Festival

Band Of Gypsies: Haydn And Brahms At Spoleto Festival

From the stage of the freshly spiffed-up Dock Street Theatre in Charleston, S.C., Geoff Nuttall, the newly minted chamber music director at the Spoleto Festival, hosts a concert that exposes the wilder side of two seemingly mild-mannered composers: Joseph Haydn and Johannes Brahms

"Spiffed up" is no exaggeration. The theatre has just emerged from a three-year, $18 million renovation that takes the building back to its 18th-century origins — sort of. The "current" Dock Street Theatre was built in the 1930s, but is meant to follow the design of the original 1735 theatre, thought to be the original performing-arts house in all of North America.

Indeed, as you walk into the theatre, you instantly feel as if you've stepped back in time a couple of centuries: elegant burnished woodwork, lighted sconces, 18th-century reproduction plasters. The detail is breathtaking. But appearances can be deceiving, too. Backstage, the amenities are perhaps even more impressive: air conditioning, washers and dryers, noise-calculating shock absorbers and fiber-optic cables. Cutting-edge and old-school traditional, side by side.

And that's not unlike the sight of watching Nuttall stride onstage, iPad in hand, to introduce works by the unlikely "Band of Gypsies" — Haydn and Brahms.

First, there's Haydn's Piano Trio No. 39, often referred to by its nickname, "Gypsy Rondo." The music, Nuttall says, dates from Haydn's late years in London, when he had rock-star-like status, with all the trappings that suggests, including a girlfriend on the side. In the Trio's final movement (as in other of his pieces), Haydn borrowed the Gypsy strains he'd heard around the fringes of the Austro-Hungarian empire, and used them almost as "commentary," creating a rollicking Rondo A l'Ungarese ("In the Gypsy style") finale.

It's followed by more Gypsy-inspired sounds by Brahms. Like Haydn, Brahms saves the folk-infused rhythms and melodies for the finale ("Rondo alla Zingarese") of his chamber piece — the Piano Quartet in G minor. Brahms heard music by Roma refugees, who made their way north to Hamburg in the wake of the 1848 Hungarian uprising, and later toured with a Hungarian fiddler.

The Bank of America Chamber Music Series at Spoleto is a co-production of South Carolina ETV Radio and WDAV-FM.