Accessibility links
More Misery! More Death! More Cruelty!: The Onset Of Dystopia Fatigue One more horrible-nightmare movie trailer has put us over the top, and it is time to explain that we are suffering from a serious case of dystopia fatigue. 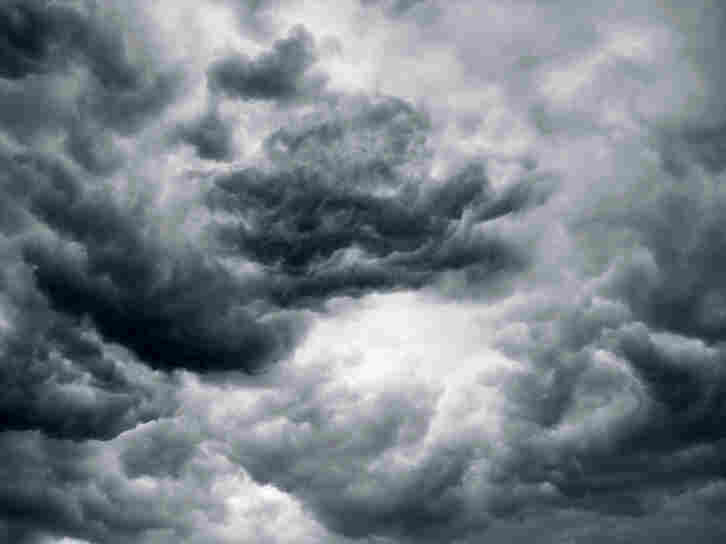 Critics I respect frequently raise the question of why other people -- both audiences and other critics -- have embraced Glee. It's corny, the music is overproduced, the dialogue can be cringe-inducing; what's with the warm public embrace?

Just a hint: check the title. It's called Glee, for the love of Busby Berkeley, and we are currently in a period of such critical and popular dystopiphilia (yes, I made that up) that it sometimes feels like once in a blue moon, it would be nice to enjoy something because it is enjoyable, nevermind the fact that it isn't about the dark, cavernous emptiness that is the heart of mankind.

This is why I fall behind on shows like Breaking Bad. I have seen it; I have admired it. I have seen its grisly, bloody excesses surrounded by first-rate acting and first-rate writing. It deserves every word of praise that has been given to it. Of course, to watch it, you have to want to spend a lot of time in a miserable world of amoral and often eye-poppingly violent bleakness. Which is, coincidentally, the same world you have to enter if you want to enjoy much if not most of the television drama that is taken seriously by critics, including Sons Of Anarchy, Dexter, and, of course, that classic of unrelenting horror, The Wire. Even Mad Men is less violent but generally just as devoid of hope and just as centered on unhappiness.

This cannot all be laid at the feet of critics, of course: audiences have embraced crime procedurals that detail more and more gruesome acts of horror committed by one human being against another, and comedies where everyone resents and dislikes each other, and yes, reality shows in which it's difficult to even focus on the substance of the behavior (good or bad) because the craven desire for attention is so distracting.

The world of film is largely the same. How many hopeless, miserable depictions of the future can we possibly digest? How many different versions of "technology will turn us into soulless automatons with televisions for heads" and "here is the part where we kill the last tree on Earth" and "one eyepatched hero will have to rescue us all" can one human being truly enjoy? How many times can the concept of constant human suffering be placed in a grimy frame and nailed to a wall and effectively titled Deal With THIS before the eye just stops seeing it?

You know why adults embrace Pixar movies? In fact, you know why they embrace kids' movies in general? I am firmly convinced that part of the reason is that you're allowed to make a kids' movie that doesn't make everyone who sees it want to go home and crawl in bed, never to emerge again, having given up all hope for the human race. Adults I know have thoroughly enjoyed Up and How To Train Your Dragon and Cloudy With A Chance Of Meatballs, and are excited about Toy Story 3, not because they are kids' movies, but partly because they're not so utterly exhausting to the soul.

It struck me while I was watching the trailer for the new film Never Let Me Go, set in -- you guessed it -- "a dystopian Britain," and based on the Kazuo Ishiguro novel shortlisted for the Booker Prize.

I, for one, have dystopia fatigue.

It's not just from the concept of a true, traditional dystopia like the one in Never Let Me Go or the one featuring the for-profit organ harvesters in Repo Men. I have dystopia fatigue from too many depictions of humanity that are so cynical and so empty that they cease to speak to me. Don't get me wrong -- I loved The Wire. I love Mad Men, and I will make it through Breaking Bad. No Country For Old Men is a fine movie, and so was Precious.

But even in comedy, what seems most current? Darkness. The awkward pause. The cringe. The sneer. Liz Lemon. Michael Scott. One of the things I love about Modern Family is its balance of dark jokes with genuine warmth, but the show took a fair amount of heat for ending its season with a sequence focusing on the fact that this is a family full of people who really love each other. You can get as dark and as biting as you want, and nobody will say, "That was a little too dark and biting." But one too many smiles, and you can start counting down to the first time you'll hear the word "saccharine." Booo, smiling!

I'm not sure I'm buying anymore that sad endings are any more daring than happy ones, or that worlds in which everyone is a merciless, heartless shell are necessarily any more imaginative than Full House. Bleakness and quality are plotted on different axes. Uplift is not automatically lazy. Hopelessness is not necessarily more carefully thought out than hope.

Many families are basically happy. Many couples are really in love. Singing in a choir feels amazing. Those things do not make up all of life, but it's sometimes nice when they at least elbow their way into the landscape a little.