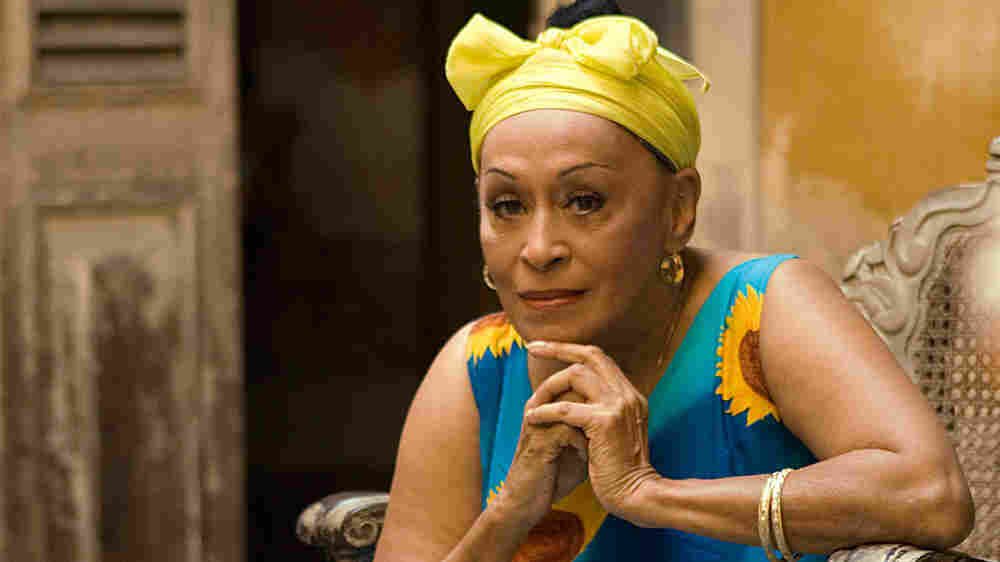 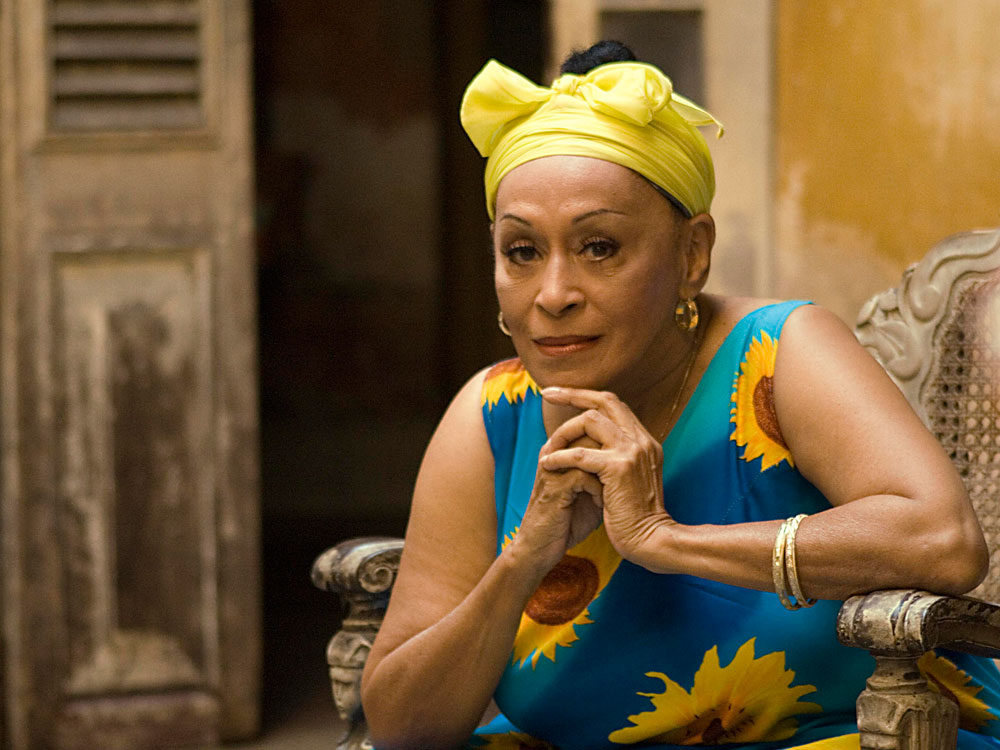 Omara Portuondo is a legend of Cuban music, with a career spanning more than 50 years. Her life story is amazing: She's been a singer, dancer, actress and world traveler on behalf of her country, though most of us in the U.S. came to know her through her singing with the Buena Vista Social Club.

At 81, Portuondo is beautiful, glamorous and a focused performer. For our session at WFUV, she agreed to being videotaped and really played to the cameras in the studio. She charmed me the entire time, and kept saying I seemed like a "good person." We spoke mostly through a translator, but Portuondo often slipped into English.

Portuondo was in the U.S. for a tour that brought her to Carnegie Hall, the venue where she famously appeared with Buena Vista Social Club in 1996; that concert was captured in the Wim Wenders documentary of the same name. For this performance, she was joined by Cuban pianist Roberto Fonseca, a relative newcomer and a real talent.