Accessibility links
Jason Moran: 'Ten' Years Later Moran's new album, Ten, is like a stack of progress reports -- on his personal growth as pianist and as a composer, on the development of a trio with stable personnel for a decade, and on how jazz itself has progressed over the last 10 years. 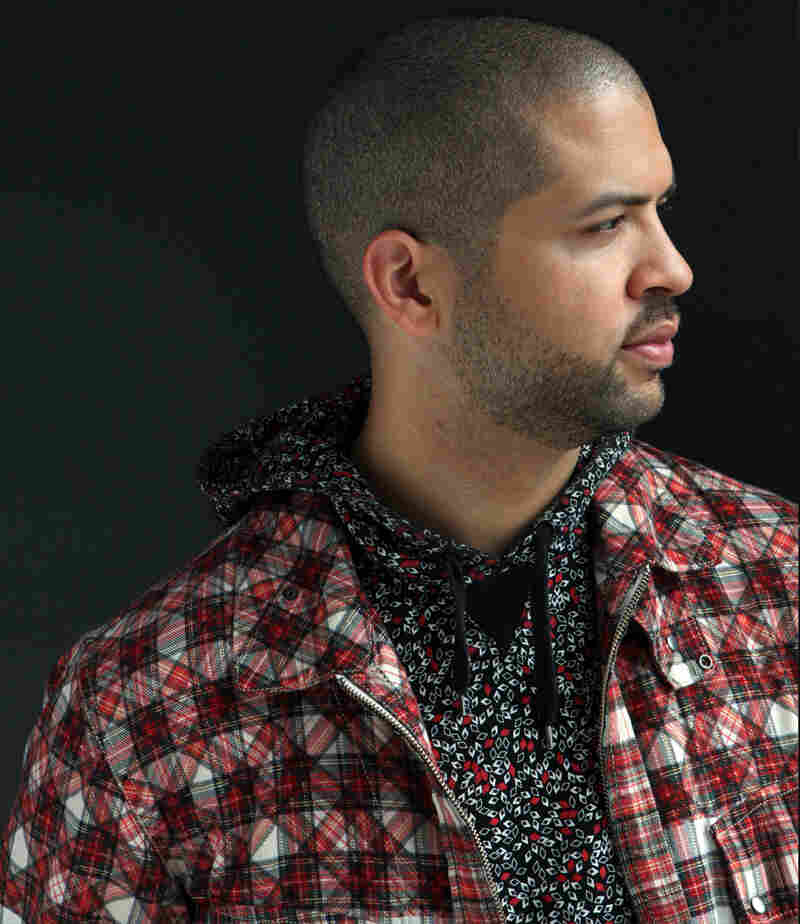 After 10 years with his trio, Jason Moran demonstrates the growth of both jazz and his own music. Clay Patrick McBride hide caption

Jason Moran's new album, Ten, is like a stack of progress reports, on his personal growth as a pianist and as composer, on the development of a trio with stable personnel for a decade, and on how jazz itself has progressed in the last 10 years. It includes the latest installment in his continuing series of "Gangsterism" pieces; "Gangsterism Over Ten Years" is informed by rap and hip-hop's speech rhythms, narrow melodic range and love of a catchy instrumental hook. But it also shows how hip-hop influences have been folded into jazz's ongoing dialogue with rock and soul beats. Tarus Mateen on big-bodied bass guitar and Nasheet Waits on drums bring on the funk, even if they're low in the mix.

As a retrospective of the last decade, the album Ten also collects music Moran has written for film and dance projects. "Feedback Part 2," composed for the Monterey Jazz Festival salutes the legendary 1967 Monterey Pop fest that helped make Jimi Hendrix a star. A looped sample of Hendrix guitar feedback floats over the trio as seemingly unrelated layers are superimposed.

Moran also plays pieces by some of the pianists who've influenced him, to remind us what he owes them. He draws on Andrew Hill's subtlety, Jaki Byard's love of historical piano styles and Thelonious Monk's compositional logic. Moran's take on Monk's "Crepuscule With Nellie" is jazz cubism; he fragments and reorders parts of the melody to make us hear it from a new angle.

As an interpreter, Moran thinks big. His new CD has two distinct versions of composer Conlon Nancarrow's "Study No. 6," one of his typically thorny pieces for player piano. Smoothing out its rhythms, Moran brings out the lyricism in the written line; on one take, Mateen and Waits lay down a thundering post-Captain Beefheart beat.

Ten also updates 1920s stride piano, and turns vaudeville star Bert Williams' understated "Nobody" from 1906 into a two-fisted swinger. Moran likes splashy gestures, but he can be subtle, too, bringing out the blues in Leonard Bernstein's "Big Stuff." Jason Moran has come far in 10 years, as a pianist and leader, but he hasn't traveled alone. His trio The Bandwagon confirms the value of working groups; sometimes, musicians make the most progress by sticking together. They let the music develop, one decade at a time.