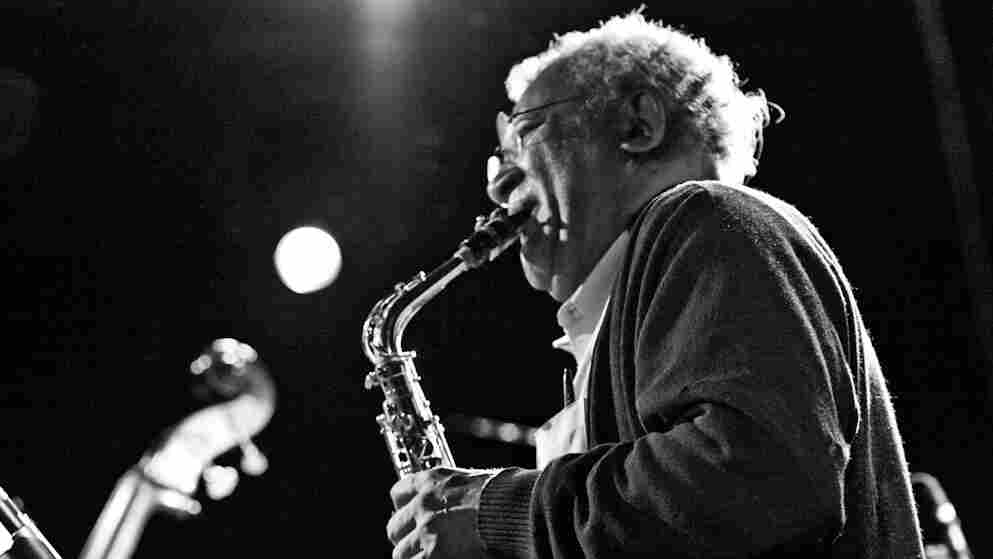 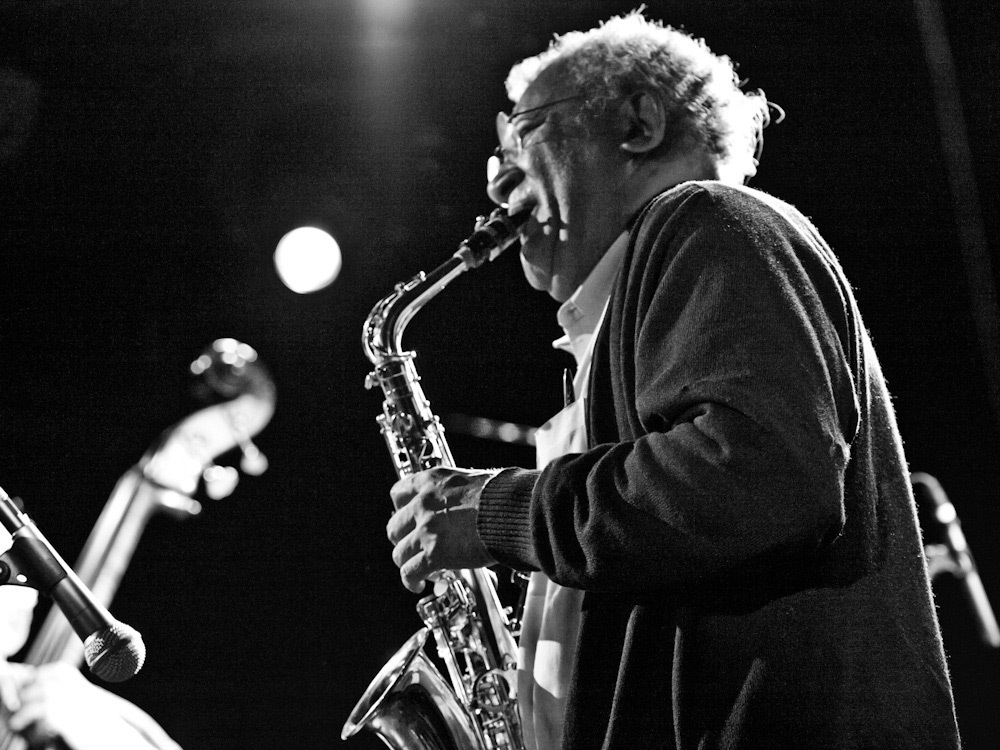 Flanked by members of his 12+2tet on the stage of Le Poisson Rouge June 18, ready to launch into one of his rollicking compositions, multi-reedist and composer Anthony Braxton couldn't have looked happier. After thanking all the musicians who came to pay tribute in honor of his birthday, he added with a grin, "If you have to be 65, this is the best way to do it."

The concert, titled "Tri-Centric Modeling: Past, Present and Future, I" — the first of a two-part celebration and fundraiser co-produced by Braxton's Tricentric Foundation and the Darmstadt Institute — opened with an incantation on bagpipes by Matthew Welch. Saxophonist Steve Coleman and trumpeter Jonathan Finlayson offered duos woven from their own fluid counterpoint, flutist Nicole Mitchell and Black Earth Strings lithely swung spun-out melodies, and the John Zorn-Dave Douglas-Brad Jones-Gerry Hemingway quartet discoursed in the wild, driven language of the downtown scene.

Braxton himself took the stage twice before he performed with the 12+2tet, which you can hear at the top of this page, first catching his frequent partner, master of electronics Richard Teitelbaum, by surprise. Teitelbaum had prepared samples from recordings of previous dates with Braxton with the intention of playing solo; the two meshed so seamlessly that many in the audience assumed that Teitelbaum was sampling Braxton live.

Braxton also joined his former quartetmates: pianist Marilyn Crispell, bassist Mark Dresser and drummer Gerry Hemingway. A renowned ensemble, this was the moment everyone had been waiting for. Unannounced, Braxton strode up to the stage, entering the flow during one of the group's dexterous shifts between compositions. With Crispell playing arched chords, her face hidden by a curtain of hair, Dresser bouncing his right hand off the strings with a modified karate chop and Hemingway laying down a crisp beat, Braxton dove into the fray with quick patter and swam through the texture with strong and lean tenor tones. It's a moment you can hear at the top of the page.

The gathering was a testament to not only Braxton's creative prowess and continued vitality, but also his impact on the avant-garde and the community of musicians that has formed around him.