Accessibility links
Five More Fictional Beings Bella Swan Should Fall Madly In Love With We've got five more potential love interests for the heroine of the upcoming Twilight Saga: Eclipse, and she'd be lucky have any of them. 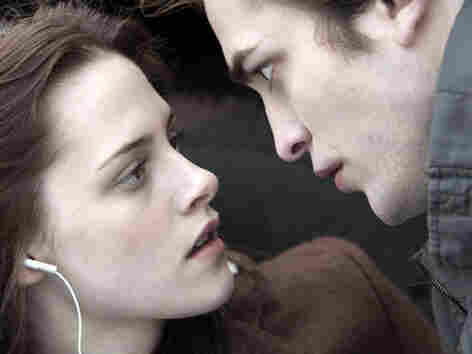 I have always said that it seems like an impressive coincidence that Bella Swan -- of Twilight fame -- had one boyfriend who was a vampire, and then found another one who was a werewolf.

In the same town. I mean, what are the odds? There are towns in the United States where running into both a Unitarian and a Presbyterian at T.G.I.Friday's would make you think, "Hey, this place is quite a bit more diverse than I thought!" But Bella found a vampire and a werewolf. In a row. In high school.

Yes, yes, her magical blood smells like cookies, her scent is as one hundred Milk Bones doused in the juices of a thousand T-bone steaks. Still, you have to admit: that's unusual.

So naturally, I got to thinking: if she can attract a vampire and a werewolf, she apparently has a knack for mythical creatures, and although she's always going to wind up in the ice-cold, red-lipped, guylinered, sparkly embrace of her beloved for all eternity (and beyond), there's no reason she can't have a few more dates before they make this whole thing permanent.

1. Dancing Broom from The Sorcerer's Apprentice. The great thing about Bella dating a broom is that while Edward and Jacob both provide protection and impressive biting abilities, there's no indication that either of them can literally clean up after our heroine. Bella would, let's say, come into the house with sand on her bare feet, and Broomy would come over, stare at her meaningfully, and then: sweepsweepsweep. No more sand. Bella would be utterly blown away by this display of care and protection. Added bonus: Adorable phone sign-off could be, "You're more wooden." "No, you're more wooden." "Wuv you." [Click.]

2. Mogwai from Gremlins. I could go into detail, but it comes down to this:

3. Snow Miser. It's fairly clear at this point that, unlike many ladies, Bella has a thing for cold dudes. And as we learned in The Year Without A Santa Claus, Snow Miser has the goods when it comes to this. For a lot of women, calling yourself "Mr. Icicle" and "Mr. Ten Below" would be a turn-off, but not for Bella. No, not for her the warm-blooded and cozy-making. The more frost, the better. And the song does say "he's too much." I know he's no bloodsucking quasi-vegetarian, but old Pouty McFlannelShirt might want to get on that, because she could be missing out.

4. Aquaman. As comics blogger Glen Weldon has pointed out, Aquaman has had quite a difficult road. He gets teased a lot, he dies, he comes back, he unexpectedly turns into a jerk and then back into ... whatever he is normally. Bella would love this kind of drama. Something about the possibility of Bella being kissed while ringed with seaweed just seems kind of right.

5. Eeyore. Match made in heaven, people.