Accessibility links
How To Write A Page-Turner: Tips From ThrillerFest 2010 More than 800 thriller aficionados have gathered in New York to trade secrets about the art of writing and the business of publishing suspenseful reads. It's the annual ThrillerFest — a "summer camp" of sorts, where aspiring writers have the opportunity to mingle with best-selling authors. 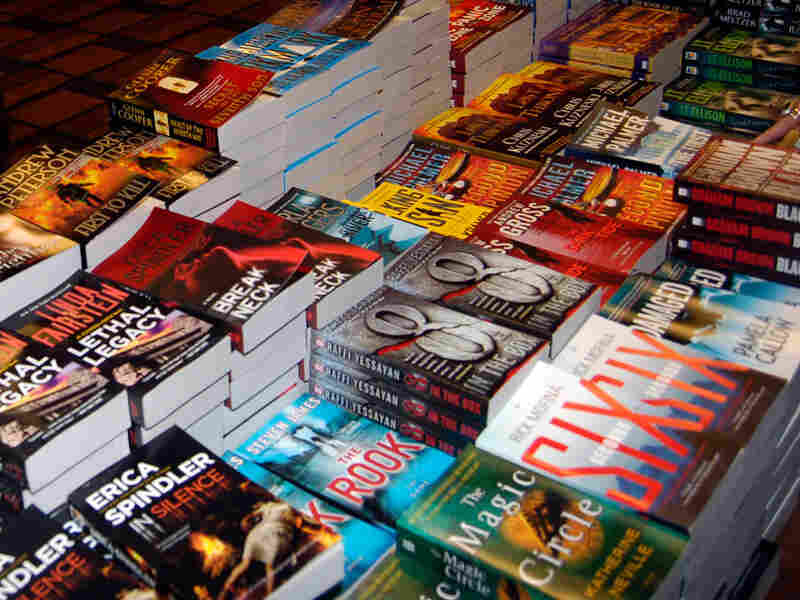 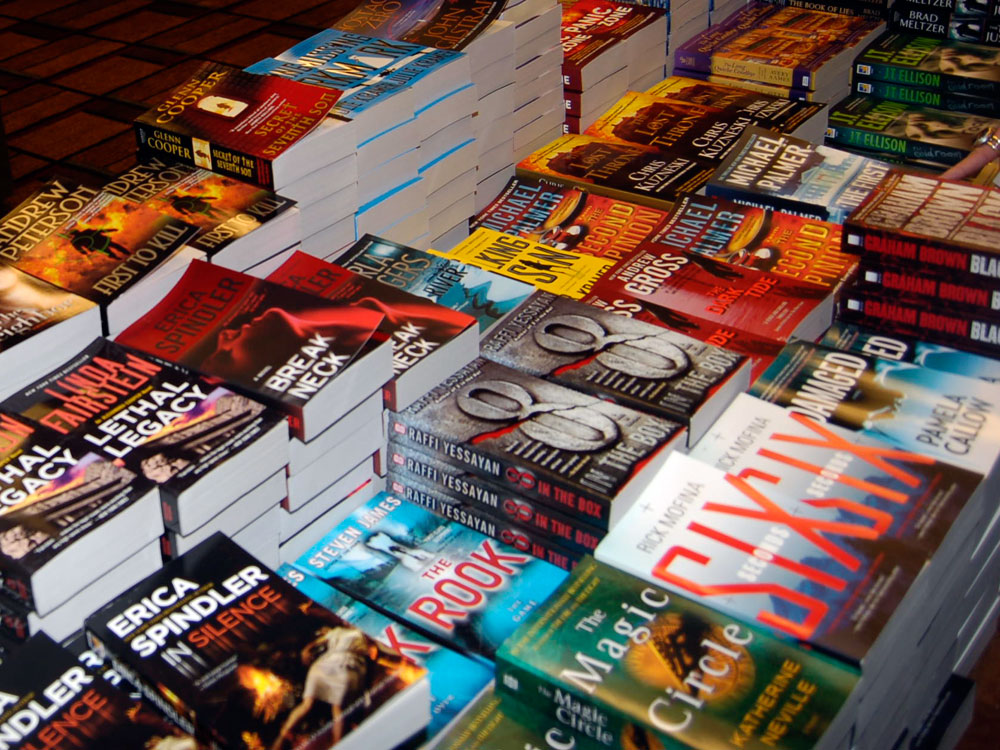 We've all heard of the page-turning thriller — a story so suspense-rich and action-packed that you just can't put it down. But how exactly do authors write those pages that readers can't stop turning?

For four days, 800 thriller aficionados get together to try to answer that question. It's the annual ThrillerFest — a "summer camp" of sorts for writers, aspiring writers, and avid thriller readers — taking place July 7-10 in New York City. Writers of all different levels of experience and success mix, mingle and trade secrets about the art of writing thrillers and the business of getting them published.

The halls of the conference floor at the Grand Hyatt Hotel are filled with new authors absorbing words of wisdom about everything from character development to how to create an ending. Eric Van Lustbader, who has published five Jason Bourne novels (he took over the series after Robert Ludlum died), tells his audience that their heroes and heroines must have flaws.

"The human condition is not perfect, so characters shouldn't be perfect," he says.

Lustbader encourages writers to think of their own flaws — or their enemies' flaws — to create a realistic character. Over the course of the book, the character will work to correct those flaws. "If you make your character ... missing a piece of him or herself, by the end of the book they need to be healed," he says. "[But] that doesn't mean they are perfect, because nobody is perfect."

From The Thrilled To Death Series

At ThrillerFest, the relatively new authors in the audience have the opportunity to talk with some of the genre's best-selling authors like David Morrell, Steve Berry and Ken Follett. Many attendees have manuscripts they are trying to sell; some have published nonfiction and now want to try their hand at the thriller genre. Some have been mentored by more experienced writers, and many have communicated online. They're all different ages, and from all over the country.

Mike Draper is currently working on a novel — and admits he has some revisions to do. He says ThrillerFest has taught him that it's best to have least two plot twists in a novel.

"I think mine only has one, so that is something I have to work on," he says.

Mike van Blerkom is an engineer looking to switch careers and become a writer. He says if ThrillerFest has taught him one thing, it's that the villain's character needs to be as fully developed as the hero's. "The villain drives the story," he says.

Some attendees are looking for publishers and agents. Todd Honeycutt hopes someone will pick up his book: "It is about a religious fanatic," he explains, "who is basically trying to use American robotic technology and try to take over the whole world."

Follett's a big name — but he's not holed up in a greenroom; he and other best-selling writers are wandering around, chatting with people, giving advice and excited to be teaching.

"This is my fourth time here," says Van Lustbader, author of more than 30 books, including The Ninja and, most recently, The Last Snow. "I usually don't like conferences at all, but I love this one because the people who come here are people who want to write, really can write, and really want to learn."

The aspiring writers here are enthusiastic and savvy, but it's easy to be perplexed by the publishing industry right now — there just isn't a lot of money out there for marketing. New writers admit that they need help navigating their fledgling careers — and are grateful to have ThrillerFest as an opportunity to learn from the genre's finest.