Accessibility links
Marketers Worry About Selling 'Inception' To Flyover Territory Simpletons Those who are marketing Inception are a little worried that it won't play in "Middle America." Where the people, apparently, are a little more simple. 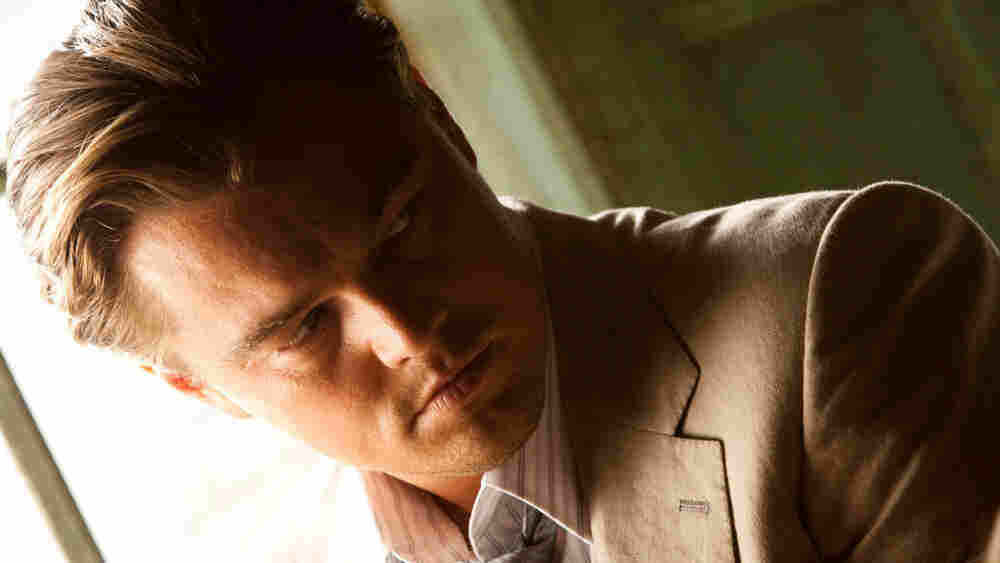 Leonardo DiCaprio stars in Inception. You may have heard of it if you live in New York. Stephen Vaughan/Warner Brothers Pictures hide caption

While reading this piece about the marketing challenges presented by the upcoming psychological thriller Inception, I came upon this passage:

"Nobody thinks it's a bad movie," an exec from a rival studio stressed. "The question is whether it's going to be the real breakout picture that everybody seems to think or just the darling of the East and West coasts and miss the rest of the country."

There lies the rub: how to entice Middle America without a lot of complicated explication? It obviously helps that "Inception" was helmed by Batman's favorite director and stars a maturing American heartthrob.

My goodness! How shall we "entice Middle America without a lot of complicated explication"? Let's spread corn kernels on a path to the theater in the hopes that they will be confused into thinking it's harvest-related and they'll just come a-runnin'! Let's call it Hoedown instead of Inception; maybe that will help!

Let me tell you this: I've lived in Middle America, and every time a Hollywood personality of any stripe says "Middle America" as if he's saying "unsophisticated one-celled organism in a petri dish," eyes roll so hard it almost sets off the tornado sirens.

They have live theater in the middle of the country. They have music, they have universities, they have art movies, and they have people who are capable of understanding the plot of a Leonardo DiCaprio movie just as well as the people in New York.

I realize this may come as a shock. I will now give you a moment to recover.

One other thing: if you absolutely must discuss the difficulty of marketing films to Middle America, please use smaller words so you can be read outside of the Eastern and Pacific time zones. I don't think that word -- "ex-pli-ca-tion" -- has come to the upper Midwest yet.