Accessibility links
Fairuz: Lebanon's Voice Of Hope You don't have to be Lebanese to know the voice of Nihad Haddad, better known as Fairuz. She sang for a united Lebanon, even when the country was engulfed in a bloody civil war. 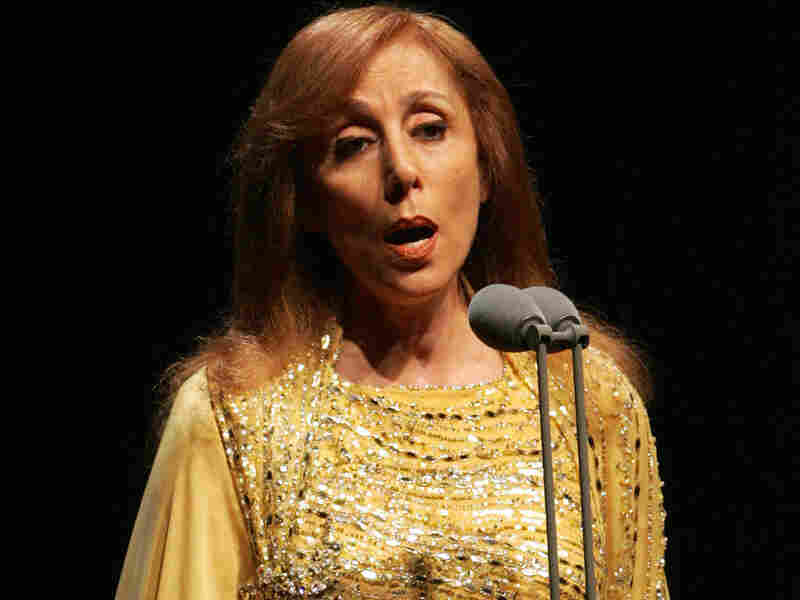 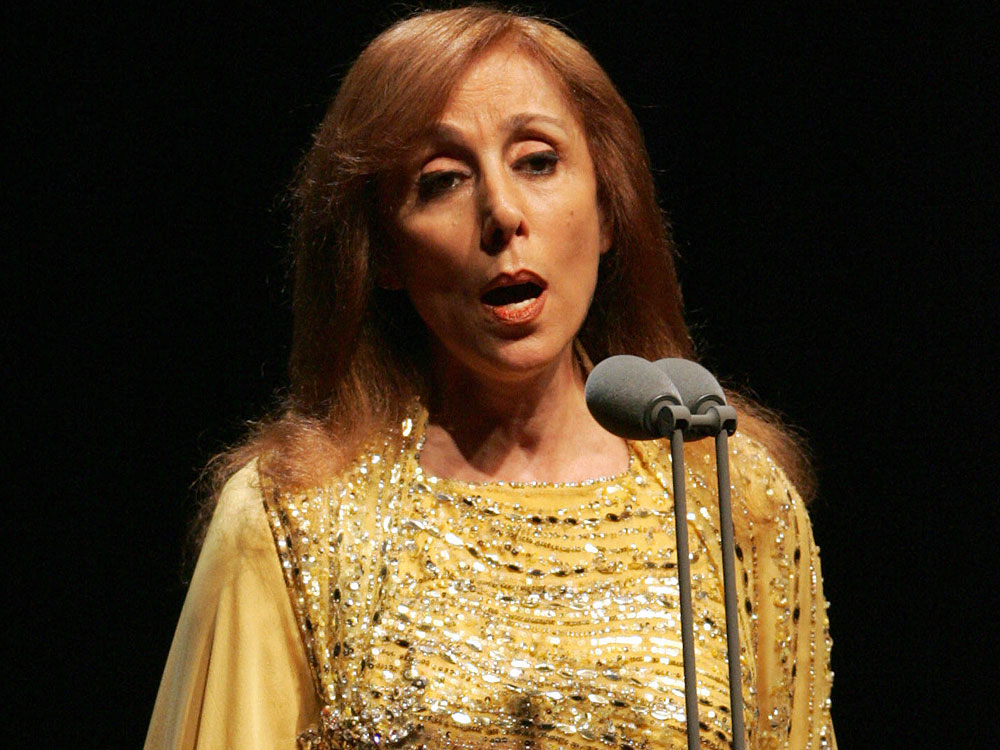 You don't have to be Lebanese to know the voice of Nihad Haddad, better known as Fairuz -- Arabic for "turquoise." The man who discovered her described her voice as a rare gem, capable of working in both Arabic and Western music. Virginia Danielson, an expert on Middle Eastern music at Harvard University, says Fairuz's voice is delicate yet versatile.

"It's extremely flexible," Danielson says. "She can produce the kind of ornaments and the delicacies of pitch and intonation that are so much a part of Arab music with great ease, and her singing very often feels effortless."

Fairuz appeared on Syrian and Lebanese radio at a time when the airwaves were dominated by traditional Egyptian music. While these songs typically lasted half an hour, Fairuz's songs -- composed by her husband, Assi Rahbani, and his brother Mansour -- were short, sweet and modern.

The singer's career began as Lebanon gained independence, linking her inextricably to the country's history. During Lebanon's bloody civil war, when Beirut split in two in the 1970s, Fairuz refused to take sides. She decided not to perform in Lebanon at all, instead touring exclusively overseas. For Fairuz, music was her political activism, and the war-weary Lebanese clung to it. They latched on to one song in particular during this desperate time. It's called "Behebak Ya Libnan," or "I Love You, Lebanon," and it's still beloved in Lebanon today.

"She sang about a unified Lebanon, its north to its south, hills, valleys, in poverty and richness," says Nasser al Taee, associate professor of musicology at the University of Tennessee.

For many of her countrymen, Fairuz encapsulated the core of what it meant to be Lebanese. Her voice took them to another place as they fled the war and began new lives, and her impact spread beyond Lebanon, too. The Palestinians, for example, adopted "Sanarjiou," or "We Will Return," as their own anthem.

Part of Fairuz's appeal was her music's accessible themes, such as village life in the mountains of Lebanon -- songs about nightingales, drunken neighbors, the smell of jasmine, fig trees and vineyards and a bus ride from the village of Himalaya to Tanourin ("Al Bhosta").

Though Fairuz is often referred to as "the Lebanese diva," her concerts -- performed all over the world -- weren't flashy affairs with outrageous costumes. Instead, she brought traditional dancers and an orchestra, relying on her voice to carry her performances. Oud player Bassam Sabbagh says he remembers teasing her for her seemingly aloof stage persona.

"We used to always criticize her with love, that she is very serious on the stage," he says.

Fairuz's demeanor is a large part of the singer's mystique: At her most animated, she claps or waves her hands to the music. But even so, her appeal is cross-cultural, stretching to the West and winning her fans from Paris to Las Vegas. They may not understand her words, but that doesn't stop her from selling out large concert halls.

Today, at 74, Fairuz remains a living part of Lebanon's culture. She still refuses interviews, lives in Beirut and sings the Passion for Good Friday each year at church. Her voice, while not as powerful as it used to be, has aged gracefully, and she even has a new album in the works. Fans around the globe are waiting to hear it.