Accessibility links
Billy West: The Many (Cartoon) Voices In His Head If you've watched cartoons in the past few decades, you probably know Billy West's voice: He's played Philip J. Fry, Professor Farnsworth, Dr. Zoidberg and Zapp Brannigan on Futurama, plus Bugs Bunny and Elmer Fudd in Space Jam (and more). West explains how he comes up with his voices -- and demonstrates a few of his favorites. 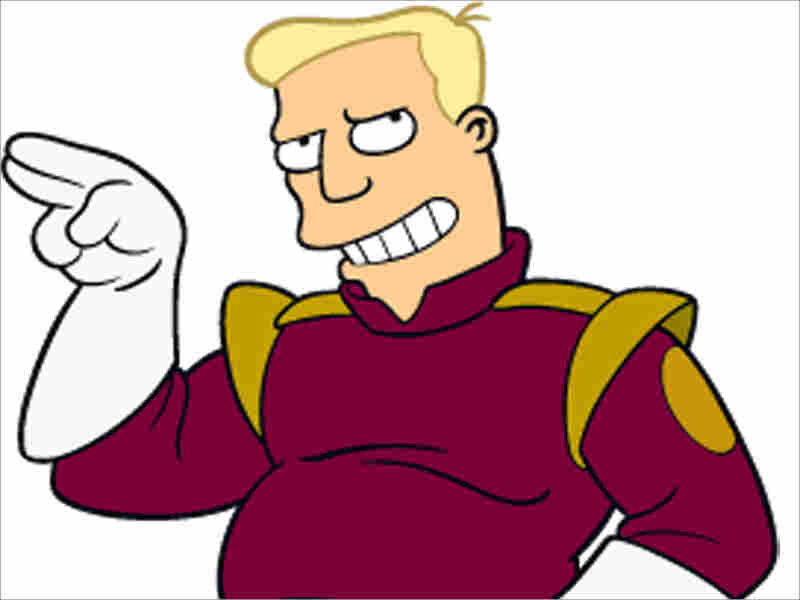 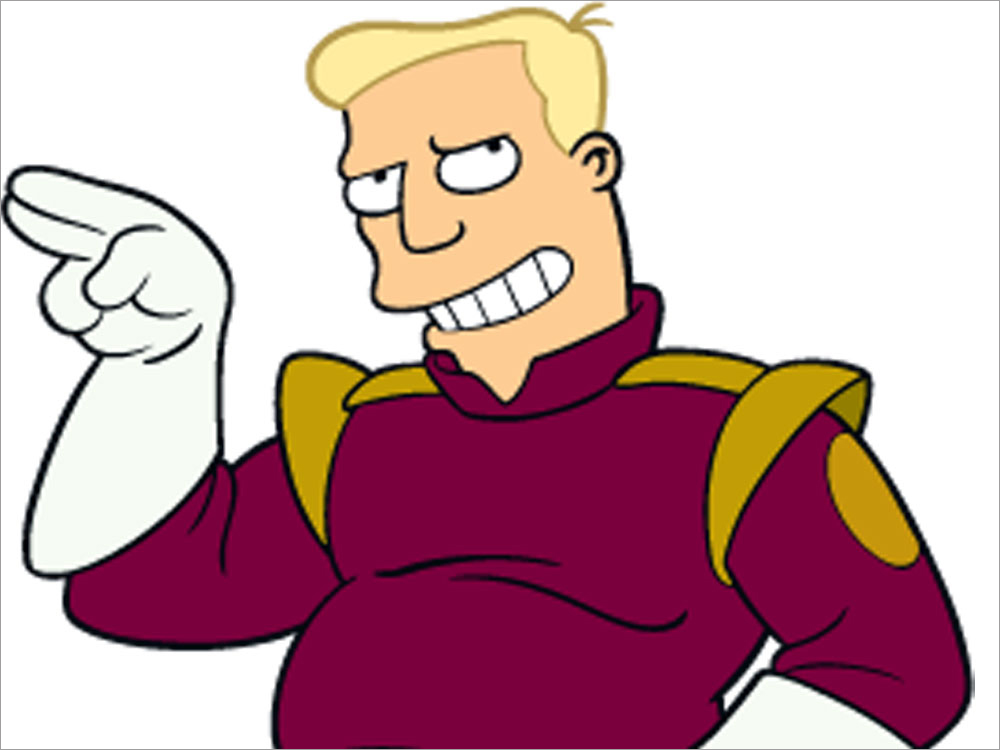 Futurama's clueless starship commander Zapp Brannigan is just one of the many cartoon characters voiced by Billy West over the years.

You may not recognize the name Billy West, but his voices are unmistakable.

West plays the characters Philip J. Fry, Professor Farnsworth, Dr. Zoidberg and Zapp Brannigan on the animated series Futurama, which recently began airing new episodes on Comedy Central after a seven-year hiatus. He provided the voices of Bugs Bunny and Elmer Fudd in the 1996 movie Space Jam and played both Ren and Stimpy at various points on Nickelodeon's animated show Ren and Stimpy. In 1998, Entertainment Weekly named him the heir to voiceover royalty when it dubbed him the "new Mel Blanc."

"You have to have some kind of power of observation, almost like a trained observer," he explains. "You watch people and study them the way an alien would. ... It's also kind of an ear a voice performer has, where they're able to hear things in real life, and they're able to grab hold of it and then amplify it through another character or a direct impression.

'We Can Cover Ourselves'

"But the throat just kind of falls into line once you realize in your head what it is. You got to remember the musicality of a character you're going to do."

West's other roles include Popeye in a recent anniversary special, the red M&M in various commercials, Zim on the pilot episode of the Nickelodeon show Invader Zim and Doug Funnie on the TV show Doug.

From 1989 to 1995, he regularly appeared on The Howard Stern Show, imitating everyone from Mia Farrow and Leona Helmsley to Maury Povich and Elton John.

On playing multiple characters in Futurama

"It happens mostly in real time. Like if there's a run within an act and there is, say, three characters involved that I do, and then there are some others that other people do, I'll just keep reading through the script -- one character, and then if another one pops up, I'll do that in real time. We try to get a whole scene done, so I shift gears a lot." 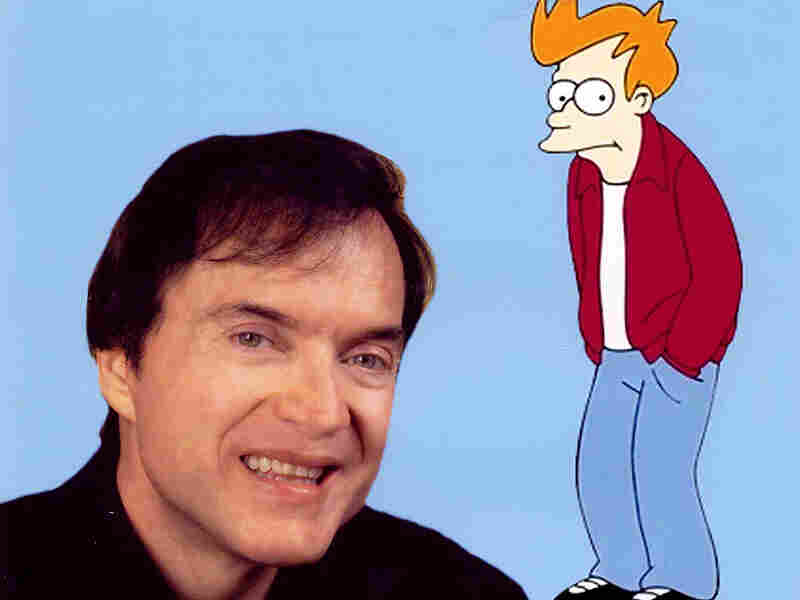 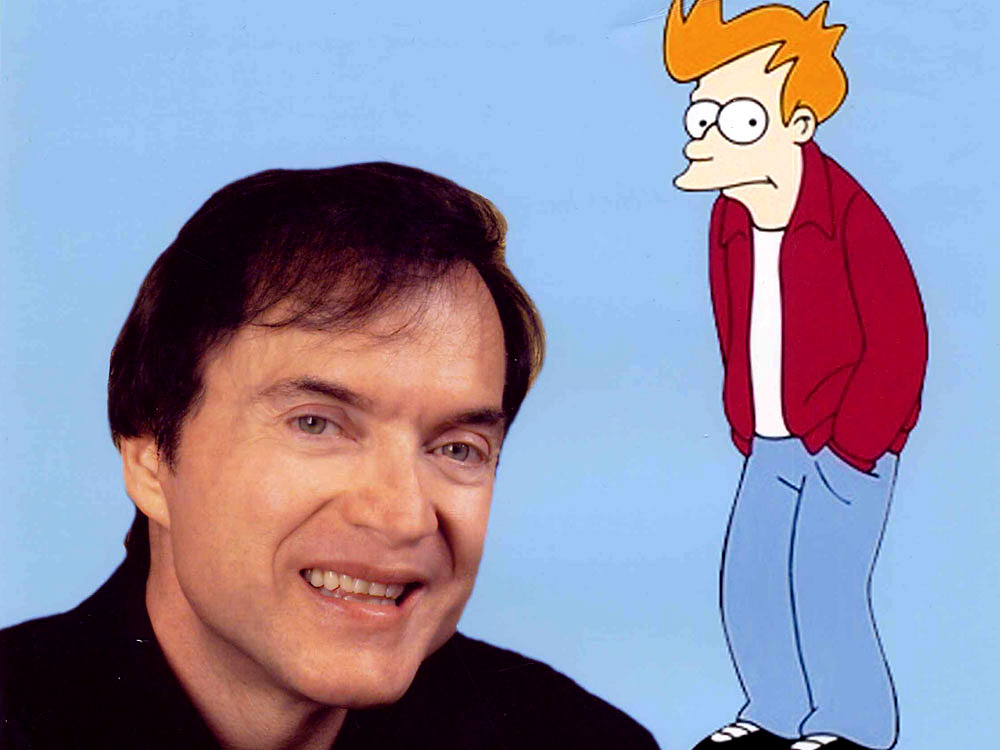 West, who was a cast member on The Howard Stern Show in the early 1990s, also voices Philip J. Fry, the main character on Futurama.

"His voice is basically what I sounded like when I was 25. Kinda plain vanilla. I had nothing special about my voice, really. And I just thought, 'Well, I know that character so well.' ... [T]o try to do someone else's real voice is kind of tough."

"He was based on a lot of disc jockeys I grew up with because I worked in radio ... and they loved more than anything else in the world the sound of their own voice. ... They never let it go. ... They had to swing with every pitch. They had to fill the air with their voice. ... And then I loved the big dumb announcers from the old days, too. Their voice sounded like the last voice in the world, but it almost became comical."

"He sort of fades in and out. ... He's doddering, and he's a combination of lots of different wizards and Burgess Meredith and [The Wizard of Oz's] Frank Morgan and all those kinds of things all rolled up into one." 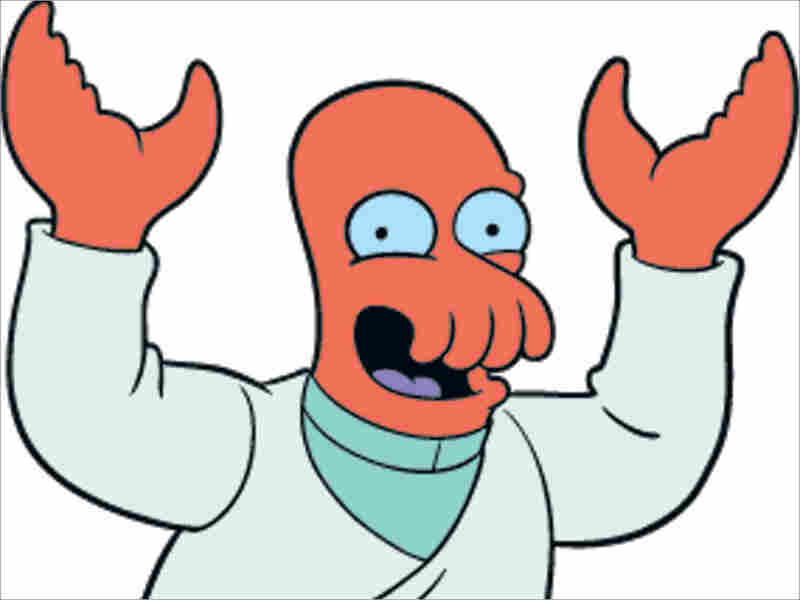 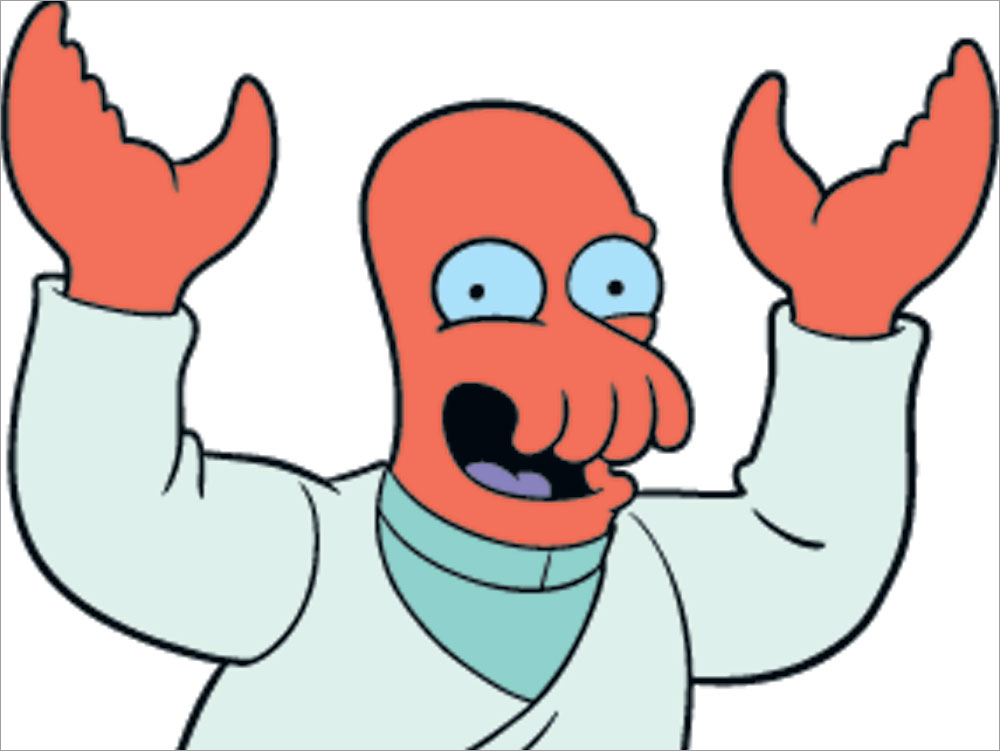 On Dr. John A. Zoidberg

"That voice is a combination of a couple of people in show business that I always found really funny and interesting. ... One was from vaudeville ... named George Jessel, and he was the 'Toastmaster General of the United States,' and he would always have appropriate toasts for every occasion. And he had a kind of a marble mouth. ... And the other guy was an actor by the name of Lou Jacobi. He was in the movie Arthur."

"I loved Jack Mercer, and I got him. I understood him. And what helped me understand that Popeye voice -- it's a high voice and a low voice at the same time -- cause when I was a kid, we all used to try to do that and we all stunk. It didn't sound right. So one day, I see this film -- it was an independent film called Genghis Blues. And it was about this blind singer in San Francisco who wrote a hit for Steve Miller. ... And he was listening to a world-band radio one night, and he heard this strange noise. And it was a program about Tuvan singers. And Tuvans had a way of singing where they could do one and two voices. And I realized, 'Oh man, that's how this guy did it. Jack Mercer.' [He imitates both voices.] There'd be two voices, an octave apart. And he'd put them together."

On being both successful and visually anonymous

"I don't worry about that. As long as I can apply my craft, I'm happy. I have no more of an agenda than somebody who wants to bring something to the table. You know, I'm closer to being an artist because I've always been that. Even when I was coming through school, I was a loner and I used to study music and play it and play it, and I was in bands. I just wanted to do something cool."