Accessibility links
'Inception,' Art, Edelstein, And The Impossibility Of Accounting For Taste We take a moment to examine the current hubbub over David Edelstein's review of Inception and the more damaging trend of rallying behind "perfect" scores from critics.

'Inception,' Art, Edelstein, And The Impossibility Of Accounting For Taste

'Inception,' Art, Edelstein, And The Impossibility Of Accounting For Taste 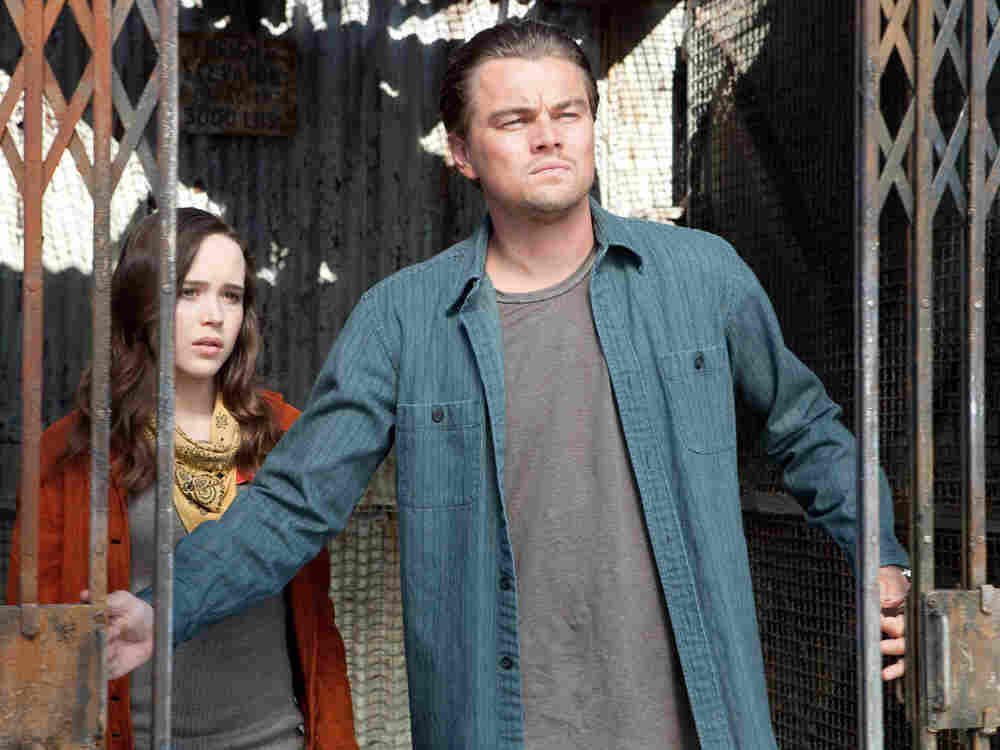 If the nature of art is that it moves the audience, and the nature of being moved is a connection to emotions that are inherently personal, then unanimous critical praise doesn't make sense.

If the nature of art is simply that it pleases and entertains, and if the nature of being pleased and entertained is the collision of a piece with your individual sensibilities, then unanimous critical praise doesn't make sense. Furthermore, if that's the case, a dissenter certainly can't be argued with, because if the aspiration is simply to provide pleasure, then the failure to provide it is, in fact, real failure.

In spite of all this -- in spite of all the reasons to believe that a 100 percent rating on Rotten Tomatoes not only is the emptiest and dumbest of aspirations for a film but almost certainly means that someone somewhere was feeling timid, and probably also means that critics come from far too narrow a slice of humanity -- the first critic not to like a praised film continues to be pilloried, not only by superfans but in some cases, remarkably, by other critics. We are currently in the middle of one of these unseemly exchanges, concerning the Christopher Nolan film Inception.

Inception has received glowing praise from lots of critics. Not joining in the throwing of confetti, however, is David Edelstein, who panned it in New York Magazine. [Edelstein also reviews for NPR's Fresh Air.] He also threw in a dig at its popularity, saying, "I truly have no idea what so many people are raving about. It’s as if someone went into their heads while they were sleeping and planted the idea that Inception is a visionary masterpiece and -- hold on ... Whoa! I think I get it. The movie is a metaphor for the power of delusional hype -- a metaphor for itself."

The use of the word "delusional" puts Edelstein right where he doesn't want to be: in the camp where different responses -- even wildly different responses -- to a film have to be explained by something in particular, and if you can't find anything else, there's always the blunt instrument of plain old distorted reality and, even more damning, falling for "hype."

Predictably (he had experienced the same thing after not liking The Dark Knight), Edelstein found others just as eager to explain his response. Patrick Goldstein claimed on one of the Los Angeles Times' blogs that Edelstein didn't pan the movie in spite of, but instead because of, its popularity. This was a patently silly argument, given that outside his own unnecessary wanderings into the motives of other critics, Edelstein spent the other 90 percent of his review detailing all the substantive things he didn't like about the movie.

So, to summarize the story thus far: "You're delusional." "You're a contrarian."

Next were the necessary rebuttals to Goldstein (this one is especially good and thoughtful), and it's probably not over yet.

This is not what discussions of film are supposed to be about. This will not make any of us smarter. Aggregations of reviews (and the resulting "scores" at a place like Rotten Tomatoes or Metacritic) are useful as rough approximations of critical reception, but not only is there no reason to prize perfect scores, there is every reason to be suspicious of them. There is every reason to believe that a robust and thoughtful critical response overall will necessarily include those for whom something didn't work as intended.

Most importantly, there is no reason why dissenting reviews have to be explained any more than ones that lots of other people agree with. No matter how many people are looking at a movie from the same critical angle you are, the center point is the movie, not you. A critic is there to explain her position relative to the film, not relative to you. Critics who disagree are precisely the same distance from each other. It's a standoff: "Why are you over there?" "Well, why are you over THERE?" And if the only answer is, "Well, everybody else is over here with me," that's not doing a whole lot for art.

That's not to say there aren't cranks. That's not to say there can't be contrarians. But the frequency with which an individual writer's opinions stray from an almost perfect critical consensus is no more inherently suspect on its own than the fact that a critical consensus was reached in the first place. It's no more difficult for a contrarian to disagree with 100 critics than it is for 100 critics to agree with each other.

It's utterly toxic, the "explain your failure to agree with others" mentality, because it's so hostile to new insights -- which are, by definition, thoughts no one else has previously had. Art and artists are perpetually reevaluated; there's no end point where it's legitimate to stop asking questions or illegitimate to continue. There's no destination that criticism is trying to reach, where if we all get smarter and fairer and we all "get it" (oh, how desperately we need to rid ourselves of the language of "getting it"), we'll wind up rating everything either 100% or 0%.

Wide praise requires no mass delusion, and departing from that praise requires no resentment or jealousy. Castigating dissenters is unambiguously and brutally anti-art. It is anti-independence, and it is anti-creativity. And if the nature of art is to provoke thought and the nature of thought allows for disagreement, then jealously guarding an unchallenged chorus of approval is nothing less than anti-thought.