Accessibility links
Jazari: A One-Man, Wii-Operated Drum Circle Patrick Flanagan leads the band Jazari, but to call it a "band" would be generous. Flanagan is Jazari's only member, and his primary tools are two Wii remotes. Using these controllers along with software he programmed himself, Flanagan plays elaborate percussion compositions with instruments such as the djembe, clave, cowbell, cabasa, agogo and bongo drums. 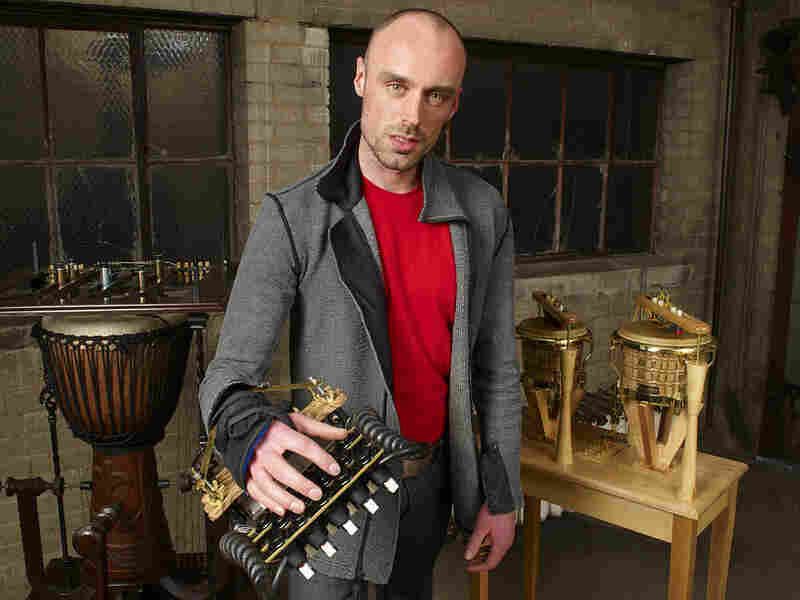 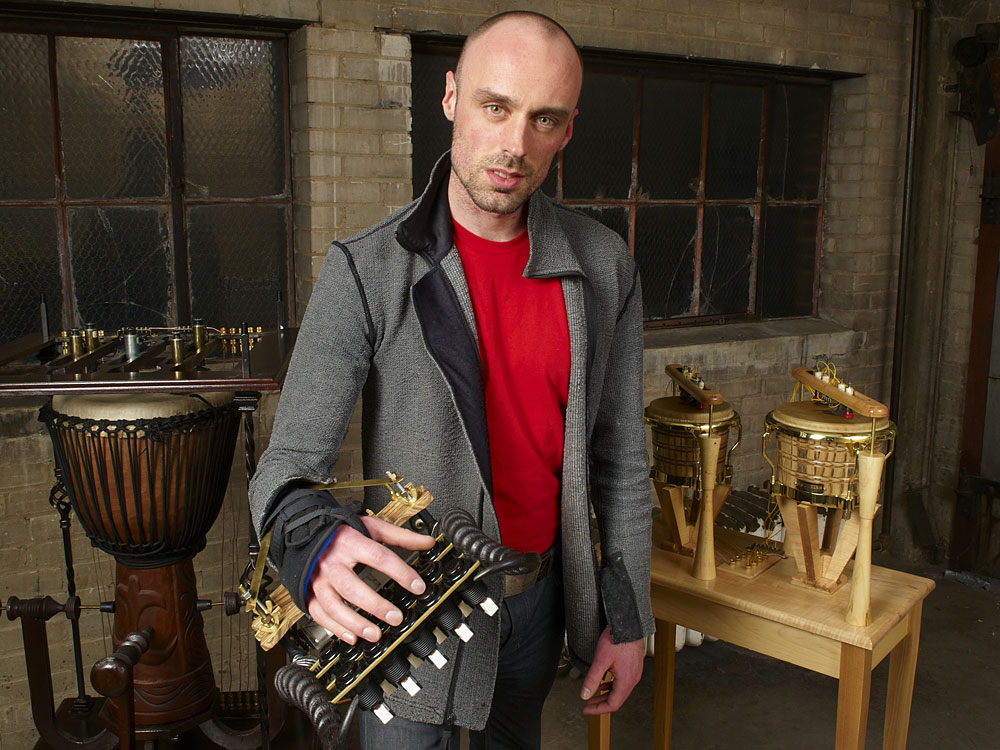 "Get To The Chopper!"

Minnesota-based electronic artist Patrick Flanagan leads the band Jazari, but to call it a "band" would be generous. Flanagan is Jazari's only member, and he uses two Wii remotes that he's programmed to play all the instruments around him.

Although Flanagan doesn't have training as a percussionist, he studied music for many years. He earned degrees in composition and music and went on to complete graduate work in computer music — particularly style modeling.

Jazari is a one-man drum circle. Flanagan uses a variety of African and Latin percussion instruments controlled by software, which is in turn triggered by Wii remotes. He wrote the software himself, with the remote signaling his laptop, which then signals a solenoid, or electromagnet, with a rod attached to each instrument.

"The computer basically keeps the beat for me and leaves more interesting decisions, I think, to me," Flanagan says. "I can hold down a button and a note will just repeat."

For example, if Flanagan wants quarter notes from the djembe, he presses and holds the down button on the Wii remote. With just a rotation of his hand, he can speed up, creating eighth notes, 16th notes or 32nd notes. Flanagan can adjust the loudness of the instruments, too, by tilting the Wii remote forward or backward. The same principles apply for the other instruments, such as the clave, cowbell, cabasa, agogo and bongo drums.

Flanagan didn't always use Wii and live instruments. He used to perform from behind a laptop, moving knobs and sliders. He says his Jazari shows give audiences a more tangible idea of how his music works.

"It was so complex," he says, "and there was no physical manifestation of what was happening. Audiences had no idea what was going on."