Accessibility links
Healing Honey And The Beekeeping Craze From urban rooftops to suburban ranches, apiaries are hip. As the ranks of backyard beekeepers grow, they're reporting some mysterious and sometimes disturbing behaviors, including the disappearance of whole hives. And what about the honey? Is it really good medicine, or just a sweet treat?

Beekeeping classes from Medina, Ohio, to the suburbs of Washington, D.C., and New York are seeing an unexpected shift in enrollment. Numbers are way up as thousands of novices take up the hobby. And who are these new beekeepers? Increasingly, they're women.

"The surge has really been with younger, urban women," explains longtime instructor Kim Flottum, who teaches beekeeping in Medina.

Flottum estimates that there are about 100,000 backyard beekeepers across the United States. Exact numbers are hard to pin down. But subscriptions to the publication Bee Culture are on the rise. And when Flottum published a how-to book — An Absolute Beginner's Guide to Keeping Bees in Your Yard and Garden — 60,000 people snapped up copies. The book is aimed at making the hobby easier and using more lightweight equipment. 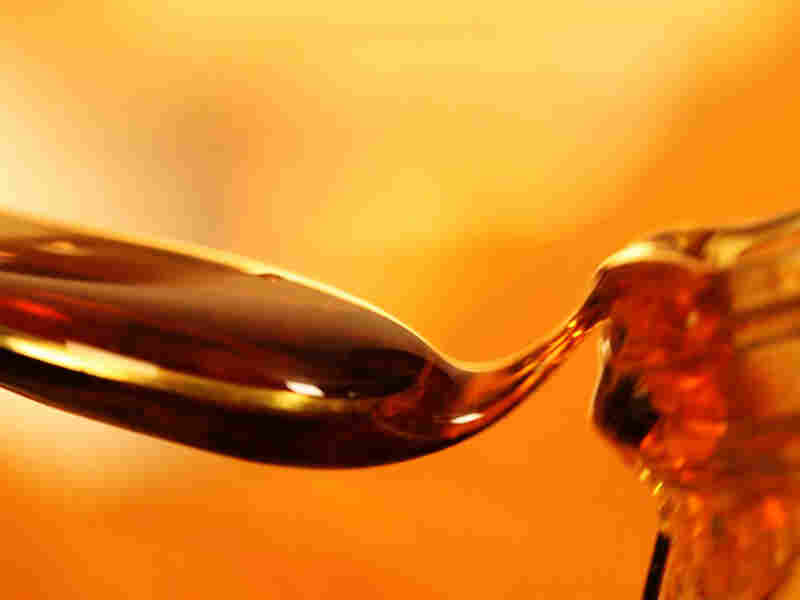 Honey does have antimicrobial properties; some hospitals are using medicinal grade honey as a topical ointment for burn patients. Ellen Webber/NPR hide caption 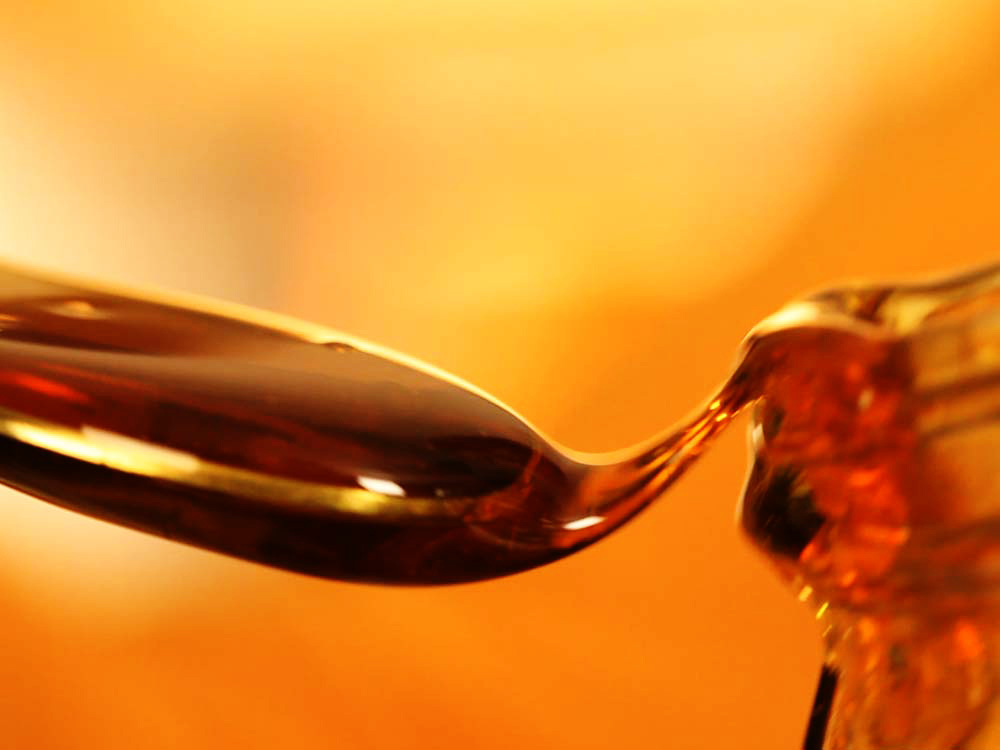 Honey does have antimicrobial properties; some hospitals are using medicinal grade honey as a topical ointment for burn patients.

The Healing Properties Of Liquid Gold

So why are people so gaga for bees? Well, for starters, there's renewed interest in the age-old health claims about honey.

Two millenia ago, the Roman historian Pliny the Elder declared honey to be the finest, most health-promoting liquid known to man.

These claims are still circulating today, with many folks using honey to try to stave off allergies. (I investigate this and other health claims about honey in my Tiny Desk Kitchen show; watch the video above).

The local, grow-your-own food movement fuels enthusiasm, too. "I think there's a real revival of interest in rural things," says Jenn Sass, an urban beekeeping pioneer who lives just outside Washington, D.C., in Maryland's Montgomery County. Even though space is at a premium, her bees can pollinate flowers and plants in yards all over her neighborhood.

Honey Vs. Sugar: Taste The Difference

The Tiny Desk Kitchen tested a recipe from America's Test Kitchen, substituting honey for sugar. Get the recipe for Big Beautiful Lemon-Blueberry Muffins.

"What I'm trying to discover is how productive my bees have been," Sass explains as she lifts the cover of one her hives. She points to a nice, thick covering of honey inside. "That's good," she says, pleased with the progress. She also spots her essential queen bee.

But there are also a bunch of bees loafing at the bottom of the hive. "These are the male bees, the drones," Sass says. She has become fascinated with the behavior of bees.

The queen bee considers the drones to be slackers or freeloaders once they finish their sole task in the hive: fertilizing the queen. So, at this point in the summer, the queen is ready to kick them out.

"The worker bees kind of peck and bother the drones to chase them out," Sass explains. "So it's a cold winter if you're a drone."

This brutal efficiency has served the honeybee species well over the millennia. But there's a big problem for bees these days: a syndrome called colony collapse disorder, in which whole hives suddenly perish

"We've lost 50 percent of our bee colonies in the last 10 years, and it's really a mystery what's happening," says Sass, who is also a scientist with the Natural Resources Defense Council.

If the sole purpose of a bee was to make honey, perhaps the decline of bees wouldn't be so troubling. But these tiny workers are hugely important to our food supply. They pollinate billions of dollars worth of fruits and vegetables every year.

Think about your own diet today. Have you eaten an apple, a cucumber, some blueberries or almonds? These foods wouldn't end up on our tables if it weren't for the work of bees.

There are almost 900 commercial beekeepers in the United States. Dave Hackenberg is among them. Farmers pay him to bring his hives to their fields. He drives his beehives to sites all over the country, from cranberry bogs in New England to almond groves in California, so the bees can pollinate these crops.

"I'm on the road in Pennsylvania," Hackenberg told me when I reached him on his cell phone last week. He was delivering his bees to some pumpkins. Without the bees, the pumpkins just wouldn't grow right. They would be lopsided — or really small — and the farmer wouldn't get enough pumpkins to make it worth his time. So you can see why farmers need bees.

Watch These Four-Legged Lawnmowers In Action

But Hackenberg says it's becoming harder for commercial beekeepers to make a good living. He's lost a bunch of hives to the colony collapse phenomenon. "When you're losing thousands of them [hives] and you've got to replace them on a yearly basis, then it's tough."

The U.S. Department of Agriculture is trying to help. It has handed out $6 million in emergency assistance this summer to beekeepers who have lost their hives. Meanwhile, scientists are still trying to figure out what's causing bee colony collapse. The latest thinking is that some combination of viruses, mites, pesticides and climate change may be weakening bees' immune systems.

For now, there's plenty of honey to go around, thanks in part to the enthusiasm of urban beekeepers.

"For sure there is a food revolution, and the revolution is to stay local," says Jenn Sass, "and to be excited about what you can put on your table from within 50 feet of your house."

For the muffins I make in my Tiny Desk Kitchen show, I use a recipe from America's Test Kitchen. To bake muffins or cake with honey instead of sugar, America's Test Kitchen recommends the following formula. Use a 1:1 replacement of honey for sugar. So if the recipe calls for 1 cup of sugar, use 1 cup of honey. Now, this will make your batter more liquidy, so to prevent that, reduce other types of liquids in the recipe -- like milk, sour cream, juice, yogurt -- by 25 percent. But don't reduce essential fats, such as butter, even if it's melted, or eggs. You'll also need to reduce the oven temperature by 25 degrees Fahrenheit; cooking with honey tends to make things brown faster.

The chefs at the test kitchen don't suggest subbing honey for sugar when making cookies; you'll end up with some soggy little guys.

1. Adjust an oven rack to the middle position and heat the oven to 375 degrees. Generously coat a 12-cup muffin tin with vegetable oil spray.

2. Mix the flour, sugar, baking powder, baking soda and salt together in a large bowl. Whisk the yogurt and eggs together in a medium bowl, mix in grated lemon zest. Gently fold the yogurt-egg mixture into the flour mixture with a rubber spatula until just combined. Fold in the melted butter. Mix by hand 1 tablespoon of flour with blueberries, coating them. This prevents the berries from bursting and turning the batter blue when you fold them in. Gently folded in the coated blueberries into the mixture.

3. Use a large ice-cream scoop or measuring cup to divide the batter evenly among the muffin cups. Bake until golden and a toothpick inserted into the center of a muffin comes out with just a few crumbs attached, 25 to 30 minutes.

4. Let the muffins cool in the pan for 5 minutes, then flip out onto a wire rack and let cool for 10 minutes before serving.