Accessibility links
Introducing UltraViolet: Buy Your Digital Movie Once, Play It Anywhere? A new technology standard -- agreed to by a consortium of 60-plus electronics manufacturers, retailers and studios -- promises to let consumers maintain an online video library that can be shared with a small group -- and ported to other devices.

Last week, I sat through an UltraViolet demo. It's a new video technology, intended to help frustrated 21st-century movie fans who'd like to be able to buy digital movies, play them on any device interchangeably, burn them to DVD and share them with (select) family and friends. 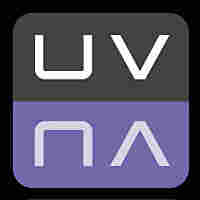 UltraViolet isn't a store; it's a standard, like BluRay or MP3. More than 60 leading entertainment companies and consumer-electronics groups -- including Toshiba, Best Buy, Paramount Pictures, Comcast and Netflix -- have agreed to adopt it. (One notable holdout? Disney.)

Mitch Singer, UltraViolet's president and CTO of Sony Pictures Entertainment, gave me a guided tour of the back-end site.

"Most people will be managing their movies through their favorite retailer," he told me, meaning you'll buy movies through a site such as Best Buy's or Netflix's rather than through UltraViolet itself. The retailers will maintain personal information -- your e-mail address, credit-card number and password -- the sort of stuff they likely already have.

UltraViolet will allow consumers to maintain an online video library that can be shared with a small group. While Singer declined to give specifics on how many, and didn't seem to want to talk about pricing models, he was quick to point out the ease with which parental restrictions could be applied to children's online video choices.

UltraViolet is intended to be today's DVD. If it works for exasperated consumers and for a film industry intent on ramping up online video sales, the system would be a significant step forward. (The service is focusing just on movies and TV shows right now -- music will hopefully be added later.)

I wondered if the technology was designed to get people to buy expensive new TVs or set-top boxes, but a company spokeswoman assured me that between burning DVDs and getting apps for web-enabled devices, consumers should have plenty of ways to get UltraViolet content without replacing all their equipment.  The service is expected to be available to online retailers by the end of this year.