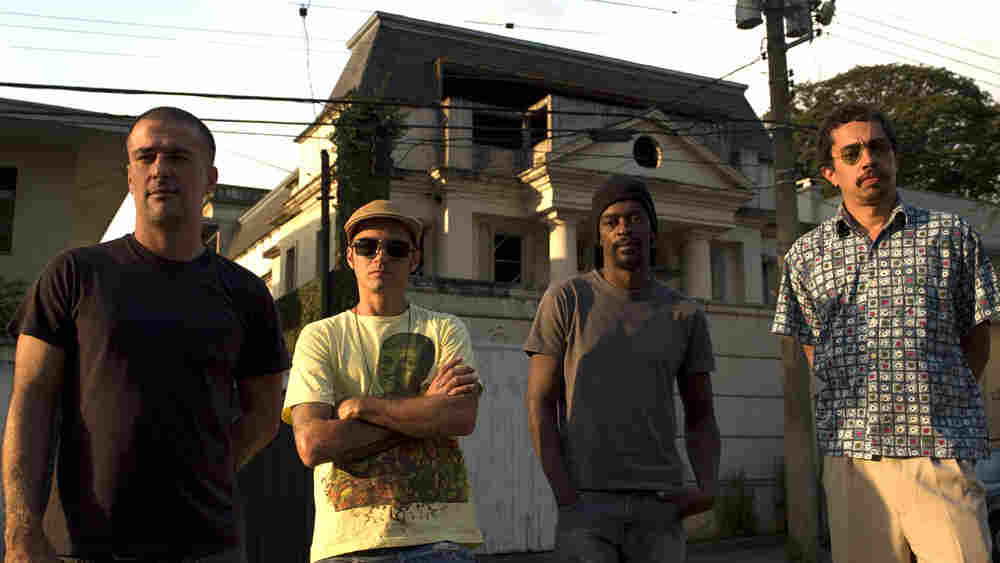 Seu Jorge with his band Almaz. courtesy of the artist hide caption 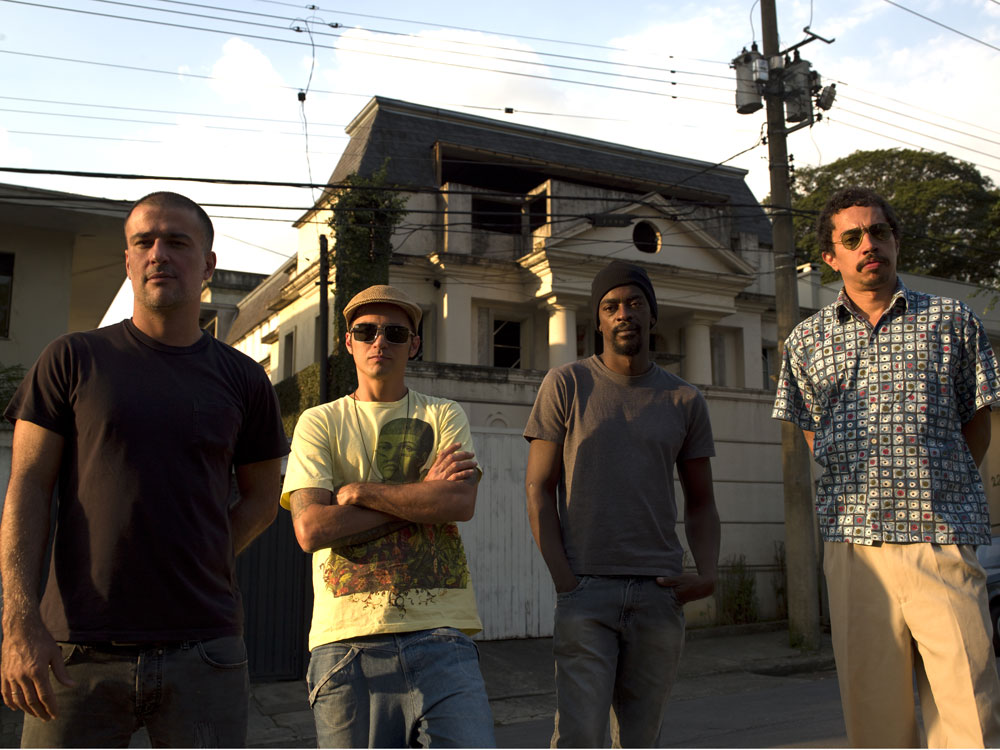 Seu Jorge with his band Almaz.

If you screamed into your pillow for several minutes every morning and smoked two packs a day, you still wouldn't get a voice as gravelly, sensuous and pointedly sad as that of Brazilian musician Seu Jorge. To accomplish such a feat, you'd have to have been born and raised in a violent favela (shanty town) of Rio de Janeiro state; been fed a steady diet of samba, Stevie Wonder and rock 'n' roll; and known from the day you were born that your destiny in life is to sing.

Born Jorge Mario da Silva, Seu Jorge ("Mister Jorge") became known to American audiences first as an actor in the acclaimed film City of God. In that movie, he plays a good-looking ladies' man who becomes a lost soul when a sociopath gangster kills everything he loves out of spite. The role of the handsome, melancholy drifter with a mysterious past is one Seu Jorge has embraced, notably in The Life Aquatic With Steve Zissou. That film, in which he plays a member of an oceanography crew who thoughtfully strums Portuguese David Bowie covers, introduced American audiences to Jorge's fantastic music.

The album Seu Jorge and Almaz -- which doubles as the name of the group -- is a continuation of Jorge's melancholy voyages. With its pensive lyrics and wistful guitar twangs, the entire album sounds as though Jorge is singing it from a tavern in a faraway land. He might be in a remote Brazilian town, in the Wild West or on a funky planet in outer space, depending what song you're hearing in a given moment.

Seu Jorge and Almaz mostly consists of cover songs, which in any other artist’s hands could be a recipe for disaster or mediocrity -- but, boy, can Seu Jorge pull off a good cover song. He manages the perfect balance between adding his own distinct style and keeping the essence of the original. The results are portraits of complex emotions, such as his take on Kraftwerk's "The Model." With Jorge's raw vocals and an Old West guitar that feels like a distant memory, the song becomes a strange cocktail of lust and sadness -- not an uncommon feeling, but not commonly discussed in rock 'n' roll, either.

While Seu Jorge shines in his English-language rock covers, lovers of Brazilian music will enjoy covers of classic Brazilian songs such as "Saudosa Bahia" (in which a traveler yearns to return to his beloved Bahia), "Cirandar" and the wonderful closing track "Juizo Final," in which the singer yearns for a judgment day which will bring light to the world. And, while he cites Stevie Wonder as one of his biggest influences, Seu Jorge travels through Brazilian classics riding a Jimi Hendrix-like groove.

Seu Jorge and Almaz's new album is available here until its release on July 27. Please leave your thoughts on the album in the comments section below.