Accessibility links
'Mad Men' Returns For A Fourth Season With A Strong, Stylish Opener At the opening of the fourth season of Mad Men, the promising stories that started to emerge at the end of last season are carried forward in high style.

'Mad Men' Returns For A Fourth Season With A Strong, Stylish Opener

'Mad Men' Returns For A Fourth Season With A Strong, Stylish Opener 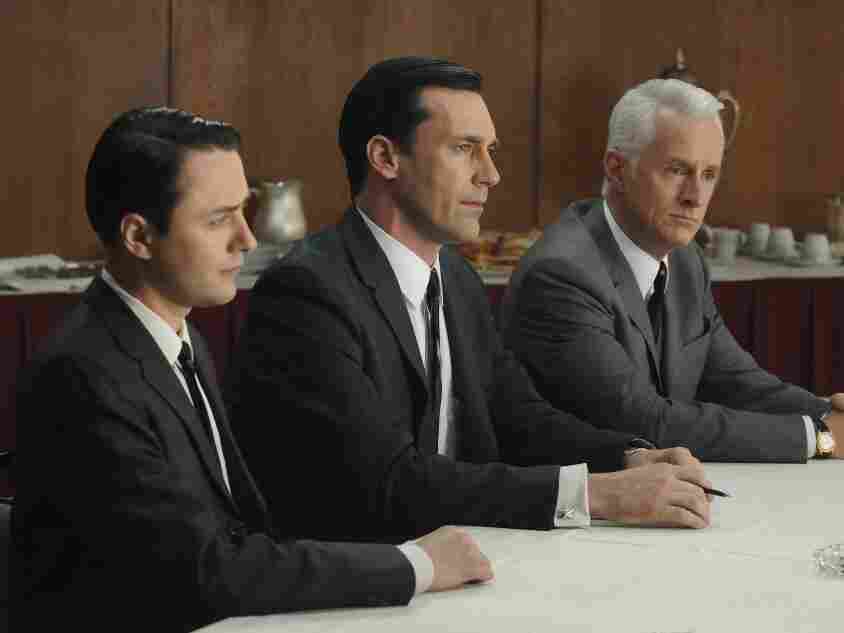 Note: It's impossible to discuss a season premiere without saying anything at all about it, but this review contains as few details as possible about the plot of the premiere, so that you can discover them for yourself.

When we left Don Draper at the end of Mad Men's third season, he was half exhilarated and half devastated. On the one hand, he and many of his colleagues from the former Sterling Cooper had teamed up to form the new Sterling Cooper Draper Pryce, neatly getting over on their former firm's British owners. A secret operation, a gathering of co-conspirators, the triumphant return of the departed Joan Holloway, an ad hoc office in a hotel room -- it reminded more than one critic of a heist film like Ocean's Eleven.

Of course, on the other hand, Don's marriage to his wife Betty blew up in spectacularly ugly fashion -- once and for all, it seemed.

The only problem with that blisteringly good episode (called "Shut The Door. Have A Seat.") was that it seemed like it would be an awfully tough act to follow. But follow it they have with a fourth-season premiere, airing this Sunday night, that continues to trace the lines of sadness and excitement that ran through the last section of the third season.

One of the things that "Shut The Door. Have A Seat." had that other episodes sometimes hadn't had was tonal balance. The literal smoke that hangs around Mad Men has sometimes paralleled a heavy, oppressive aesthetic sensibility -- rich neutrals and dark wood and sleek edges interrupted by occasional bursts of color like Joan's hair -- that, while often mesmerizing and moving, could make the show feel a bit dirge-like. And unchangingly so.

But by heading out of the Sterling Cooper offices, with their reliably aged and chilled beauty, Mad Men got enough lift to feel fun, and perhaps a bit more alive than it has been at other times in its run. Characters -- like Roger Sterling and Bert Cooper themselves -- who had seemed relentlessly grumpy and sour for months suddenly got a spark of life, and injustices like the endless ill use and underestimation of Joan were finally addressed. A little upheaval was a very useful thing.

This didn't take away from the dark and devastating depiction of the utter disasters in Don's domestic life. Mad Men will always be partly an exploration of some very unsettling aspects of human behavior, and it's doubtful that any of its fans would want it to be otherwise. 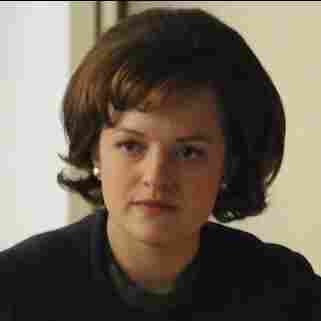 Without revealing the details of how much time has passed, you can be sure that Don and his office-mates are still working advertising professionals, and their work environment has retained some of the breezier, less stuffy quality the Season 3 finale suggested.

As always, though, this is a show about impeccably drawn human beings. Much has been made of Peggy Olson's new hair, but more interesting is Peggy's entirely altered carriage over time; the way the changes in her work situation have dovetailed with all that she's gone through personally. It's made for an ultimately believable story about the mad upheaval of the early '60s and how it might affect individual people. All the pieces of Peggy were in place at the beginning, but the influence of each has shifted, as it does with real people. What used to be deeply buried flickerings have become the things that drive her, and Elisabeth Moss' performance continues to suggest plenty of notes that haven't yet been explored.

The devastation visited on Don and Betty's marriage has not removed Betty from the picture, and she, too, is a woman whose true colors are being brought to the surface by her circumstances. Which parts of Betty are real and which parts are artificial has always been a difficult question; the fourth season seems poised to explore that question, even if Betty herself never will.

Specifics should be saved for next week, but this much can be said now: Like every good episode of Mad Men, the season premiere is both sad and witty, and as rare as it is to see a show at the very top of its game in the fourth season, that seems to be where this one finds itself.