Accessibility links
Best Coast: A Surf-Rock Revival With 'Crazy For You' In recent years, there's been a resurgence of sun-baked rock, and Best Coast is now at its forefront. The duo of singer-songwriter Bethany Cosentino and multi-instrumentalist Bobb Bruno, Best Coast plays straightforward power-pop saturated with West Coast imagery. Download "Boyfriend," the first track from its upcoming debut, here. 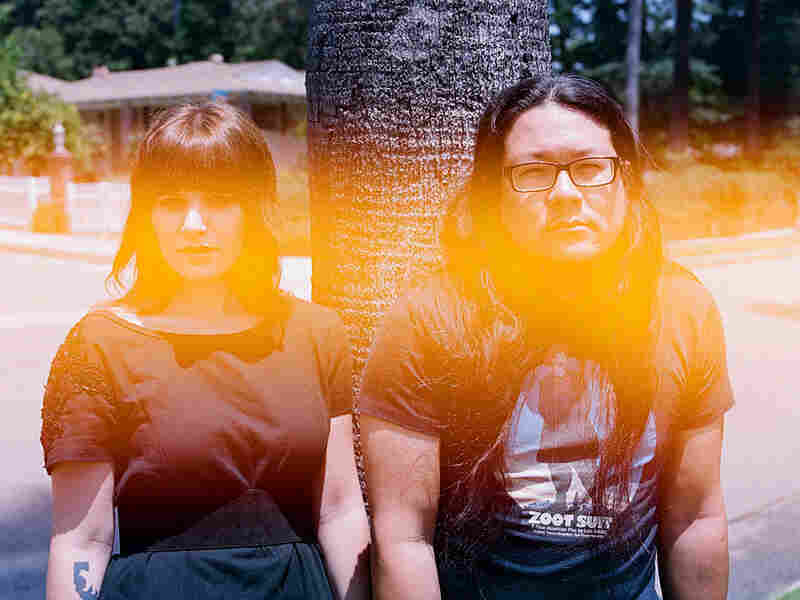 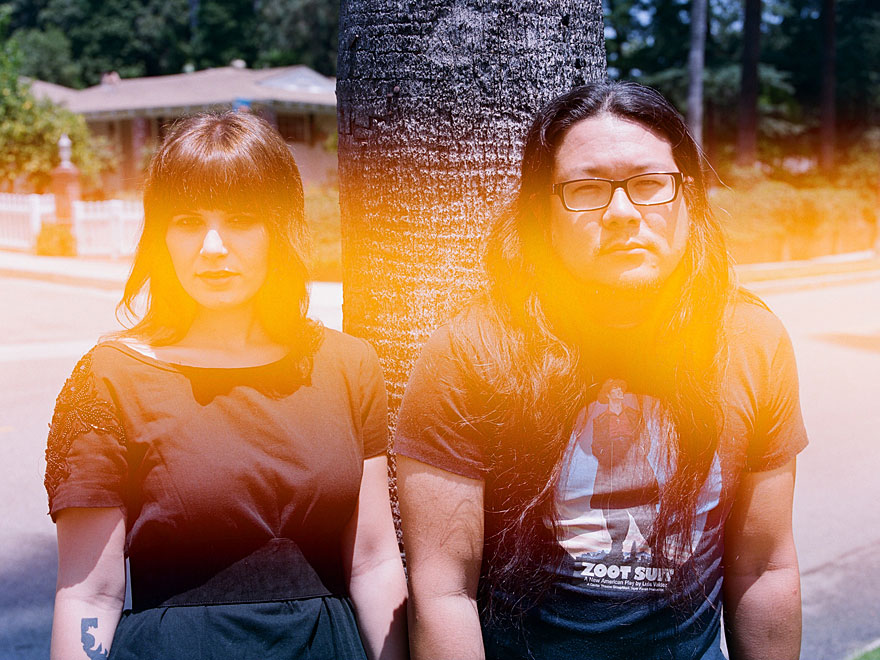 The golden era of surf music was dominated by artists like The Beach Boys Jan and Dean, and Dick Dale. In recent years, there's been a revival of sun-baked rock, and the California duo Best Coast is now at its forefront. Bethany Cosentino, the singer and songwriter of the band, says her sound is inspired by 1960s and '70s California.

Cosentino is originally from Southern California, but before starting Best Coast, she moved to New York to attend college. She says it was a tough transition adjusting to the fast-paced lifestyle.

"I depended on bands like The Beach Boys to make me feel like I was back at home," she tells Audie Cornish, guest host of Weekend All Things Considered. "That's sort of why I started this band in the first place. I wanted to make music that was evocative of California, and of my love for California."

Cosentino made it through the fall, but says the New York winter hit her hard. Although she tried to push through her seasonal depression, she ultimately made the choice to quit school and move back home.

"I think at the end of the day, it was one of the best decisions I've ever made, because now I'm doing what I love," she says. "And I don't think I would be doing this if I had stayed in New York."

From Imagination To Reality

Best Coast is Cosentino's collaboration with multi-instrumentalist Bobb Bruno, whom she calls crucial to the band's success.

"I hear a lot in my head," she says, "and basically, Bobb makes what I hear in my head a reality."

Cosentino also credits Bruno for Best Coast's signature surf-guitar sound, and says that when she first started writing songs, she didn't have a strategic plan. As a teenager, her biggest idol was Jenny Lewis of Rilo Kiley, and she listened to '90s alternative rock from bands such as Nirvana, Guided by Voices and Hole — influences now audible in Best Coast's debut album, Crazy for You.

"I didn't sit and listen to those bands and try to replicate any of that," she says. "I just started making music, and later on, I'd listen back and [hear] that vibe."

Cosentino's lyrics almost exclusively cover topics of love and relationships. She says she likes to keep her storytelling simple.

"I'm just a true believer in simple, straightforward pop songs," she says. "And I think there's nothing more simple or straightforward than saying, 'When I'm with you, I have fun.' "

That's a line from "Crazy for You," the title song from her album. She says the track sums up what the record is about.

"Most of the songs on the record are about me battling with this one person or these emotions," she says. "I think everyone can relate to loving someone so much, they make you crazy."