Accessibility links
Offshore Stem Cell Clinics Sell Hope, Not Science US patients spend tens of thousands of dollars travelling to foreign stem cell clinics for treatments that aren't available in the US. But scientists say some of these clinics are scams, selling unproven, worthless treatments to desperate people with incurable diseases. 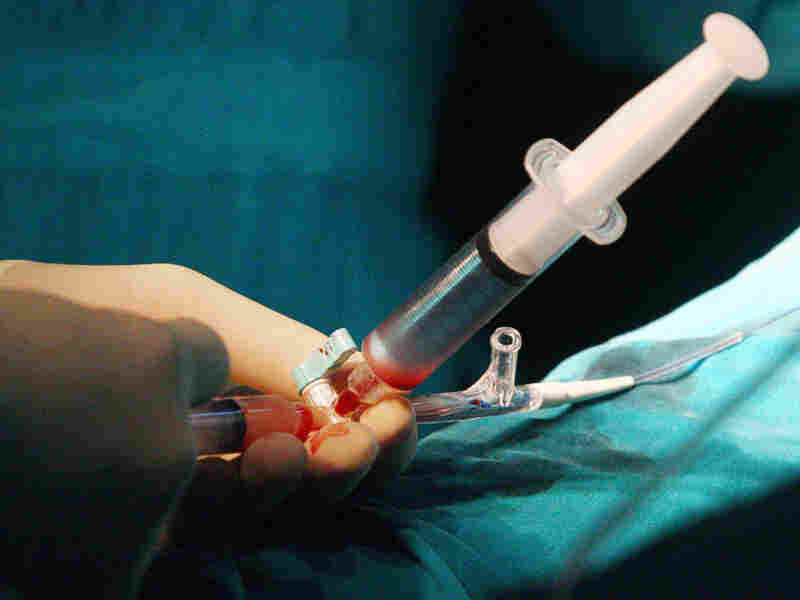 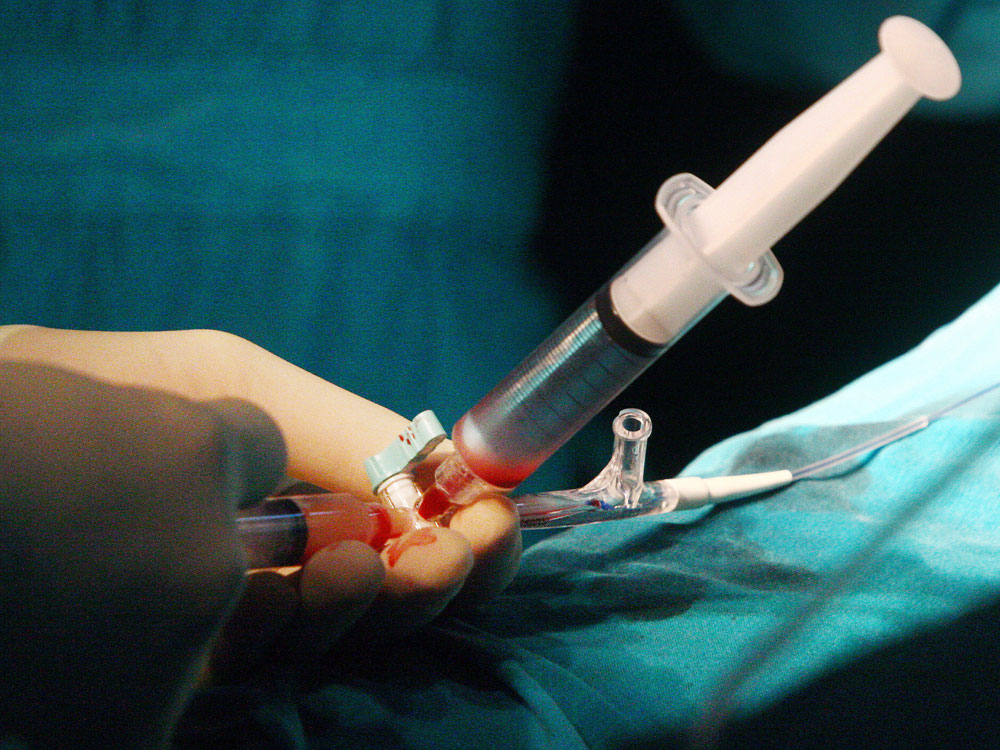 An unidentified western patient receives a stem cell treatment for heart disease at a clinic in Bangkok, Thailand on Feb. 7, 2007.

Dr. George Q. Daley sits at his keyboard and types "stem cell treatments." In less than a second he gets 13.4 million Google hits.

"Here's a website where they claim over 1,500 patients treated," says Daley, one of the world's foremost stem cell researchers. "That doesn't mean they've been treated successfully. It's 'buyer beware!'"

But consumers have a hard time sorting out all the stem cell claims out there. Websites often look professional and convincing. Typically they feature distinguished-looking white-coated doctors posed in front of bookcases, technicians holding up flasks with mysterious colored liquids, and happy, healthy-looking clients cavorting on beaches.

Often these clinics are based in the Caribbean, the Ukraine, China, South America. Sometimes it's impossible to tell just where they are; to contact them, you fill out an online form and they get back to you. The U.S.-based websites typically send their clients offshore for treatment not approved by the U.S. Food and Drug Administration. 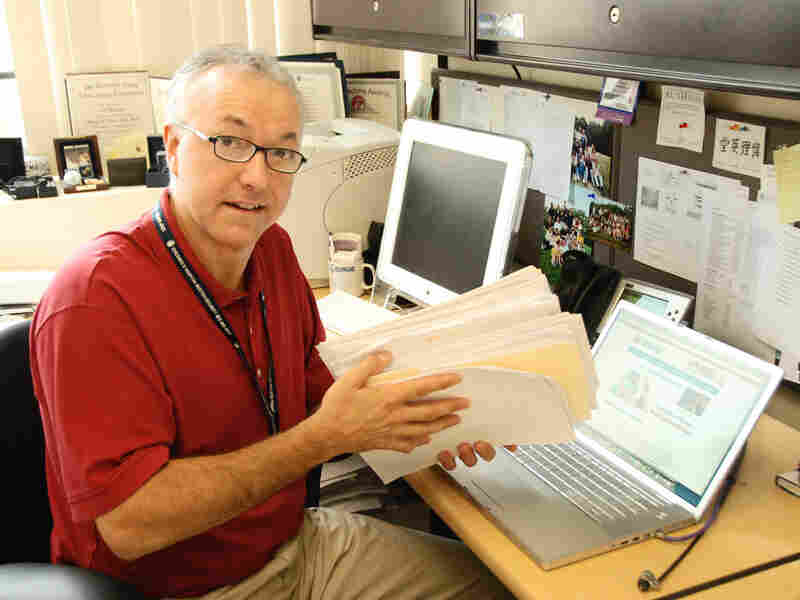 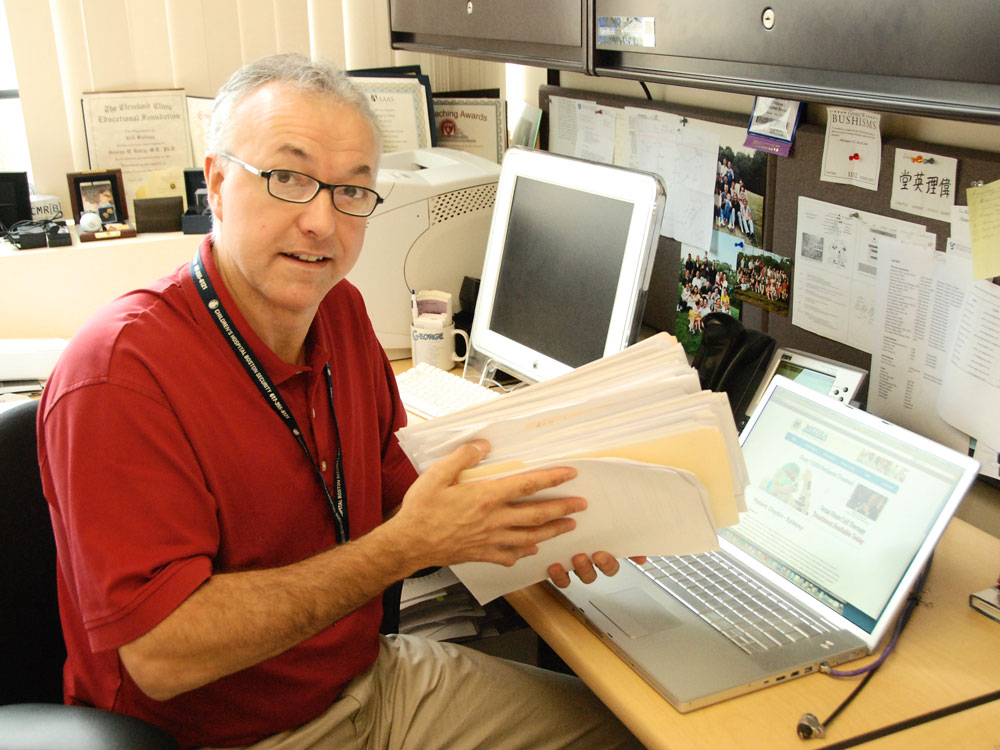 Dr. George Daley is one of the world's leading stem cell researchers. He holds a file of letters from desperate people seeking stem cell cures. Daley warns patients not to fall for foreign stem cell clinics which sell unproven treatments at a high price.

Unfortunately, Daley says, stem cell therapy is effective for only a few blood disorders, such as leukemias and thalassemia.

"We do about 80 of these a year, and about half the time we can cure the patient," Daley says. "The problem is, if you have diabetes or Lou Gehrig's disease or Parkinson's, stem cell treatments are not the answer today. We hope they will be in the future. But they aren't today."

There are a growing number of legitimate human experiments with stem cells for disorders such as heart failure, spinal cord injury and neurological disease, both in the United States and abroad. Experts say these clinical trials should be labeled as experiments. And prospective volunteers should look for telltale safeguards, such as oversight by ethics boards and approval by governmental regulatory authorities.

Premature claims of stem-cell therapy success is driven by a certain magical aura surrounding stem cells. Under certain laboratory conditions these cells can turn into almost any type of tissue. They promise regeneration. To desperate patients with incurable disorders, that notion is irresistible.

Searching For A Cure

Rylea Barlett of Joplin, Missouri, is one of the US children who went to China for infusions of stem cells to treat her congenital blindness. She's also one of the group who went to the University of Florida after the treatment to be examined by eye specialist Shalesh Kaushal.

Barlett, who was five years old when she had the treatment in 2007, was featured in an NPR report two years ago and on other news media.

The girl's mother and a local optometrist in Missouri said Rylea's vision improved after the stem cell infusions. She began to recognize letters and faces, they said.

Kaushal told NPR in 2008 that the stem cell treatment might have improved Rylea's vision. But now he says he was being diplomatically optimistic. In examining the girl and others, Kaushal says he saw no evidence the treatment was beneficial. He's now chief of ophthalmology at the University of Massachusetts.

NPR's calls to Rylea's mother and the Missouri optometrist were not returned. A woman involved in fund-raising to pay for the child's treatment said she did not know how to reach the family.

"Here's one that says: 'Dear Dr. Daley, I have a son with optic nerve hypoplasia' — this is a child who's blind. 'I'm considering the umbilical stem cell treatment in China. I'm interested in why you're so skeptical.' "

It's because, Daley says, there's no evidence stem cells can cure blindness.

It turns out there's an American eye specialist who's examined a number of children who've been to a clinic in eastern China that treats blindness — among many other disorders.

When he was at the University of Florida two years ago, Kaushal invited eight of these families to come in for free examinations. Kaushal was curious about the Chinese stem cell treatment and its effects. And he wanted to be able to advise other families asking him about the treatment.

"They're incredibly sweet families — salt of the earth people," says ophthalmologist Shakesh Kaushal of the University of Massachusetts. "Just really nice young couples who had a child with a significant eye problem." To pay for the trip and the tens of thousands of dollars in treatment fees, they'd held bake sales, golf tournaments, and community appeals.

Kaushal examined the children's retinas and did MRI scans of their brains. The results were disappointing. "There didn't seem to be any ostensible benefit from the stem-cell infusion," he says. "In all of them, as far as we could tell."

Kaushal and his wife also took the children to a pancake house for breakfast.

"I watched all of the kids, and so did my wife," he says. "And they all struggled to find their food. That means you can't take a fork and cut a piece of pancake and get it to your mouth. It was heart-wrenching."

Some of the parents acknowledged the Chinese stem cell treatment had done no good. Others were sure it had. (See accompanying box.)

Kaushal says it's possible the optic nerve in some children had improved on its own. That can happen. Another likely factor is these parents' strong desire to believe the treatment had helped their child to see.

"For something that was such a stupendous effort to do – to raise all this money, to get over to China and get this treatment — you might imagine that there is certain psychological expectations of the treatment," Kaushal says. "Even more than that, emotional."

Kaushal subsequently invited officials from the Chinese stem cell clinic to the University of Florida in Gainesville, where he was then based. The clinic's CEO gave a presentation to medical faculty there.

"Their data were not compelling," Kaushal says. "They never actually collated their data on a particular disease and systematically analyzed the pre- and post-stem cell treatment effects. They said the proof of their treatment is the wide-ranging anecdotal observations in these patients."

Apparently a lot of people are falling for unproven stem cell treatments. Another leading researcher, Dr. Irving Weissman of Stanford, says just how many hit him when he gave a public lecture on stem cells in his hometown of Great Falls, Montana.

"At the end of my talk, two people, who happened to be farmers, came up to me," Weissman says. "One had gone with his wife to a clinic in Mexico operated through San Diego. Another went to another out-of-the-country clinic. One paid $50,000 and the other paid $85,000 for treatments for untreatable genetic conditions. They clinics simply took their money, took their time, and of course didn't treat their conditions at all."

Medical scams are nothing new, of course. But Weissman says the tantalizing promise of stem cells comes along at a time when opportunists can use the Internet "as a free place to make claims, make advertising, make money."

Weissman has convinced the International Society for Stem Cell Research, of which he was president, to set up a consumer watchdog program. The aim, he says, is "to help patients and their caregivers look at a site that claims a therapy and find out pretty fast if it's a fraudulent site or if it's a legitimate therapy."

Users are invited to submit the names of clinics they'd like checked out. The Stem Cell Society will attempt to contact the clinic and find out whether they have ethical oversight committees (and who the members are), if they have approval from the relevant regulatory authorities, whether their staff have published scientific papers. (If they have, members of the Stem Cell Society will review them.)

The results will be posted on the newly created website, www.closerlookatstemcells.org.

So far about 150 clinic names have been submitted. In a few months, consumers and physicians can go to the new site and see the first results.