Accessibility links
Khaled: The King Of Rai Algerian singer Khaled is known internationally for singing rai — a kind of North African music with roots in traditional folklore. Taken literally, rai translates to "opinion," and Khaled has taken that idea to heart. Although his music won him enemies among Algeria's Islamic fundamentalists in the 1980s, he continues to use his voice to spread a message of peace, love and personal freedom. 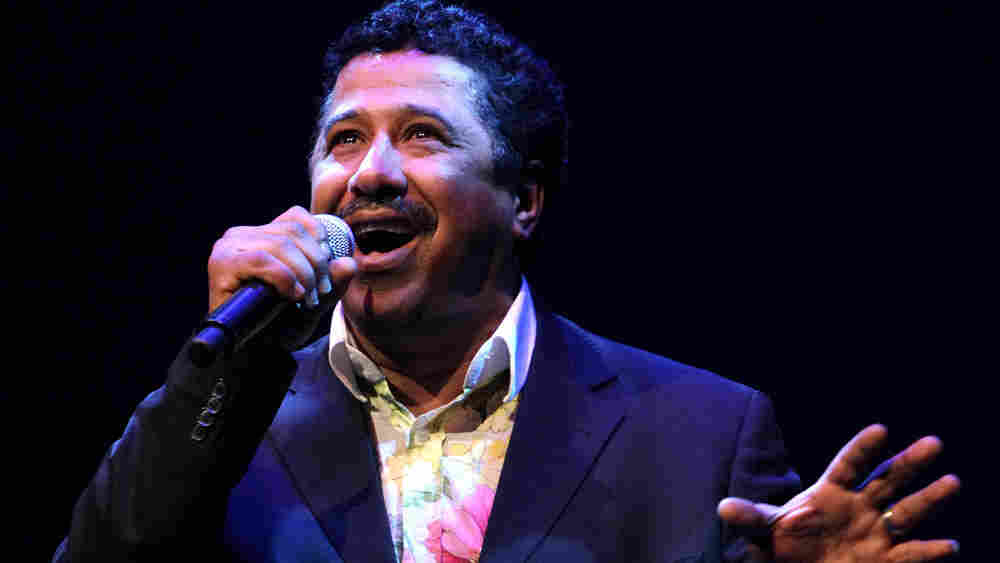 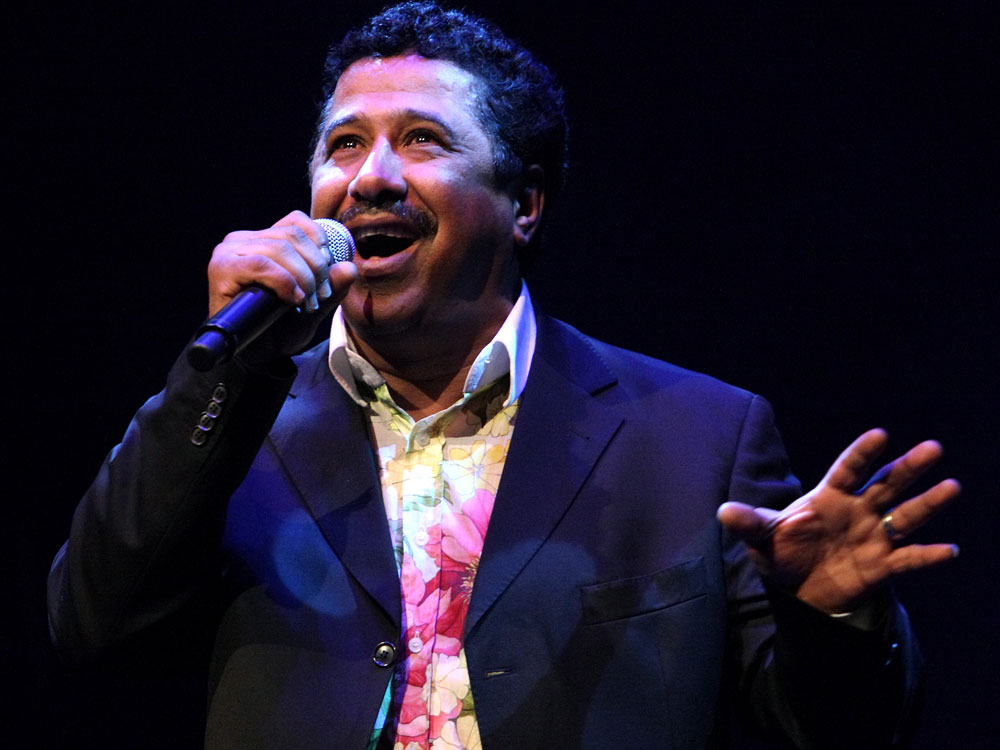 Khaled performs in London in 2008.

Algerian singer Khaled is known as the King of Rai — a kind of North African music with roots in traditional folklore. Taken literally, rai translates to "opinion," and Khaled has taken this idea to heart in his music, speaking out to his countrymen with a voice that transcends borders.

He was born Khaled Hadj Brahim in 1960 in the Mediterranean port city of Oran — or "Crazyville," as he once called it. Oran marks an intersection of cultures, a place where Spanish, Moroccan, French, Arabic, American, Berber, Jewish and gypsy ideas and idioms collided. Khaled came of age during the lull between two bloody conflicts: the 1950s war that freed Algeria from French colonialism; and the religiously fueled civil war of the 1990s. In a land torn apart by intolerance and violence, Khaled stood out as an artist who embraced openness and peace.

Khaled was also a bad boy, a playboy and a partier, even rejecting the polite traditions of Algeria's poetry. When a traditional Oranese poet wants to describe love, Khaled once explained to me, the poet will speak in metaphor — for example, about a pigeon. Khaled says he prefers to take a different approach.

"When I sing rai," Khaled said, "I talk about things directly: I drink alcohol, I love a woman, I am suffering. I speak to the point."

A Voice Of Defiance

Khaled's directness and his force-of-nature voice, which blurs the lines between anguish and ecstasy, made him the darling of Oran's cabarets and wedding parties. It didn't sit so well with the growing number of Islamic fundamentalists in Algeria, though, and his songs were consequently banned from state radio. His voice still made its way into homes and hearts all over the country, thanks to cassette tapes. Later, after performing a concert for 20,000 people in Algiers in 1985, his became the voice of a generation for many.

In 1989, it became dangerous for Khaled to stay in Algeria, where artists and intellectuals were being killed by fundamentalists. He fled to safety in France. It was outside Paris where I first heard him sing at a gig in 1992. For a man with such a big voice — robust and burly, reedy and refined — he seemed surprisingly small. The audience was mostly second-generation North African immigrants, many of whom were wary of potential troublemakers in their midst. But when Khaled took the stage and unleashed his defiant, guttural cry, fear gave way to exuberance and joy. In 1992, "Didi," from his self-titled album, led Khaled to international fame and recognition; he sang it in South Africa at the opening concert for the 2010 World Cup.

Khaled has never really shaken his mischievous image: He's been to court on more than one occasion for domestic disputes, and he's railed publicly against Muslim fundamentalists who he says have "the mentality of the Stone Age." His collaborations with Jewish and American artists have irked even moderate Muslims. Khaled fiercely adheres to his message of peace, love and personal freedom. But in the combative milieu of North Africa and the Middle East, those too can be fighting words. Regardless, Khaled seems unbothered. He just keeps smiling and singing — damn the consequences.