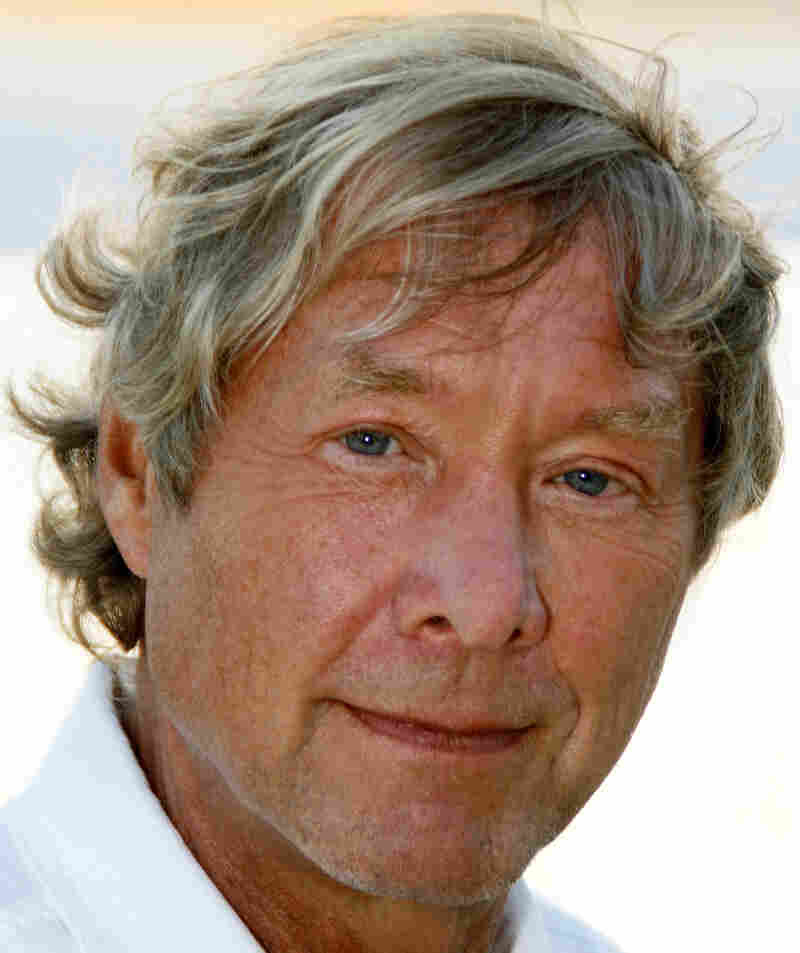 Formerly a trial lawyer, Richard North Patterson served as the SEC liaison to the Watergate special prosecutor. He is now a best-selling thriller writer. Patterson writes his novels longhand from an outline and then faxes his notes to his assistant who types them up -- a system that has worked for him for nearly 30 years. Peter Simon hide caption

'Killer Thrillers': Vote For The 100 Best Ever

In our series Thrilled to Death, suspense writers talk with us about their work, and then recommend the books they love.

Richard North Patterson believes that being a lawyer is the perfect training for a novelist — and he should know. A former trial lawyer, Patterson is now the author of 17 best-selling novels. including the Christopher Paget series. His latest book, In The Name of Honor, came out in June.

Even as a lawyer, Patterson wanted to engage his audience; when he wrote briefs, he tried to make them as coherent and vivid as possible. Clients told him the most remarkable stories, and his job was to take those complicated facts and present them in a clear, readable manner. It's a process that's not so different from what he does today in his fiction writing.

Patterson talks with NPR's Michele Norris about why a writer's career is less about talent and more about persistence, about how his writing has changed over the years, and explains why it's great to surprise your readers, but a sin to surprise yourself. You can hear their conversation by clicking the "Listen" link at the top of the page. Below, read Patterson's recommendation of Allen Drury's Advise and Consent. 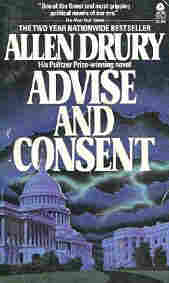 For many novelists, the seeds of a writer's life are planted by encountering a story so compelling that it stays with us for years after we turn the last page.

For me, the year was 1961; the novel Advise and Consent, Allen Drury's Pulitzer Prize-winning saga of power politics in Washington, D.C. For a host of political types in my generation, this book was the siren song that drew them to the capital as journalists, lobbyists, officeholders or consultants. But, for one 14-year-old, Advise and Consent defined the elements of true suspense — compelling events that act on the character of complex men and women to create a drama that is engrossing, surprising and, ultimately, stirring.

The story of Advise and Consent had little in common with the cheap and easy setups of "beach read" thrillers — say, kidnappings by sexual predators, or serial killers who plant various body parts as clues. Instead, Drury introduced us to a mysterious world whose folkways and snares were largely unfamiliar to everyone but its inhabitants: the United States Senate. In Cold War America, the novel's setup was momentous — the nomination of a candidate for secretary of state who conceals a youthful association with Communist-front causes. With the inevitability of Greek tragedy, this single event draws several diverse and powerful antagonists into a bitter conflict that can destroy careers and even lives.

On one side are a clever and ruthless president and his morally ambiguous nominee; allied against them are the president's defeated challenger and his leading senatorial opponent, a wily Southern senator whose feud with the president has been a political blood sport. Trapped between them is a decent young senator whose actions may determine the outcome, and who harbors a damaging secret of his own — a past homosexual relationship that, in that era, would surely ruin his career, his marriage, and his life as a presumptively upright Mormon from Utah. The result is at once shattering, uplifting and deeply moving, a story that so completely captures the mind and heart that one can't easily pick up the next book.

Now, 50 years later, some of Drury's premises are dated — the Cold War is over, and several of our officeholders are openly gay. But the idea that riveting suspense involves the confluence of momentous events with the intricacies of human nature is as timeless as Shakespeare's plays, yielding a dramatic unity that resonates back from the climax to all that precedes it. Every few years, I reread Advise and Consent; with every book I write, I try to remember its lessons.

Thrilled to Death is produced and edited by Ellen Silva with help from Gabe O'Conner, Chelsea Jones and Miriam Krule.