Accessibility links
Movie Review - 'Hugh Hefner: Playboy, Activist And Rebel' - A Radical, And Not Just In The Bedroom Most of us hear "Hef" and think of an overdressed, oversexed octogenarian with oodles of cash and even more Viagra. A new documentary sets out to change all that. 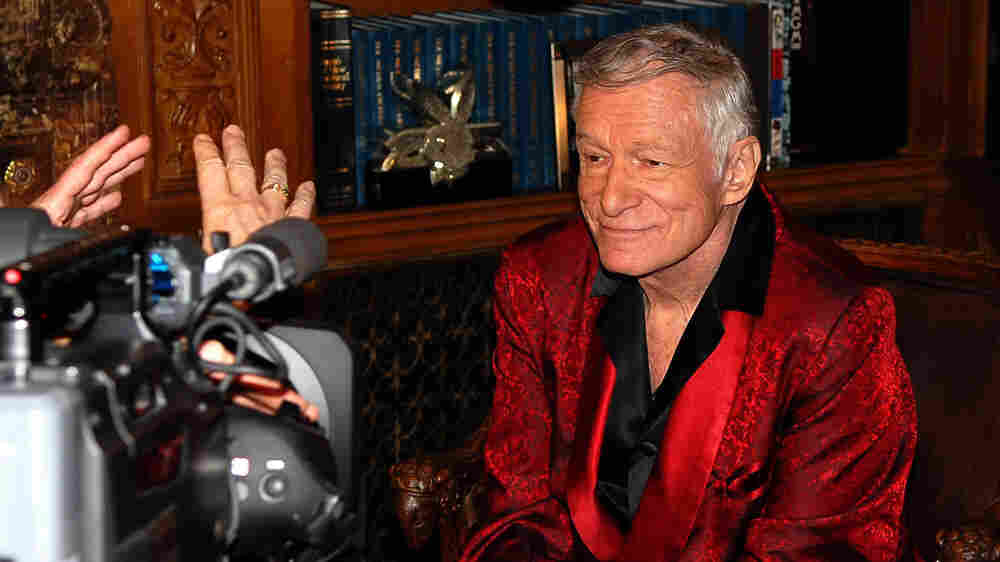 If your sole image of Playboy founder Hugh Hefner is that of a lanky, silk-jammied sybarite strolling the grounds of his mansion with a jiggling blond on either arm, Hugh Hefner: Playboy, Activist and Rebel will knock your socks off. Functioning as a kind of corrective to a media culture that relies on selective memory and endlessly recycled archive clips, this eye-opening documentary reveals the mensch beneath the moolah, the ardent social reformer beneath the paisley-patterned shirts.

Don't let the 84-year-old magnate's laid-back narration and acres of visible chest fool you: This former psychology major who started a stag magazine in his Chicago kitchen — and still oversees every aspect of it (including a special subscription rate for clergy) — is a lifelong workaholic. He owns a pool but never swims, and the designer clothes in his closet seldom see the light of day. (The Playmates, however, rarely go to waste, thanks to a plentiful supply of Viagra.)

German director Brigitte Berman barely conceals her admiration, but perhaps that's because there's a lot to admire. Beginning in the 1950s, Hef's secondary career as activist and provocateur began when he realized that, if the current sex laws were enforced, most men would be serving time. The consequence was an ongoing personal crusade for individual and civil rights that would have a profound effect on national policy; whether risking his livelihood to employ blacklisted writers like Dalton Trumbo or support controversial figures like Lenny Bruce, Hef revealed the passionate libertarian inside the libertine. 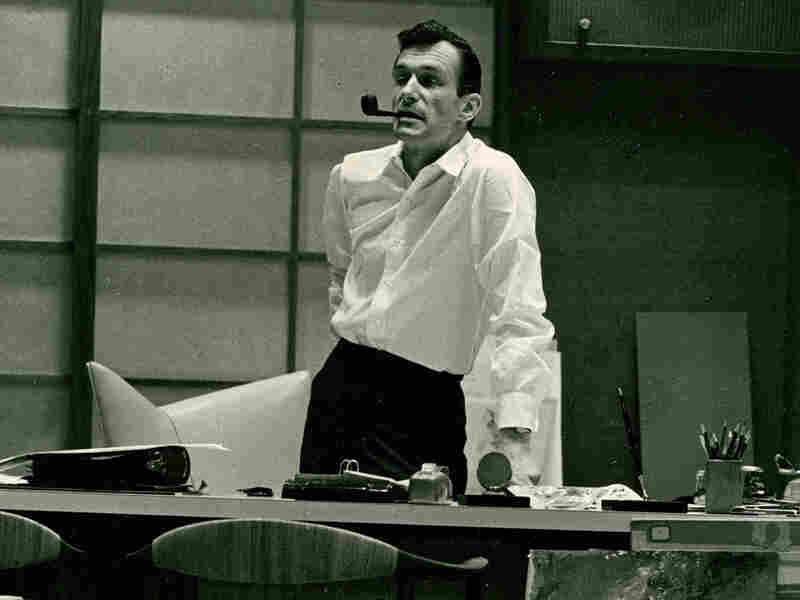 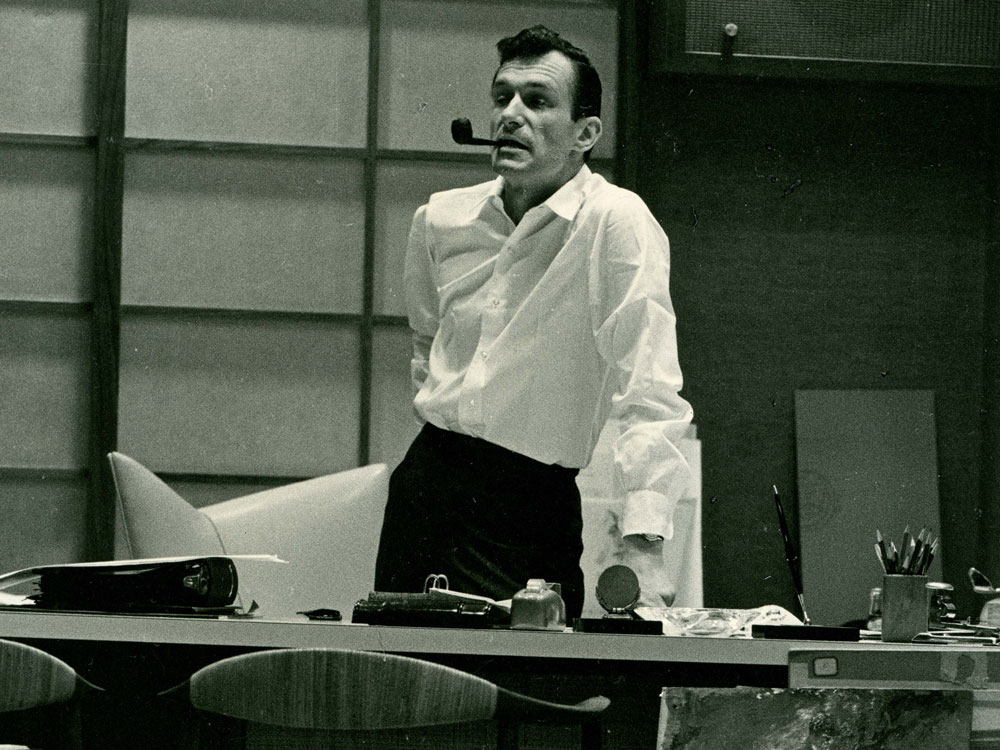 Indeed, at a time when people were risking their lives to register black voters in the South, Hef was repurchasing his club franchises (at a loss) from owners who refused to integrate. His two television shows, Playboy's Penthouse (1959-1960) and Playboy After Dark (1969-1970), regularly featured black talent and mixed-race singing groups like the Gateway Singers. Vibrant and generous clips from both shows provide many of the film's best moments, including Sammy Davis Jr. belting out "Chicago" and a hushed crowd listening to legendary harmonica player Larry Adler.

Powered by the voices of longtime fans (Jim Brown, Bill Maher, James Caan, Jesse Jackson), reluctant converts (Mike Wallace) and intractable critics (Susan Brownmiller), Hef's story is filled with surprises. (Not the least of these is archive footage of the Playboy jet, Big Bunny, airlifting orphans from Vietnam, each child tended by an off-duty "bunny mother.")

Animated versions of Hef's autobiographical cartoons ease transitions, but even so the film would have benefited from more ruthless editing: When there is so much life to cover, it's all too easy to linger.

More revelatory than risque, Hugh Hefner offers a tantalizing timeline of what we view as the ideal woman's body, from peachy and cushiony to tanned and toned, from Monroe curves to Fawcett athleticism. Squeezed between the mammaries, we find a respectable record of hard journalism and provocative fiction, like Ray Bradbury's Fahrenheit 451.

"You got Isaac Bashevis Singer and breasts," says Tony Curtis with a grin, wisely neglecting to state his preference. I guess some people do read it for the articles, after all.