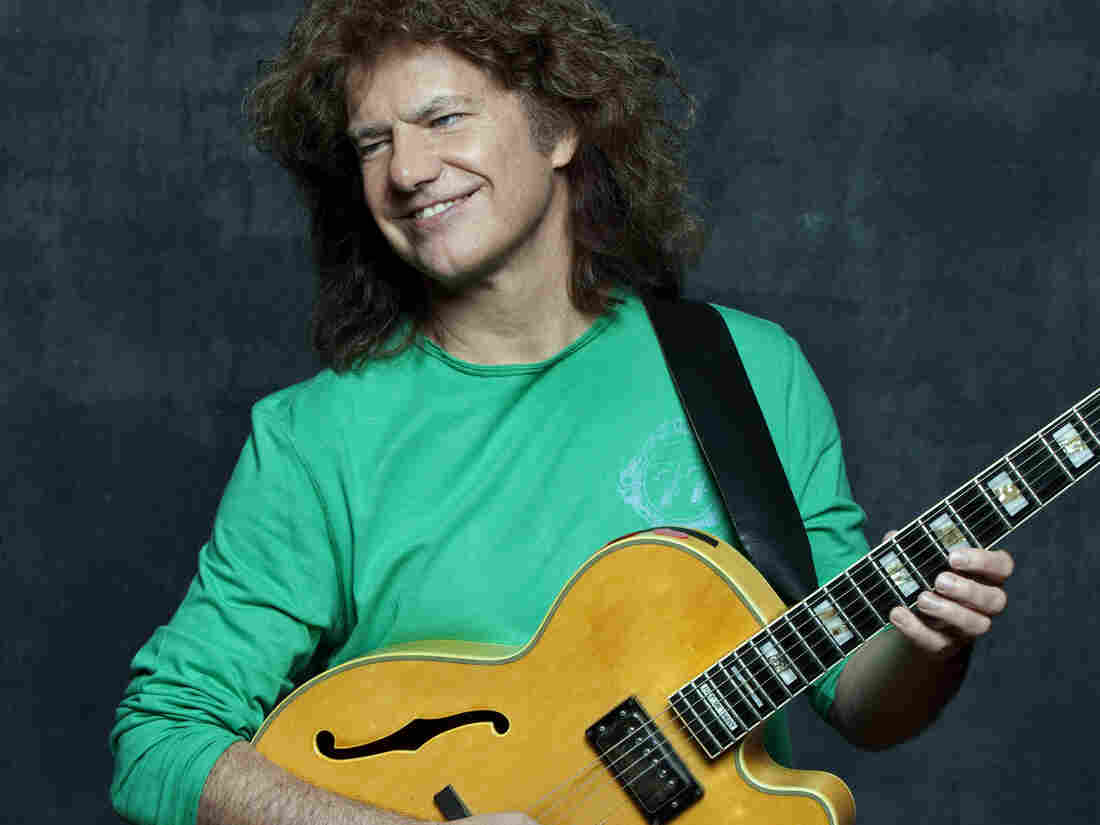 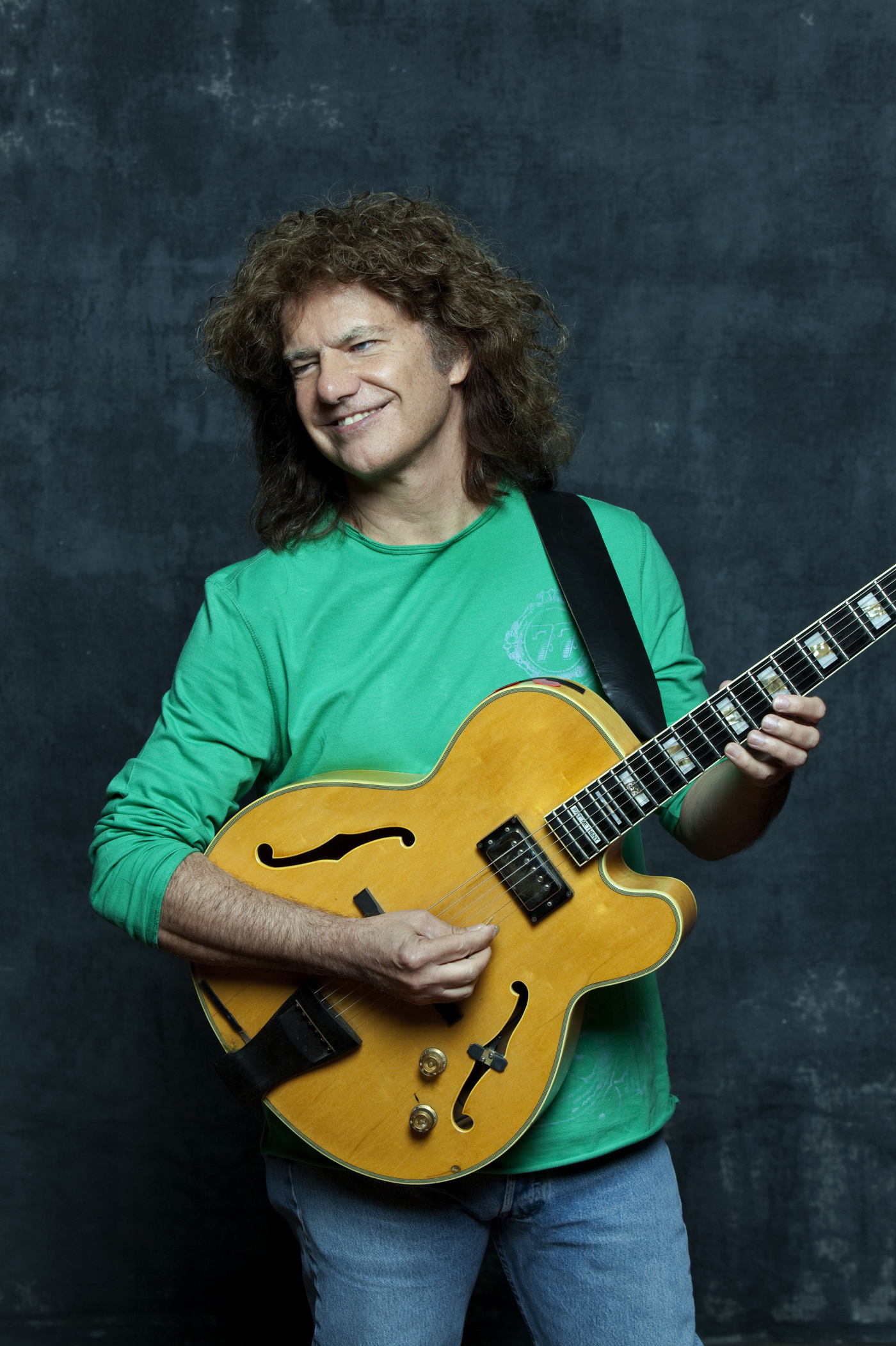 On this Piano Jazz session, the Pat Metheny Trio, which includes star bassist Christian McBride and drummer Antonio Sanchez, drops by for a set of Metheny originals and a few Ornette Coleman tunes.

Metheny is one of the most critically acclaimed jazz musicians of the past 35 years. A tireless sonic explorer whose style incorporates elements of progressive jazz, fusion, Latin, post-bop and New Age music. Metheny has a roomful of Grammy awards and three gold albums. Metheny has a roomful of Grammy Awards to his credit including a 2013 win for Best Jazz Instrumental Album with his Unity Band. Metheny has worked along side jazz greats such as Herbie Hancock, Charlie Haden, Ornette Coleman, Roy Haynes and Joshua Redman.

Metheny and company kick off the session with "Bright Size Life," a tune from his very first album. Metheny's electric guitar tone is instantly recognizable: full and round yet piercing through the mix, and his solo lines soar above the complex rhythm laid down by McBride and Sanchez.

"Boy, that kills me that's the first tune you ever wrote," host Marian McPartland says. "It sounds as if you wrote it today or yesterday."

"The whole thing of writing music evolved out of necessity," Metheny replies. "I wanted to improvise in a way that I was having a hard time reconciling with standards and blues forms. I felt like I needed to come up with an environment to support my way of improvising."

At 14, Metheny won a guitar contest sponsored by Downbeat magazine that brought him to a jazz camp in Decatur, Ill., where the guest faculty included McPartland.

"I entered it by basically copying a Wes Montgomery solo," Metheny says. "Later, I learned that whipping out my Wes thing wasn't the best way to go. It would please the crowd, but the other musicians would be looking at me funny."

Metheny's trio follows with another original, "So It May Secretly." The tune opens with the shimmering, harp-like sound of one of Metheny's modified guitars. He has been a pioneer in the use of guitar effects, new musical technology and unconventional instruments, and continues to explore new sounds.

"That particular guitar has 42 strings on it," Metheny says. "One of the things that interests me about the guitar in jazz is what the instrument offers on an orchestration level — that's pretty much what I've been busy with since I saw you in Decatur, Ill."

McPartland plays an original tune of her own, "Ambiance." The title is a fitting description of Metheny's atmospheric music. McPartland knows how to create a great deal of atmosphere, particularly in her original compositions, through the piano's pedals and the judicious use of space between notes. Her playing links the impressionist influences of the past with Metheny's freer, progressive approach.

"Go Get It" is a bubbling, improvisational workout over a swift tempo, and in the Roy Haynes-inspired "Question and Answer," Metheny shows a more soulful though no less intellectual side.

"I think the question is well answered," McPartland says.

Given the trajectory of Metheny's career, it seems inevitable that he would cross paths with another highly original pioneer in jazz: Ornette Coleman. The meeting of the two (with Charlie Haden and Jack DeJohnette) for a three-day recording session in 1985 yielded the free-jazz album Song X. Metheny's trio performs an outtake, later reissued, from that session, "Police People." Metheny wrote the changes for the tune — unfamiliar territory for Coleman — and the Piano Jazz version rides a joyous, carnivalesque groove.

McPartland joins in for one of her favorite Coleman tunes, "Turnaround," to close this week's session. The quartet sticks mostly to the blues backbone of the tune, with McPartland bringing a proper 12-bar solo followed by Metheny's extension on the theme, with bluesy bends and brief accelerated improv flights here and there.

"Two Ornettes in a row," McPartland says. "That's a great way to end the show."