Accessibility links
Punch Brothers Serve Up A Bluegrass Cocktail The bluegrass supergroup led by mandolin player Chris Thile has released a sophomore album titled Antifogmatic, named for a type of drink that staves off the effects of bad weather. Together with Noam Pikelny on banjo, fiddler Gabe Witcher, guitarist Chris Eldridge and bassist Paul Kowert, the band combines bluegrass instrumentation with elements of classical music and rock 'n roll. 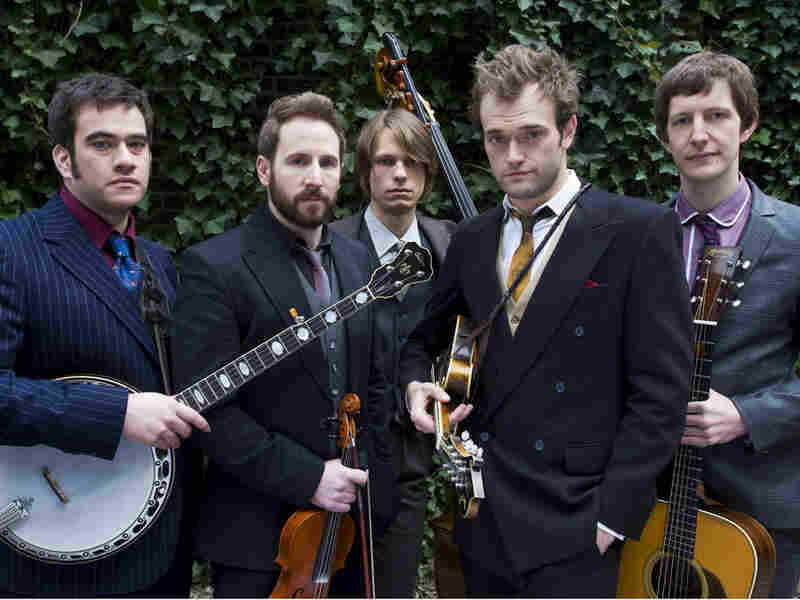 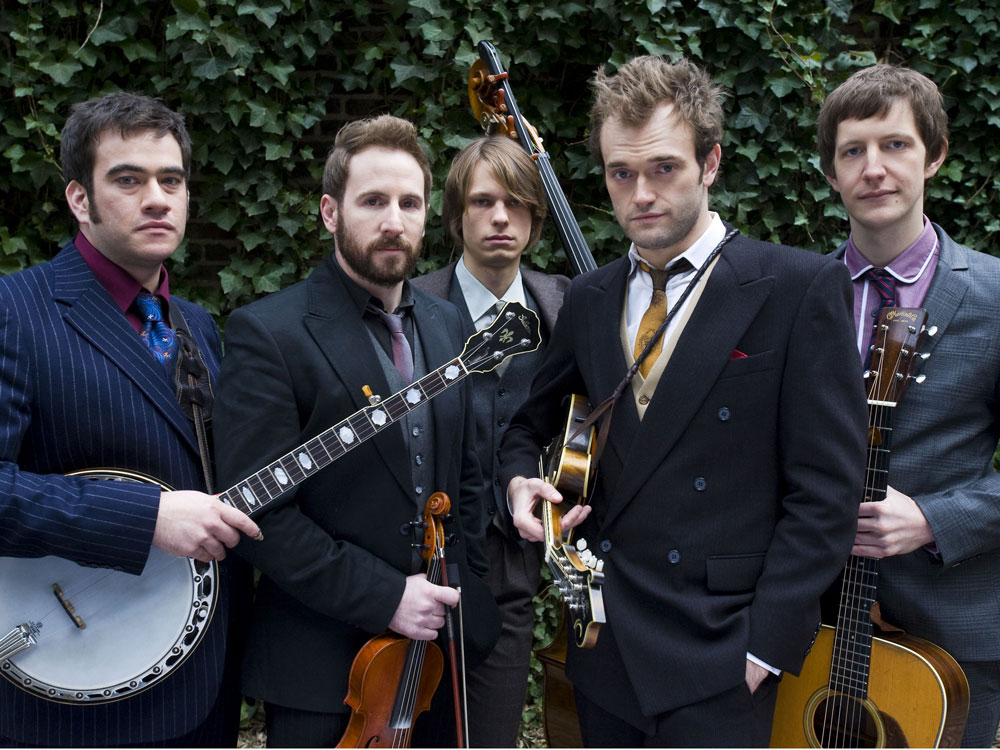 Punch Brothers' sophomore album, Antifiogmatic, takes its title from a kind of drink used to stave off the effects of bad weather.

Antifogmatic is the sophomore release from the Punch Brothers, a bluegrass supergroup composed of Chris Thile on mandolin and lead vocals, Noam Pikelny on banjo, fiddler Gabe Witcher, guitarist Chris Eldridge and Paul Kowert on bass. Together, the band takes bluegrass instrumentation and combines it with elements of classical music and rock 'n roll.

"We love the texture of the standard bluegrass ensemble, but feel that there's a lot of room for expansion and experimentation," Chris Thile tells NPR's Jacki Lyden, guest host of Weekend Edition Saturday.

Most of the songs on Antifogmatic were performed live long before they were ever recorded. Banjo player Noam Pikelny says they came together at a series of performances they dubbed P Bingo Night.

"No bingo was played," Pikelny says, "but it was a weekly and then monthly variety show where we [had] a chance to play new music for people. We would work on these new tunes ... and we'd get instant feedback."

Though the band is rooted deeply in bluegrass — Thile comes from Nickel Creek and Eldridge from the Infamous Stringdusters, among many connections — the band is quick not to get boxed into a single genre.