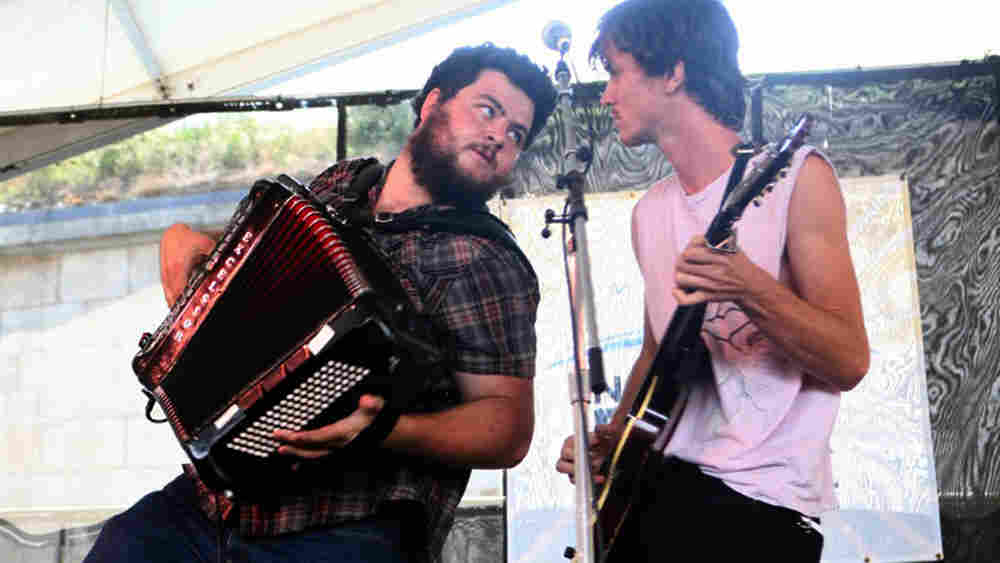 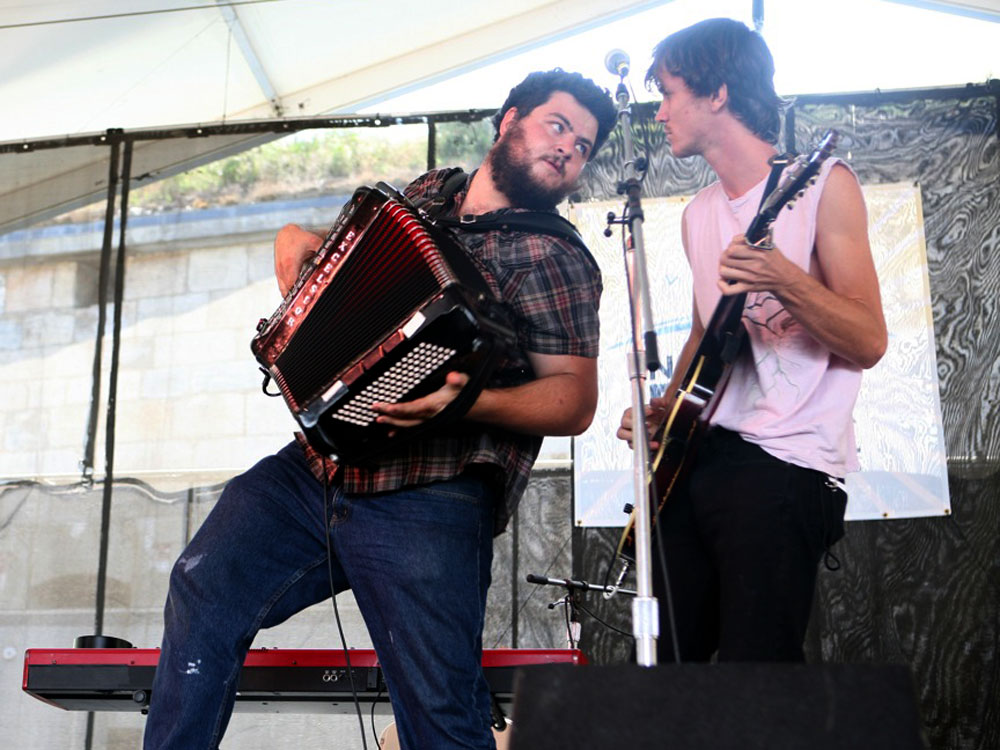 A ramshackle rock 'n' roll band from the Catskills, The Felice Brothers will whip up an infectious mix of rock, country and folk when the group performs live at the Newport Folk Festival in Newport, R.I. Three of The Felice Brothers' five members are actual Felice brothers, who draw on the past (Bob Dylan, The Band, Bruce Springsteen) while the retaining the raw, fresh sound heard on albums like Yonder Is the Clock.