Accessibility links
David Wax Museum: Newport Folk 2010 The talented Boston roots-folk group won its spot on a Newport stage after winning a contest, and it made the most of the opportunity. 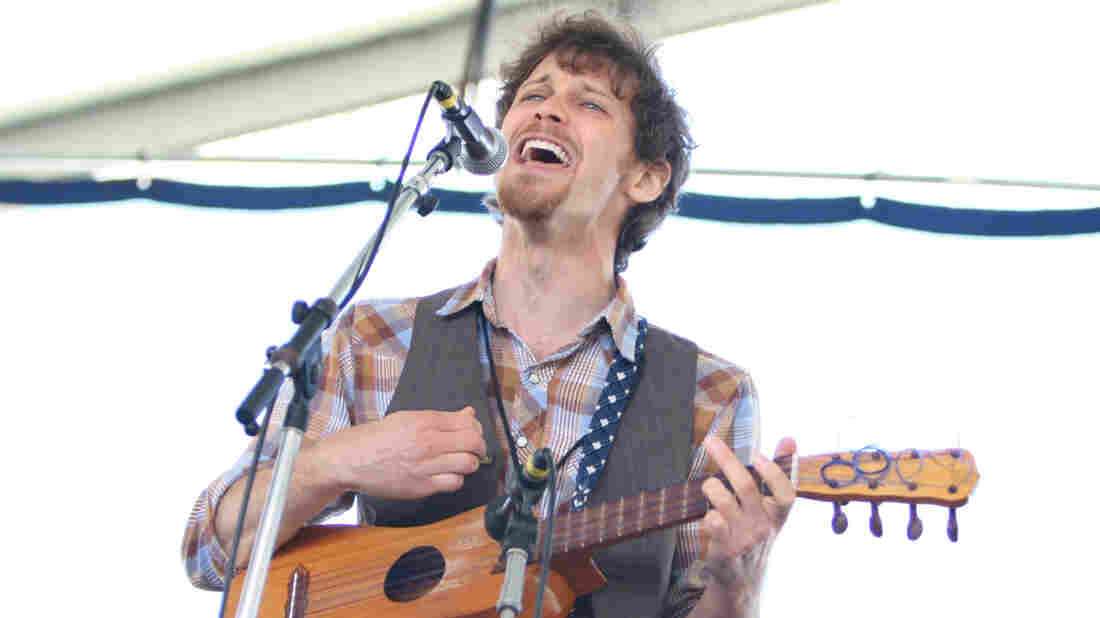 David Wax Museum knows how to make the most of an opportunity. The talented Boston roots-folk band won its spot on a Newport Folk Festival stage after winning a contest, then spent the first day of the festival courting fans cheerfully but aggressively. By the time its set was half over — after it had passed around its mailing list and hawked its line of hats — the group had gathered a fairly enormous crowd, which it proceeded to win over in an increasingly big way. Before its set was over, the full band had congregated in the middle of the crowd to perform without amplification; judging by the deafening roar that followed, David Wax Museum won't need to enter contests much longer.