Accessibility links
The Naked Reality Of 'Truth Or Dare' To avoid having to tell the "truth," Laurel Dalrymple did everything from ringing the doorbell of her misanthropic neighbor to streaking in broad daylight.

The Naked Reality Of 'Truth Or Dare'

The Naked Reality Of 'Truth Or Dare' 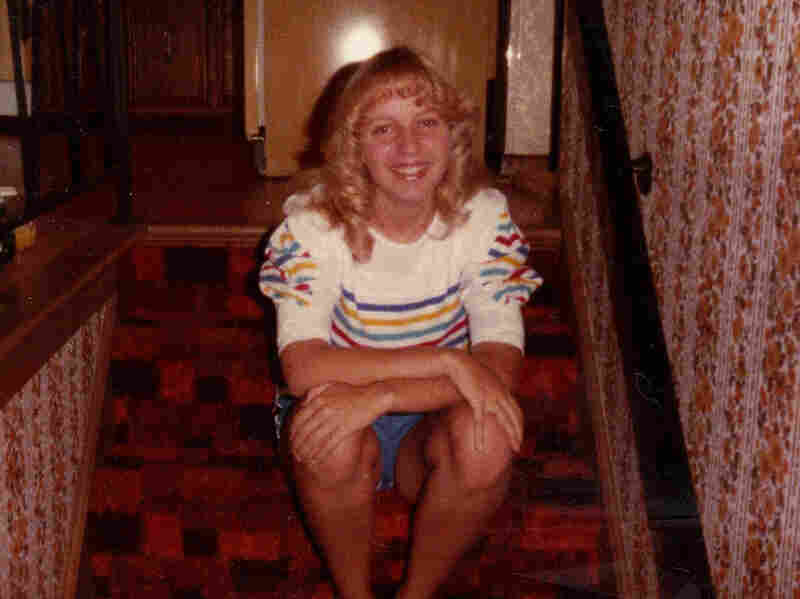 Laurel Dalrymple, age 13, during that small window between The Mange Incident and The Bowzer Incident when a light bulb really should have gone off. Courtesy of Laurel Dalrymple hide caption 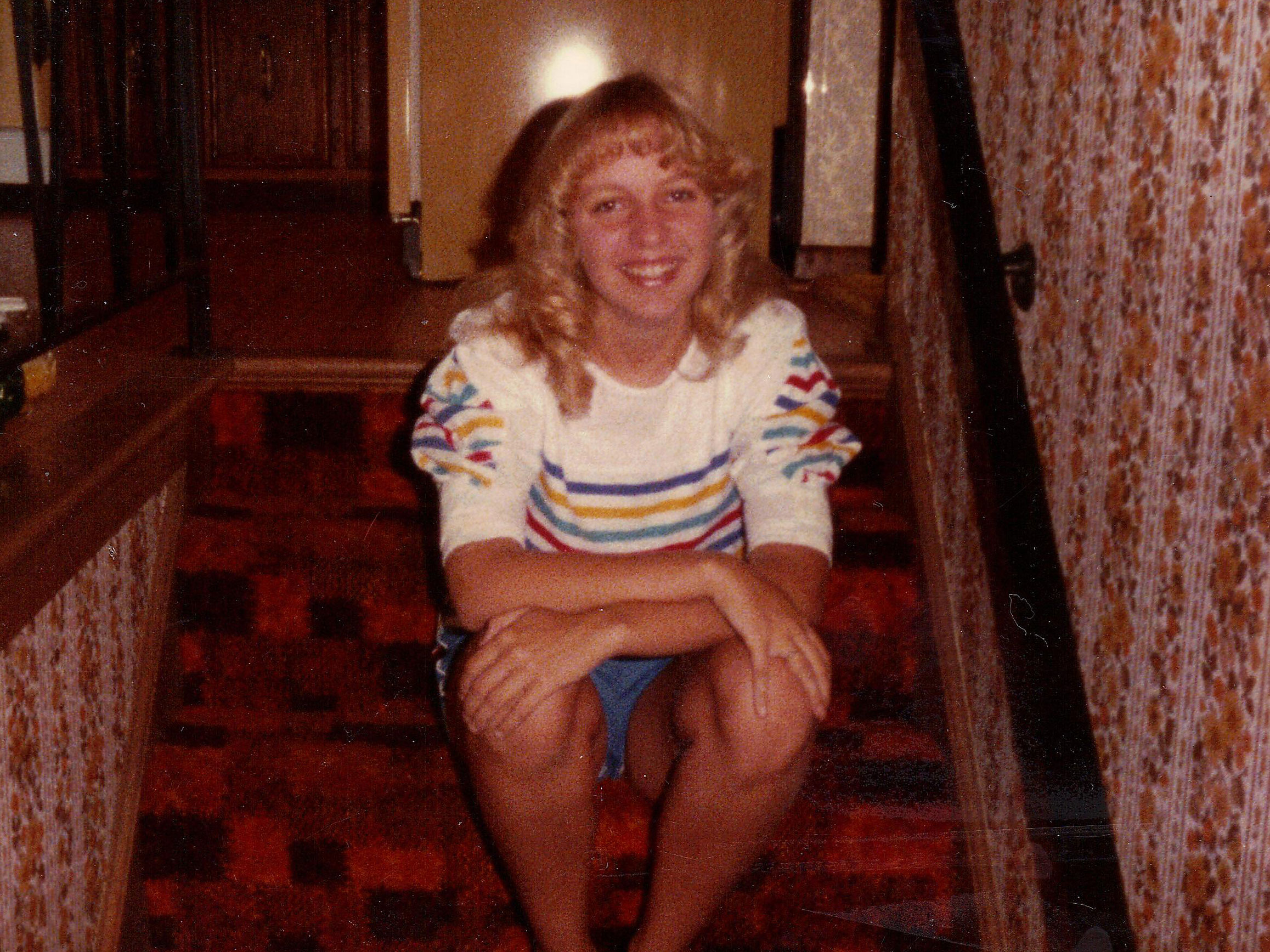 Laurel Dalrymple, age 13, during that small window between The Mange Incident and The Bowzer Incident when a light bulb really should have gone off.

Laurel Dalrymple is a home page editor at NPR.org and not someone you want to pick "dare" with. Trust us.

In sixth grade, I was spending the night with my friends Michelle and Stephanie. It was well past midnight, and the night turned, as it sometimes did, to "Truth or Dare."

"Truth or dare?" Michelle asked me.

Now, this question presents a no-win situation, because anyone knows that to be cool you have to choose "dare." And if you do choose "truth" then you are punished for not choosing "dare" by being forced to answer the most scandalous question possible. The question, I knew, was likely to be whether I had French-kissed a boy. If "yes," I would be peppered with follow-up questions about every detail, which would require serious on-the-fly lying and brutal concentration. But "no" would be even worse: I would be branded as uncool and unfrenchable. The choice was clear: choose truth and tell the truth, choose truth and lie, or choose dare.

"Dare," I said. Truth was waaaay too complicated.

"I dare you to go over to The Mange's house and play Ding-Dong-Ditch-'em."

This was the worst dare imaginable. Mr. Mange lived at the end of the cul-de-sac and hated everyone, but especially kids. He once pinned me against a car window he accused me of spitting on (I did not!) and threatened to call the cops, or worse, my dad. He terrified all of us.

None of us dared breathe while we waited to see if he would start spraying us with bullets. I decided Stephanie was right. This didn't seem like a good time to confess.

"Then do you choose truth?"

This is how the game always goes. You just can't win it.

I crept over to The Mange's house while Michelle and Stephanie peered from behind the bushes a couple of houses down. I had never stepped foot on his property before, and I felt paralyzed, deep in enemy territory. "Just push the button," my 12-year-old brain said. "Push it and run. He won't even wake up. Or maybe he'll think it's funny." But I knew "funny" was a longshot where The Mange was concerned.

I turned back and gave Michelle and Stephanie one last mournful look to see if they'd renege on the dare. Stephanie flapped her arm in a circular "GO!" motion.

I reached out and pushed, then fled as fast as I could toward the bushes, where Stephanie and Michelle were peeking out like squirrels cowering in the path of an oncoming truck. I dove just as The Mange opened his front door and we all crouched down as low as possible.

Out he marched in his scruffy V-neck undershirt and velour pajama bottoms, holding .... whoa. It wasn't his usual can of Bud.

"IF I FIND YOU LITTLE [BLEEPS], YOU'RE DEAD, DO YOU HEAR ME?" he screamed, waving a rifle wildly around the cul-de-sac.

I don't know what came over me. Pure terror? A twisted idea seized my brain like a vise: If you tell the truth you won't get in trouble. Isn't that what they say? Then he won't shoot us. 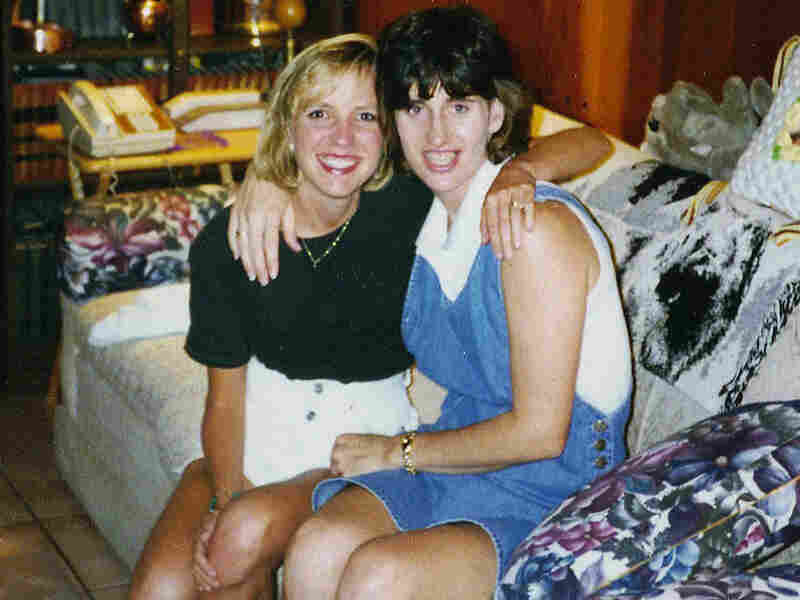 Laurel and Bobbi, 15-year Bowzer survivors, fully clothed at her grandparents' house (this had become a condition for entry). Bowzer is now terrorizing the hounds of hell. Courtesy of Laurel Dalrymple hide caption 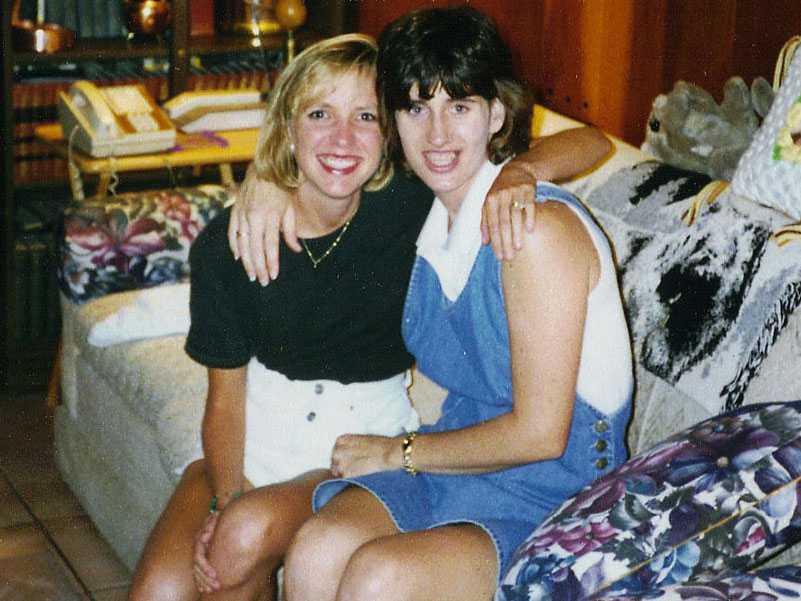 Laurel and Bobbi, 15-year Bowzer survivors, fully clothed at her grandparents' house (this had become a condition for entry). Bowzer is now terrorizing the hounds of hell.

"Maybe we should go out there and confess," I whispered, completely oblivious to the fact that problems with "truth" were what got us here in the first place.

Stephanie looked at me as if I'd just suggested we French-kiss The Mange. "You want to go out and confess to a gun-waving lunatic?"

"SHUT UP!" Michelle hissed at both of us.

Our heated whispers rustled the bushes and The Mange lurched his rifle in our direction. None of us dared breathe while we waited to see if he would start spraying us with bullets. I decided Stephanie was right. This didn't seem like a good time to confess. I don't know if he knew we were there, but he shook the rifle again and yelled "DEAD!" before retreating and slamming the door.

The lights in his house never went out that night.

We held hands in the bushes and didn't move a muscle for an hour.

After that, you'd think I'd have learned my lesson. But not one year later, still going to great lengths to avoid kissing questions, I found myself playing another game of "Truth or Dare."

As I was staying for the summer at my grandparents' house, some girls dared me and my cousin Bobbi to streak, in broad daylight, to the end of the block and back. After checking traffic patterns, wind conditions and other possible obstacles to getting this done as quickly as possible, we stripped down and made a break for the corner. But there was one thing we hadn't counted on.

Bowzer was a Rottweiler named after that guy in Sha-Na-Na with the cavernous mouth, and for good reason, since he had an insatiable thirst for human blood. Whenever Bowzer's owner took him for a walk, he strained and jumped at the leash, growling and barking ferociously. Neighbors knew Bowzer's schedule and route and planned their daily routines around it.

More On The Hidden World Of Girls:

Dear Diary: A Peek Inside The Pages Of Our Lives

Prescription For A Belly Laugh: My Childhood Diary

Just as we dashed to the corner in all of our naked glory, Bowzer came charging toward us from across the street with what looked like full intent to kill. Bobbi and I froze like antelope on the Serengeti, then took hasty refuge in the nearest thing we could find: the rooftop of a neighbor's station wagon. There we cried and screamed for help, hugging each other like twins in the womb, while Bowzer leapt like the flames of hell at the sides of the car. Even while engulfed in sheer terror, I remember thinking, "Is it better to get eaten alive by Bowzer or have my grandfather find me naked on top of the neighbor's station wagon?"

Bowzer hopped around like a hyperactive serial killer for what seemed like hours, and then we heard sirens. The neighbors came, my grandmother came, the girls who dared us came. The cops somehow managed to restrain Bowzer, then hauled us off the roof of the station wagon and presented us naked to my grandmother in front of the entire neighborhood.

It was at that point I realized that any kissing question was better than this. That was the last time I ever played.

However, a few years ago, while spending some time with my friend Karen at a lake in New York, we heard a troop of Girl Scouts make plans to play "Truth or Dare" out on the float that night. We knew what we had to do.

After sunset, Karen and I sneaked down to the dock and hid behind some trees while the Girl Scouts crowded together on the float.

"I dare you to take off your bathing suit and dance around the float."

And they did. They began jumping around, waving their arms, wiggling their hips and singing "Cha-cha-CHA! Cha-cha-CHA!" 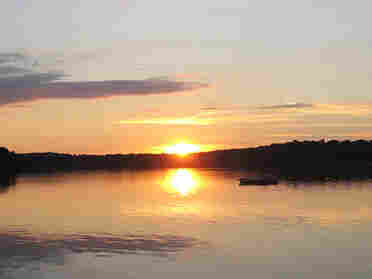 This serene scene belies the carnage that took place aboard the float of horror looming in the distance during the attack on the Girl Scouts. Karen Missler For NPR hide caption

That was our moment. Karen and I grabbed our flashlights and shined them at the float, chanting the "Ch-Ch-Ch-Ah-Ah-Ah" from the Friday the 13th movies.

We watched as they screamed in horror and one by one jumped naked into the chilly lake.

Karen and I smiled at each other.

We suspected this would be the last time they'd ever play "Truth or Dare," too.

You just can't win it.

And yet, as we watched the Girl Scouts shriek and hug each other in the water, I thought about the one saving grace of this barbaric game. It wasn't The Mange that mattered, but joining forces with my friends in the face of the very fear we'd created. It wasn't Bowzer, either, but hanging onto my cousin in the throes of our self-made terror and humiliation. Intense situations can make for good bonding. It's just that good bonding is sometimes born out of really bad ideas.