Accessibility links
Hank Jones On Piano Jazz Legendary pianist Hank Jones was one of Marian McPartland's first guests when she began Piano Jazz more than 30 years ago. Jones died earlier this year, but in this 2009 session, McPartland asked another of her favorite pianists, Bill Charlap, to take a turn on the host's bench to catch up with Jones. 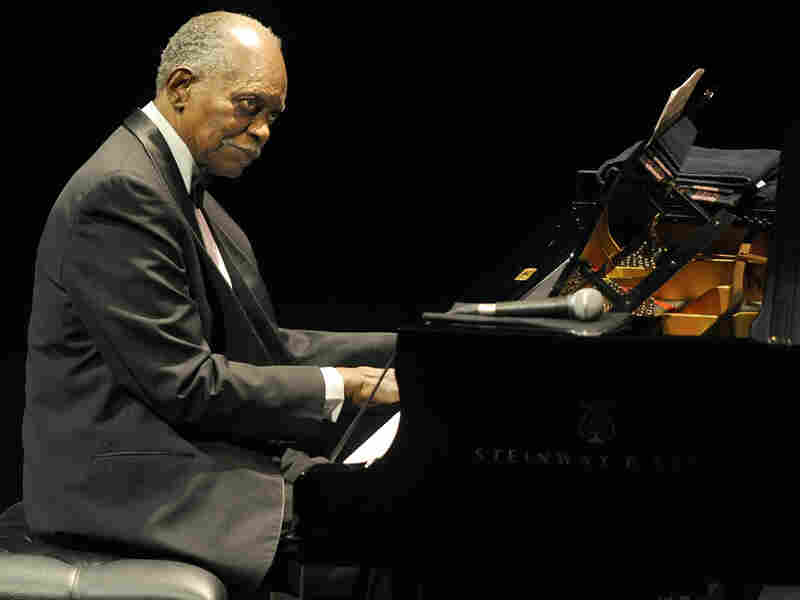 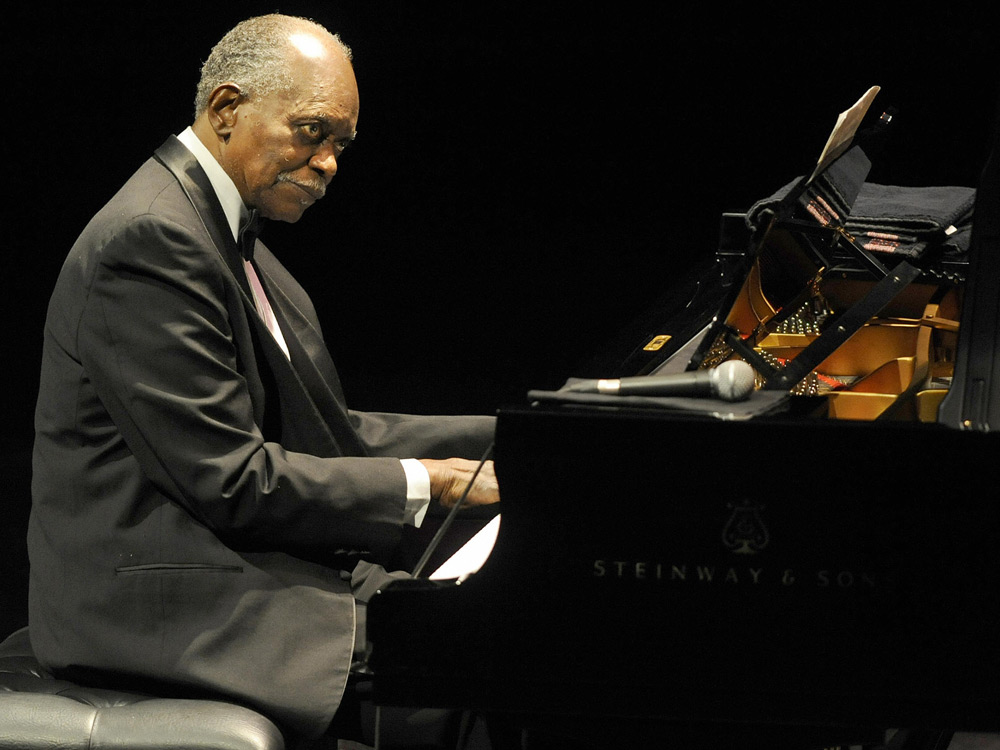 Hank Jones was one of Marian McPartland's first guests on Piano Jazz in 1979.

Born in 1918, Hank Jones was one of five musical siblings — his sisters studied piano, while brothers Thad (trumpeter, composer) and Elvin (drummer) were also celebrated jazzmen. By age 13, Hank Jones was playing locally in Pontiac, Mich., and began working in New York in the mid-'40s. He worked as Ella Fitzgerald's accompanist from 1948 to 1953, and recorded with Charlie Parker at this time. Jones was the house pianist at the Savoy label, where he worked with a long list of other greats, and served as the staff pianist at CBS Studios from 1959-75.

In the public mind, Jones' most memorable date was as the accompanist for Marilyn Monroe when she sang "Happy Birthday, Mr. President" at John F. Kennedy's 45th-birthday celebration. In his later career, Jones continued to work with A-list figures in the jazz world, such as Diana Krall and Christian McBride. Hank Jones died earlier this year; he was 91.

Host Marian McPartland remembers Hank Jones on an earlier Piano Jazz episode: "He was such a master of the piano, and could do just about anything," McPartland says. "He knew every tune and such interesting harmonies. Playing duets with him was a great joy."

In this 2009 session with guest host Bill Charlap, Jones returns to the program 30 years after his first appearance for a set of tunes spanning his career.

"Keep the melody intact," Jones says flatly. "You can do all kinds of things with the harmonies, but the melody must remain."

He credits arranger, composer and clarinetist Bill Stegmeyer with giving him great insight into the kinds of harmonies that Jones still uses in this session. And those trademark harmonies emerge with an easy grace on Stegmeyer's "Lonely Woman."

Jones brings up another point about his playing, one true to all great jazz musicians: "You're only at your best when you're relaxed." That relaxed feeling shines through in duets of "Oh, Look at Me Now" and "Lotus Blossom." The latter tune, penned by Billy Strayhorn, conjures the late-night environs of the jazz world, but Jones takes the session to Sunday morning with his tender rendition of "Lord, I Want to Be a Christian," of which he says, "I grew up in the church, and it's always been a part of my life."

Strayhorn's songs and arrangements were a cornerstone of Duke Ellington's sound, and Charlap follows with Ellington's "Sophisticated Lady." He plays the classic tune with a light, swinging touch, punctuating phrases with abbreviated bass notes from the left hand. At the close of the tune, the great Hank Jones says in unequivocal tones, "Superb! Superb! Superb!"

That would be a great way to describe this special session. It's also a fitting description of Jones' own long, illustrious career in jazz.