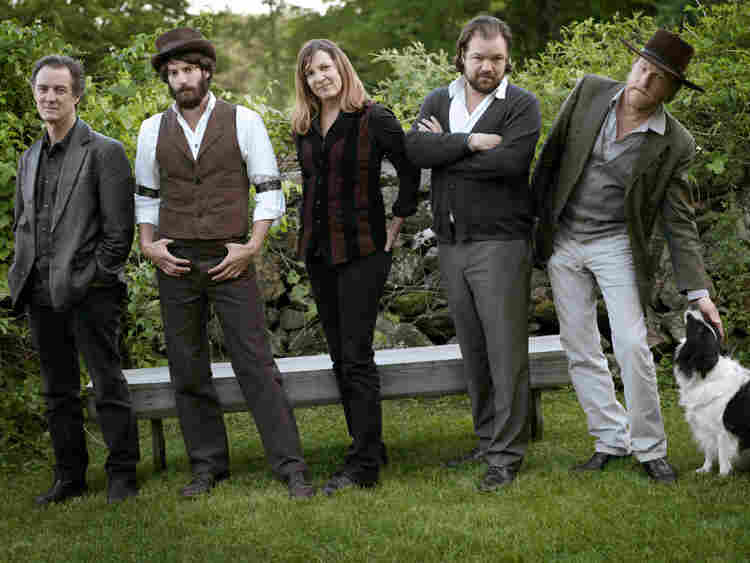 Ray LaMontagne (second from left) and The Pariah Dogs. Courtesy of the artist hide caption 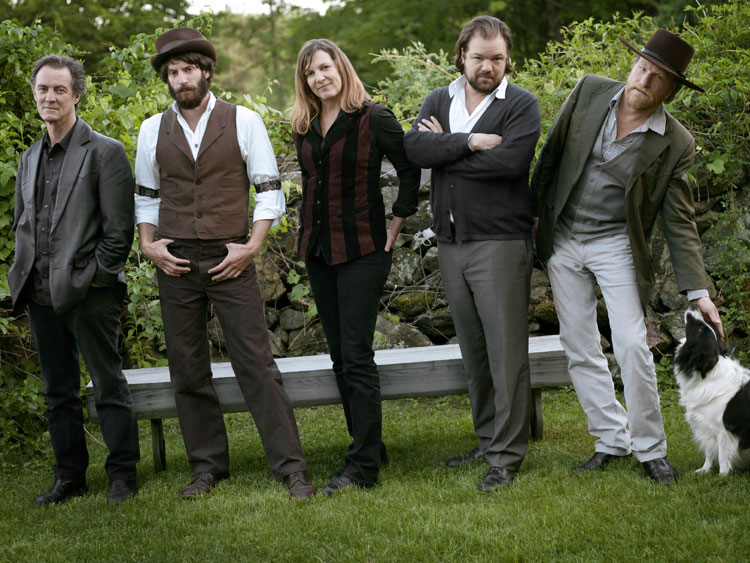 Ray LaMontagne (second from left) and The Pariah Dogs.

Ray LaMontagne may be dismissed as the kind of musician relegated to warm, fuzzy television dramas, but there's much more to the husky-voiced singer-songwriter. On his fourth studio album, God Willin' and the Creek Don't Rise, he's joined by his terrific band The Pariah Dogs: Jay Bellarose on drums, Jennifer Condos on bass, Patrick Warren on keys, Eric Heywood on guitar and Greg Leisz on steel guitar. The album was recorded in LaMontagne's woodsy home in western Massachusetts, which helps lend that rural sound which runs through all of his records.

Whereas 2008's Gossip in the Grain was a more expansive release, God Willin' exists in a more compact musical space. As the album's title suggests, it's a country-tinged record complete with slide guitar and the occasional banjo. The songs conjure images of a simple life of hammock naps and skillet-cooked breakfasts within a universe devoid of cell phones, laptops and televisions. The only interruption to his scene of melancholy serenity occurs in the first track, "Repo Man," which kicks off the album with an aggressive guitar riff and accusatory lyrics. The rest of the album operates at a much slower pace, though, wandering from regret to occasional contentment.

With God Willin', LaMontagne continues to churn out soulful tunes that relentlessly tug at the heart strings. He isn't covering new territory, but his music is no less satisfying for its familiarity. For example, in "New York City's Killing Me," he laments the sterility of urban living, singing, "I was just kicking along the sidewalk / No one looks you in the eyes / No one asks you how you're doing / Don't seem to care if you live or if you die."

LaMontagne reins in his characteristic raspiness on God Willin'. It's still very much present, but he rarely belts the notes as on previous records. Instead, he favors clarity and a smoother delivery, as evidenced by the contemplative "Old Before Your Time."

God Willin' and the Creek Don't Rise comes out August 17 and will stream here in its entirety until September 7. Please leave your thoughts on the album in the comments section below.