Accessibility links
Carried Away By The 'Night Soldiers' Author Jake Halpern is all about mood. When he's looking to deluge his senses, he turns to Night Soldiers. Whether ambling down Parisian streets on the eve of war or taking a crisp train ride through the Pyrenees, Alan Furst's prose takes him instantly there. 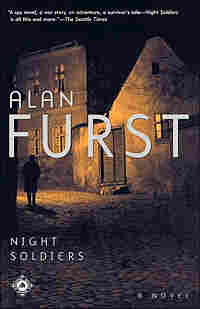 Jake Halpern is the author, most recently, of the novel Dormia.

When I was 15 years old, I spent part of the summer in France, and I fell in love with girl named Nicole. We spent one full day together, just the two of us, lying on the beach in Nice. I remember what she wore, even the way her hair smelled — like lavender. Years later — I must have been in my early 20s — I stepped into a perfume shop in Boston and smelled that particular scent. It was Nicole's — and it floored me. Memories flooded back. I didn't just recall being in Nice with Nicole; for a moment, I was there — I felt viscerally like that 15-year-old kid who was in love for the first time. The scent just whisked me away.

For me, the books of Alan Furst conjure a similar magic. Furst's novels have been likened to works of Graham Green and John le Carre. His stories tend to be set in Paris on the eve of World War II. He is a master at creating mood — mood so bewitching that for a moment, you feel as if you're there in Paris, in the dim bistro, way back in the corner booth, sipping your Chateau Margaux.

Look, let's be clear. I am a 34-year-old guy who grew up in Buffalo. I probably couldn't taste the difference between vintage Bordeaux and Two Buck Chuck. And I certainly wasn't there on the eve of Paris' fall to Nazis.

But I feel as if I were.

Consider this scene from Night Soldiers. In it, the main character, Khristo, and his lover, Aleksandra, are walking into a cafe early in the morning:

"The workingmen in the cafe acknowledged her entrance with great affection. She was so titi — the classic Parisian street urchin, given to storm-blown passions yet impossibly adorable — towing her coatless lover into a cafe so early in the rainy morning, so delighted with her own eccentricity yet so vulnerable — blond shag hanging down to her eyes — that every one of them felt obliged to desire her. For she was, if only for a moment, some girl they'd once loved."

You read Furst for the moments like this — moments in cafes, in brothels, in lovers' garrets and in train rides across the Pyrenees. You even savor the dank, dark, terror of the cellars where the Gestapo thugs take their prisoners, if only to feel as if you were there and lived to tell. You read Furst, because when you crack open that binding, you don't smell glue — you smell the scent of espresso and the smoke of Gauloises cigarettes. And for a brief transcendent moment, you're there.

Next, she was hungry. It meant they had to get dressed all over again and go out in the rain, joining the early workers in the cafe on the corner. Every eye went to Aleksandra as they entered. She peered out at the world from beneath a yellow straw hat -- a "boater," with circular crown and flat brim -- wore a green wool muffler looped around her neck, and was lost in the immensity of Khristo's sheepskin jacket while he made do with a heavy sweater. To top it off, she was smoking a thin, gold Turkish cigarette. The workingmen in the cafe acknowledged her entrance with great affection. She was so titi -- the classic Parisian street urchin, given to storm -- blown passions yet impossibly adorable -- towing her coatless lover into a café so early in the rainy morning, so delighted with her own eccentricity yet so vulnerable -- blond shag hanging down to her eyes -- that every one of them felt obliged to desire her. For she was, if only for a moment, some girl they'd once loved. Khristo and Aleksandra seated themselves at a small table by the window, shivering as the warm air drove out the chill, inhaling the luxurious morning fog of strong coffee, tobacco smoke and bread.

"Two breakfasts, please," Khristo said to the owner when she came out from behind the bar. She was back in a moment with bowls of milky coffee, a flute -- the slimmest loaf with the most crust -- cut into rounds, and saucers of white butter and peach jam. It took both hands to hold the coffee. They polished that off in short order and ordered two more.

"Pauvres!" said the owner from behind the bar, meaning you poor starving things, a fine Parisian irony twinkling in her tight smile. It was her divine right as proprietaire of the cafe to make fun of them a little -- I know why you're so hungry.

To the second breakfast she added, unbidden, two steaming bowls of soup. Last night's, no doubt, and all the better for having aged. When these did not appear on the bill, Khristo began to thank her but she tossed his gratitude away with a flip of the hand. It was her right to feed them, to play a small role in their love affair. These were some of the sacred perquisites of the profession, to be dispensed at her whim. 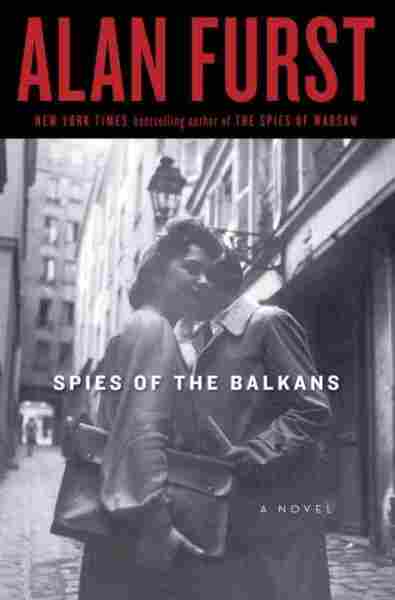 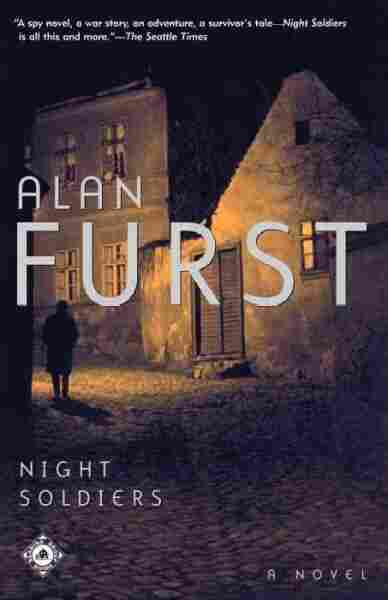