Accessibility links
Five Pioneers Of Electric Jazz Guitar Prior to the advent of electrical amplification, the role of the guitar in jazz was strictly that of a chorded rhythm instrument. But as soon as guitarists could plug into an amplifier, the electric guitar started making its presence felt as an improvisational voice in jazz. Every guitarist now playing owes something to at least one of these pioneering jazz guitarists. 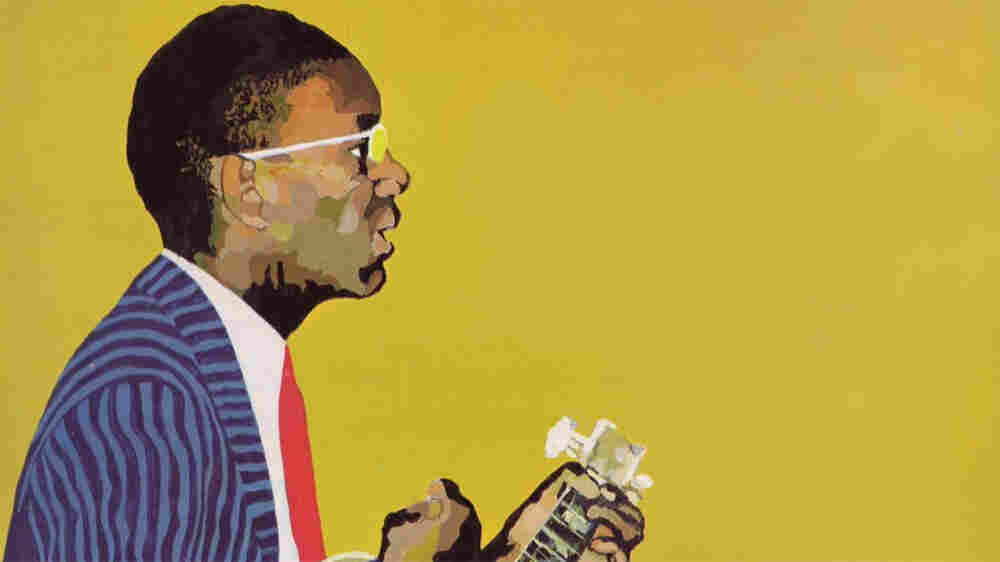 Charlie Christian was a forerunner in establishing the musical language of bebop. Greg Murray hide caption 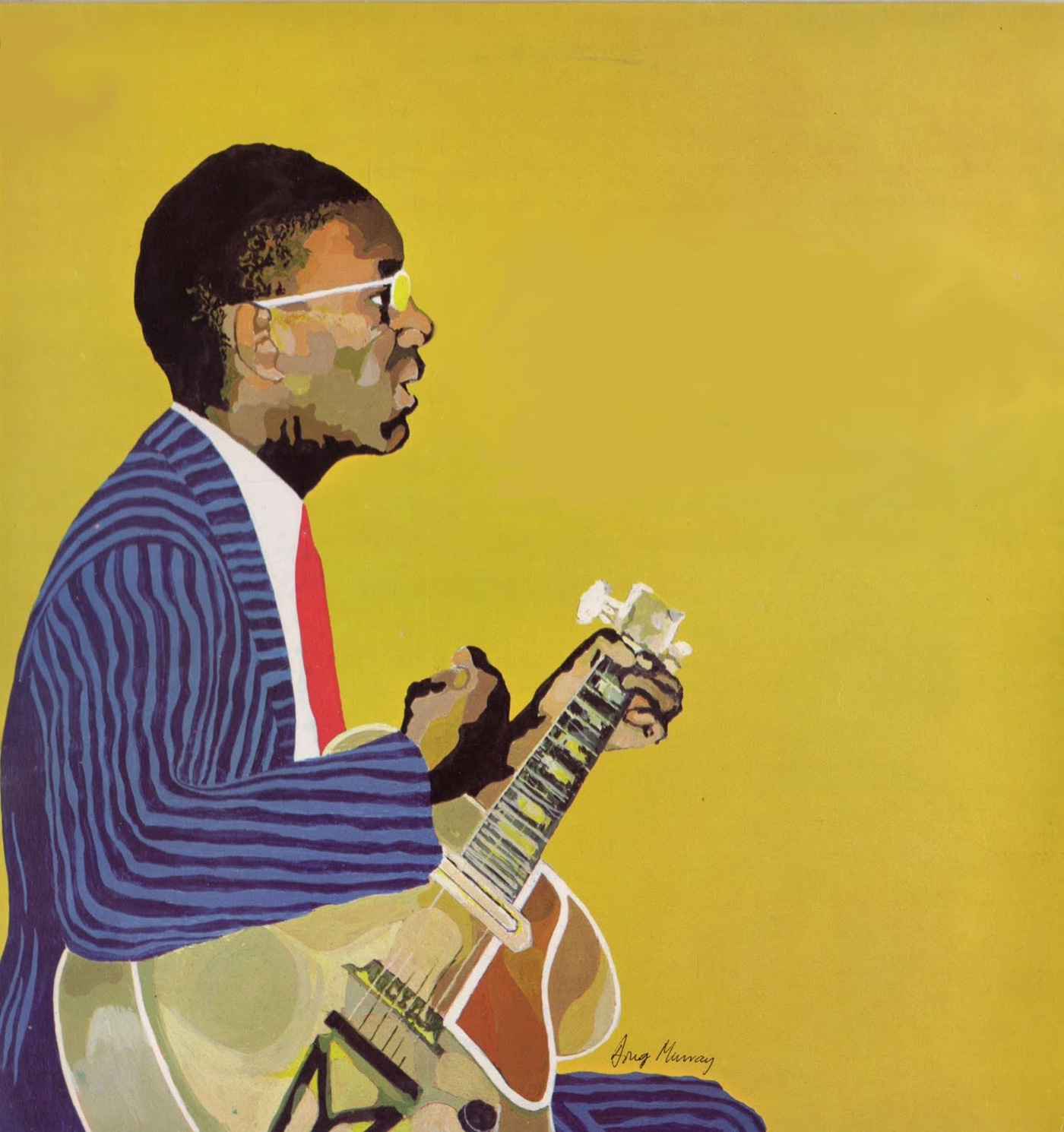 Charlie Christian was a forerunner in establishing the musical language of bebop.

Prior to the advent of electrical amplification, the role of the guitar in jazz was strictly that of a chorded rhythm instrument, chugging along with the bass and drums and helping to propel whatever ensemble it was a part of. Soloing was pretty much out of the question because, without amplification, the guitar couldn't be heard over the horns.

As soon as guitarists could plug into an amplifier, however, the electric guitar started making its presence felt as an improvisational voice in jazz. It's come a long way since the late 1930s, and many great jazz guitarists are doing amazing things today. But every guitarist now playing owes something to at least one (if not all) of the pioneering jazz guitarists listed below.

When guitarist Charlie Christian began recording with the Benny Goodman Sextet in 1939, the electric guitar took its first big step into the history of jazz. Christian wasn't the first jazz guitarist to use amplification (Eddie Durham, for one, beat him to it), but he brought the electric guitar into focus with his immense talent. Along with making the guitar a viable instrument in Goodman's style of swing, Christian was also a forerunner in the establishment of the musical language of bebop, examples of which can be found in his solo for "Good Enough to Keep," which also features solos from clarinetist Goodman and vibraphonist Lionel Hampton. 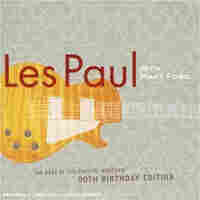 Les Paul's influence on electric guitar (and on recorded music in general) is inestimable. Not only was he a groundbreaking player, but he was also a visionary. He was an early proponent of the solid-body guitar and an early experimenter with overdubbing, and he helped design the first multi-track tape-recording deck. When Paul made this recording of "Lover" in 1948 -- his first experiment with overdubbing -- tape wasn't an option. To do the eight overdubs that were required to make the record, he had to record each track separately onto an acetate disc. If the take was no good, he'd have to record another disc. It is said that to get this song to sound like he wanted it to sound, he went through 500 discs. Today, "Lover" might sound like little more than a charming novelty, but when Paul was recording it, he was working his way toward studio recording techniques that are still in use. (And, though it's a far cry from Pat Metheny's current Orchestrion project, it was also the first step in that direction.)

I Hadn't Anyone Till You

Like Les Paul, George Van Eps was an inventor as well as an amazing guitarist. In fact, he was such an accomplished musician, he wanted to be able to accompany himself on bass as he played the guitar. Toward this end, he designed a seven-string guitar in the late 1930s. The seventh string allowed him to get bass tones lower than the open E-string on the conventional six-string guitar, and thus provide himself with a walking bassline as he played. It also opened up all kinds of opportunities for new chord voicings on guitar. In recent years, Charlie Hunter has experimented with an eight-string instrument, but seems to have finally settled on seven. Hunter's innovative work was begun in the '30s by George Van Eps. 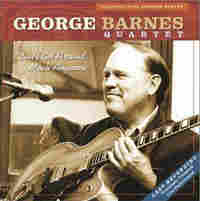 I Can't Get Started

Today, the artistry of George Barnes isn't well-known outside of a small circle of jazz guitarists and aficionados. But his influence runs through the history of electric jazz guitar. Some claim he was the first jazz artist to record with an electric guitar. (This might be true, but it wasn't a jazz song. In 1938, prior to the beginning of Charlie Christian's recording career, Barnes played electric guitar on a blues recording with Big Bill Broonzy.) Barnes was also one of the first guitarists to use the instrument as the only melody instrument in a small group format, accompanied by a rhythm section of bass, drums and rhythm guitar. In this live medley from his final recording in 1977, you can hear Barnes' wonderful technique in a ballad and an up-tempo set-closer. He was a master player who shouldn't be forgotten. 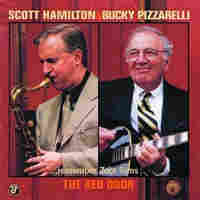 Bucky Pizzarelli began playing guitar professionally at age 17. Today, at 84, he's still going strong. He was a contemporary of most of the players on this list and a student of George Van Eps, which was his first step toward becoming one of the finest seven-string guitarists in jazz. In fact, if there's one electric jazz guitarist who can be said to be the living embodiment of the instrument's history, it's Bucky Pizzarelli. He plays rhythm guitar in the spirit of Freddie Green and is noted for his amazing chorded soloing. This duet with saxophonist Scott Hamilton shows all of Pizzarelli's strengths: great rhythm accompaniment, working the seventh string to provide his own basslines and constructing improvisations using chords rather than single notes. If you want to see the history of jazz guitar in action, go see Bucky Pizzarelli.