Accessibility links
Amanda Palmer: Radiohead For Four Strings Dresden Dolls frontwoman Amanda Palmer's latest escapade is a whole album of covers -- Radiohead covers, to be exact, all performed on the ukulele. When Palmer tackles "Idioteque," the result is vivid and endearing. 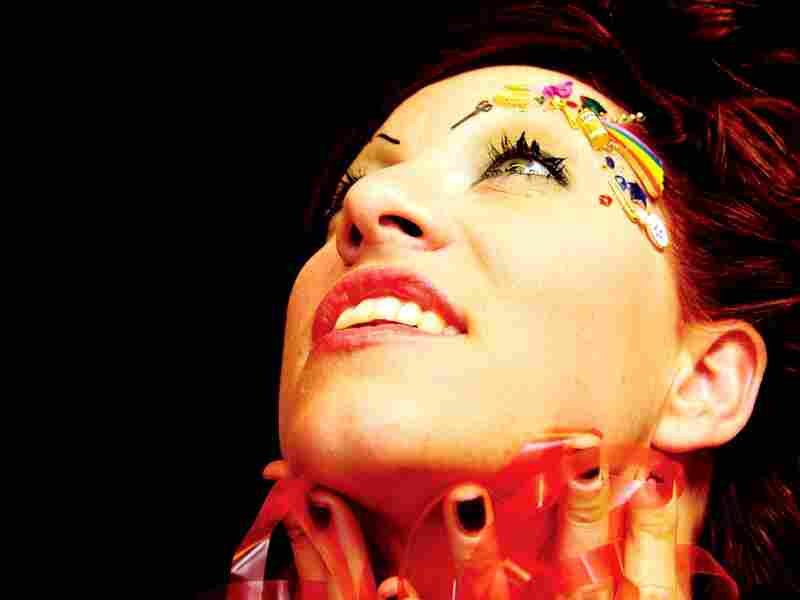 When Amanda Palmer tackles "Idioteque" on the ukulele, the result is vivid and endearing. courtesy of the artist hide caption 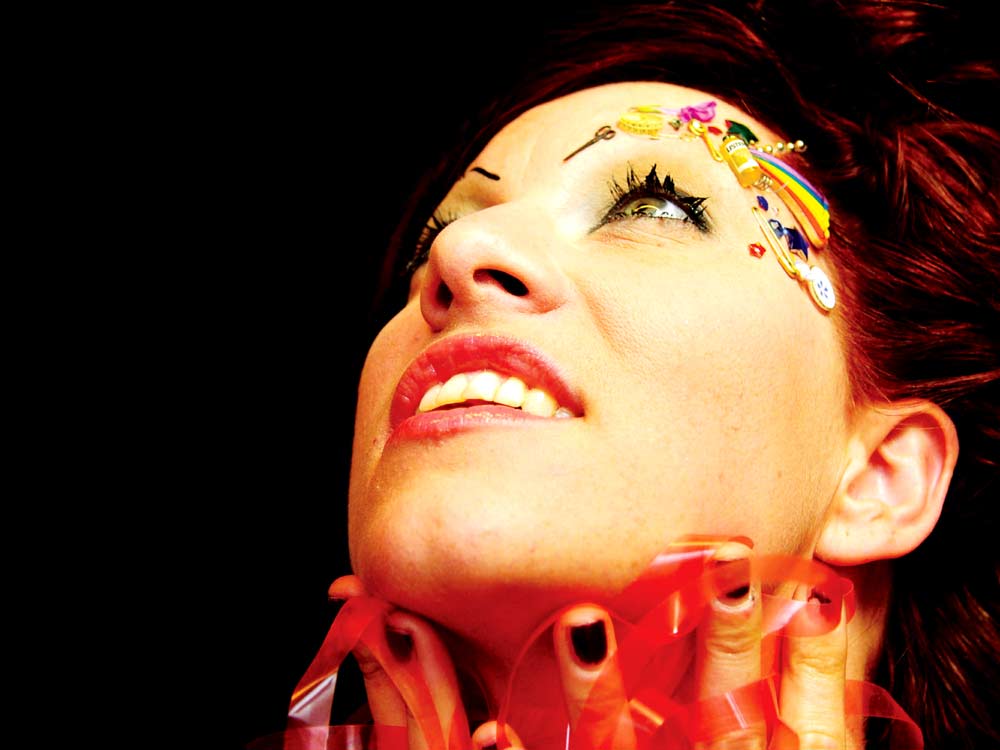 When Amanda Palmer tackles "Idioteque" on the ukulele, the result is vivid and endearing.

Taking the work of a beloved artist and putting your own stamp on it is a bold and humbling endeavor. Musicians have been doing it for eons, but the cover still remains an elusive beast. Does it presume to be an ode, a re-imagination, or an improvement upon the original? Most times, the answer is inexplicit. Hearing a familiar, beloved song through a stranger's vocal cords can be tremendously exciting, or terribly unsettling.

This is why some braced themselves for Dresden Dolls frontwoman Amanda Palmer's latest escapade: a whole album of covers -- and Radiohead covers, no less. Palmer self-released the short work, titled Amanda Palmer Plays the Popular Hits of Radiohead on Her Magical Ukulele, last summer. All obligatory skepticism aside, the songs are vivid and endearing. She does "Creep," "Fake Plastic Trees" and "No Surprises," among others. That might not sound too exciting, but Palmer's raw, confident delivery makes these reinterpretations worthwhile.

Without the potent, pulsating beat and whirring electronic sample that make Radiohead's "Idioteque" so intoxicating, what's left? Though Palmer re-creates these elements to some effect, her vocal performance does the song justice. Thom Yorke isn't exactly known for his elocution, which makes Palmer's more articulate recital a thought-provoking alternative to Yorke's signature slurring. Finally, as if the cover itself wasn't ambitious enough, Palmer actually adds her own ornamentation to the piece. As the powerful refrain ("Here I'm allowed / everything all of the time") recycles in full stereo, she softly recounts a list of names. Who is "Eric," "Nathan" or "Gideon"? It's entirely murky, but the effect of this augmentation is weighty, like a solemn memorial to lost loves or fallen soldiers, giving Palmer's already successful cover an added dimension.

Sign Up: Song Of The Day Newsletter
Neutral Milk Hotel Album Transformed For Stage May 10, 2009
Amanda Palmer And The Complex Psychology Of (What Really Looked Like) The Perfect Prank April 1, 2009
Dragged from the Past, Kicking and Screaming July 18, 2006