Accessibility links
Good News, Dr. Laura: Your First Amendment Rights Are Still Yours Laura Schlessinger has announced that she'll end her radio show at the end of her contract, in part to get her First Amendment rights "back." We take a moment to differentiate between the First Amendment and profits. 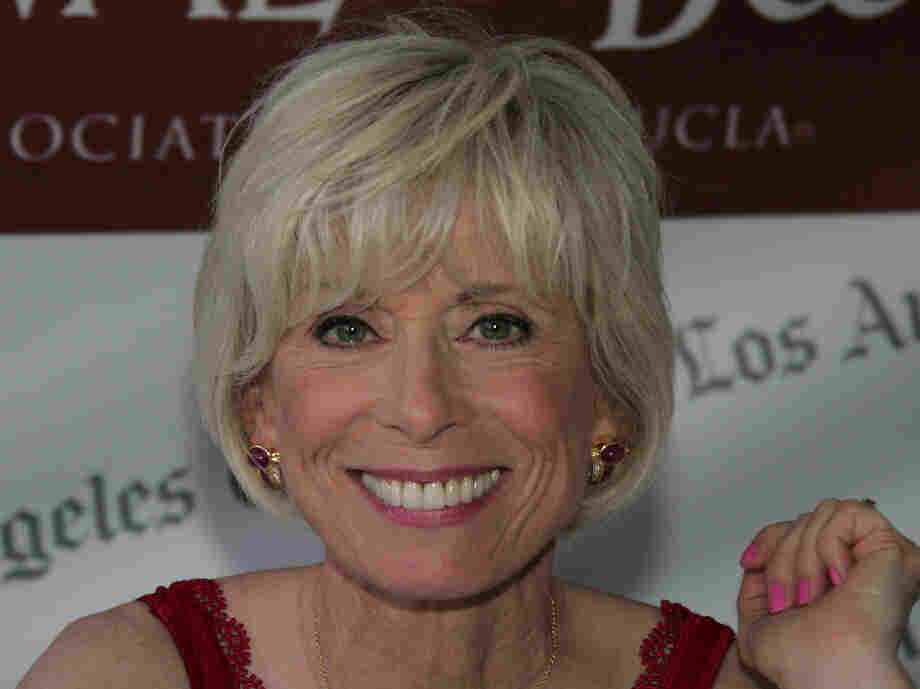 Seen here in 2008, Laura Schlessinger has announced that she's ending her radio show, in part to get her First Amendment rights "back." David Livingston/Getty Images North America hide caption

Laura Schlessinger is not the first person to invoke the First Amendment when undesirable consequences flow from controversial statements. Far from it.

As you may have read, in announcing that she will abandon her radio show, Schlessinger said on Larry King Live, "I want my First Amendment rights back, which I can't have on radio without the threat of attack on my advertisers and stations." (Emphasis added.)

Let's review how this started. This latest round of controversy began when Schlessinger engaged in a dialogue with a black female caller, during which (according to a CNN transcript), Schlessinger repeatedly used the so-called "n-word" (in the context of pointing out that it's frequently said by black comedians on HBO, and arguing that if it's okay for them in that context, then it's okay for everyone in any context). In addition, she later said -- in reference to the caller, who took offense at Schlessinger's language, and who had stated that her husband was white -- the following: "If you're that hypersensitive about color and don't have a sense of humor, don't marry out of your race." (This roundtable discussion from NPR's Tell Me More has a more extensive discussion of the incident.)

Let's put aside who is right or wrong in this specific exchange -- because as fiery as that debate could get, it's not relevant to what's most interesting about Schlessinger's statement, which is its reference to the First Amendment.

In elaborating on her desire to get "her First Amendment rights back," Schlessinger said, "I want to be able to say what’s on my mind and in my heart and what I think is helpful and useful without somebody getting angry, some special-interest group deciding this is the time to silence a voice of dissent and attack affiliates, attack sponsors. I’m sort of done with that."

Schlessinger apparently intends to turn her attention from radio to other pursuits: "I will be stronger and freer to say my mind through my books, my YouTube Channel, my blog and my website. And I'll be on TV more, because I'll have the freedom to speak my mind."

Curious. Because this has nothing to do with the First Amendment at all.

Leaving her show doesn't restore to Schlessinger any lost constitutional rights. (She likely knows this perfectly well, but unfortunately, it's a distinction that tends to get lost in the rhetoric surrounding these conflicts.) What it does is free her from the sponsorship model of distributing content and its vulnerability to economic pressure.

She's absolutely right that boycotts are relatively common, and they come from all political angles. GLAAD and several other groups put in place a boycott intended to get Dr. Laura's sponsors to withdraw their support of her show; the American Family Association proposed a boycott of the Today show after it allowed gay couples to enter its wedding contest. Anyone walking around Washington right now will see signs about boycotting Discovery Communications and its advertisers because one of its channels, TLC, is showing Sarah Palin's Alaska this fall.

It's a tricky balance, the advertiser boycott. How antsy and fearful do you want advertisers to be when there's potentially provocative content at issue?  How cautious do you want networks to get? Reasonable minds can disagree.

But the First Amendment doesn't guarantee that speaking your mind will have no economic consequences. Proclaiming that those without thick skins probably shouldn't marry outside their race is always going to be, let us say, commercially risky if you're aiming for a broad audience -- or if your sponsors are. General Motors and Motel 6 both reportedly pulled their sponsorship over the flap, prior to Schlessinger's decision to leave her show. But whether that's the right thing to do or the wrong thing to do, it doesn't implicate the government; it implicates the profit motive.

In fact, the organization of a boycott is itself the exercise of First Amendment rights -- GLAAD, or the American Family Association, or Sarah Palin, or Laura Schlessinger, anyone can publicly advocate for an end to the economic support of someone else's speech. If you want, you can boycott them back -- "Okay, if GLAAD is boycotting Laura Schlessinger, then I'm boycotting anybody who donates to GLAAD." It becomes reductive and unhelpful at some point, and it may or may not be justified, and one side or the other may be substantively right or wrong -- but all of it, from every angle and every political position, is consistent with the idea of free expression.

Because the "free" in that concept means "free from government interference," not "free from consequences."

What Schlessinger really wants to get "back" is a perfectly valid and very real kind of freedom: an economic freedom facilitated in part by changes in technology. She's talking about moving herself to platforms where you don't necessarily have to deal with sponsors and affiliates. She's talking about YouTube, her blog, her site, her books -- channels where the connection between the content creator and the public is far more direct, and which require the participation of fewer third parties who might be targeted by economic pressure.

But she's never been in any sort of First Amendment peril -- just the peril of the pocketbook.