Accessibility links
'You Lost Me There': Memory Of A Marriage Mourned In Rosecrans Baldwin's wise debut novel, a young widower comes to terms with the sudden death of his wife. Critic Michael Schaub says this moving meditation on the way grief distorts memories is affecting, profound and true.

'You Lost Me There': Memory Of A Marriage Mourned

'You Lost Me There': Memory Of A Marriage Mourned 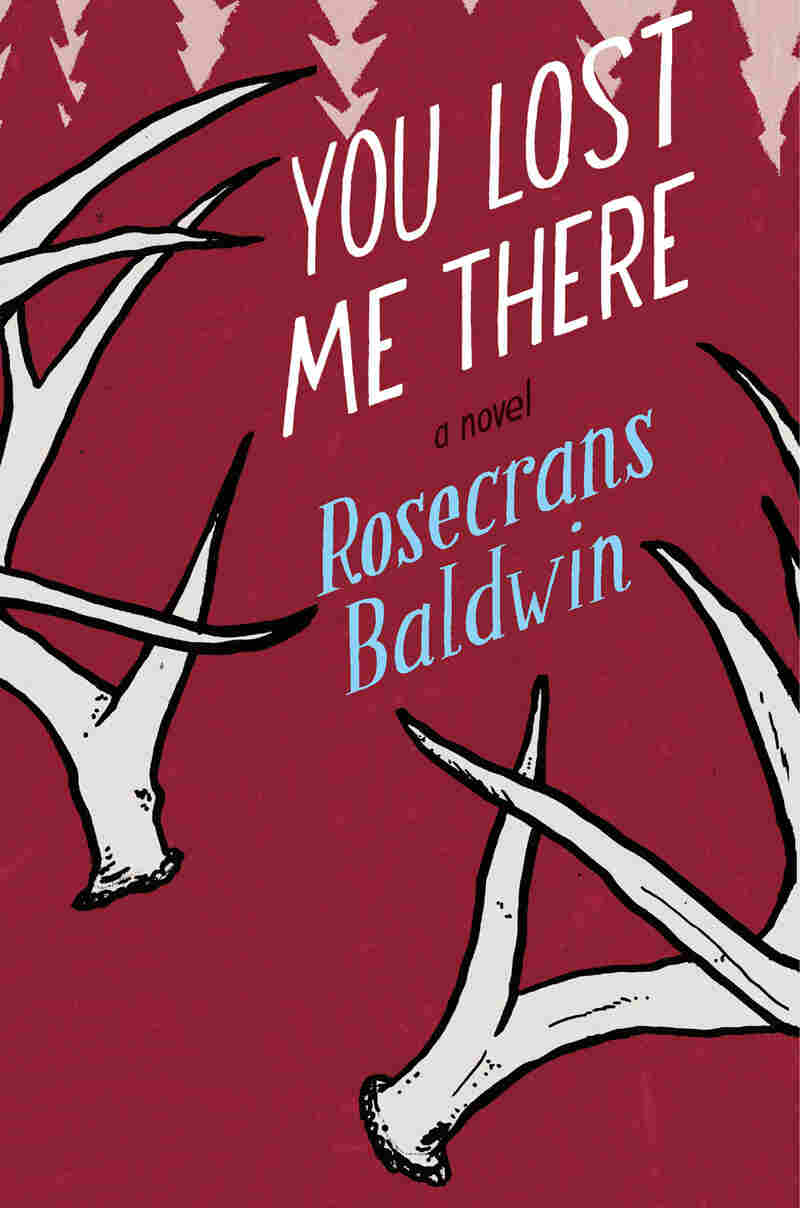 You Lost Me There
By Rosecrans Baldwin
Hardcover, 304 pages
Riverhead Hardcover
List price: $25.95

Memory is the one mercy that grief offers us. Anyone who has lost a loved one can describe the sudden rush of memories that instantly start playing back in rapid-fire succession, just seconds after the realization that there is a person — was a person — who is never coming back. It's both succor and torture, and it seems to last forever.

Memory is unreliable, of course, and can be treacherous, but it's still what saves us when we're mourning. That's why we read and reread letters and e-mails, even the ones that once seemed insignificant, when we realize that's all there will ever be.

"I mean, these are lifelines," says a character in Rosecrans Baldwin's stunning debut novel of grief and memory, You Lost Me There. "Imagine if words meant that much to you or me, to be a saving grace. I mean, because what's left afterward, except what we've written down?"

Words prove to be a saving grace, though not necessarily how you'd expect, to scientist Victor Aaron, the main character of You Lost Me There. Victor is a leading Alzheimer's disease researcher at a prestigious institute in coastal Maine; his wife, Sara, a screenwriter, was killed in a car crash a few years ago. Victor has never fully processed his wife's death but still manages to function, if just barely. He works long hours at the laboratory; tries to maintain an increasingly sexless sexual affair with a frustrated colleague; and plays host to his friend's daughter, a self-righteous but sweet college graduate working at a nearby restaurant. His only real friend in town is his late wife's aunt, Betsy, but he's reluctant to talk to anyone about the index cards he has found in his home — Sara's bitter, sometimes angry account of turning points in their relationship. Victor is forced to realize his memories of their marriage may be inaccurate, right as he is finally coming to terms with Sara's death. 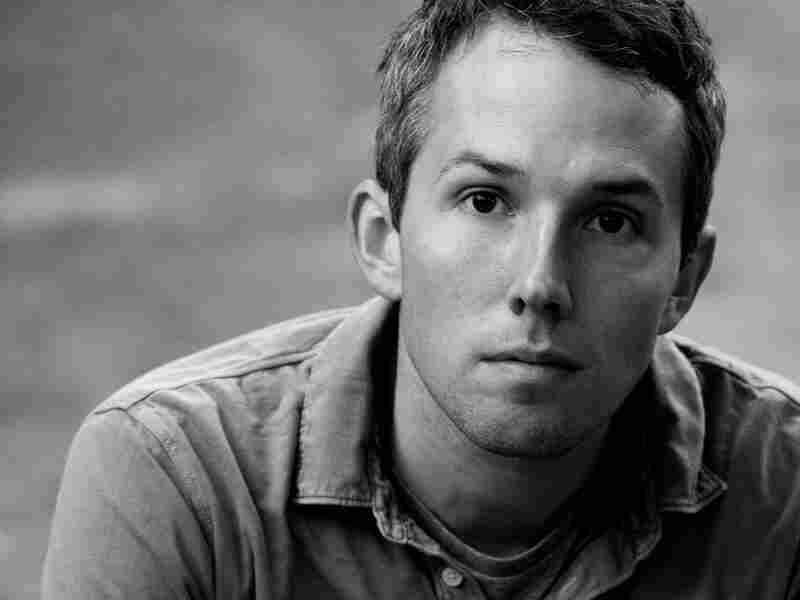 Rosecrans Baldwin is the co-founder of the online magazine The Morning News. You Lost Me There is his first novel. Susie Post Rust hide caption 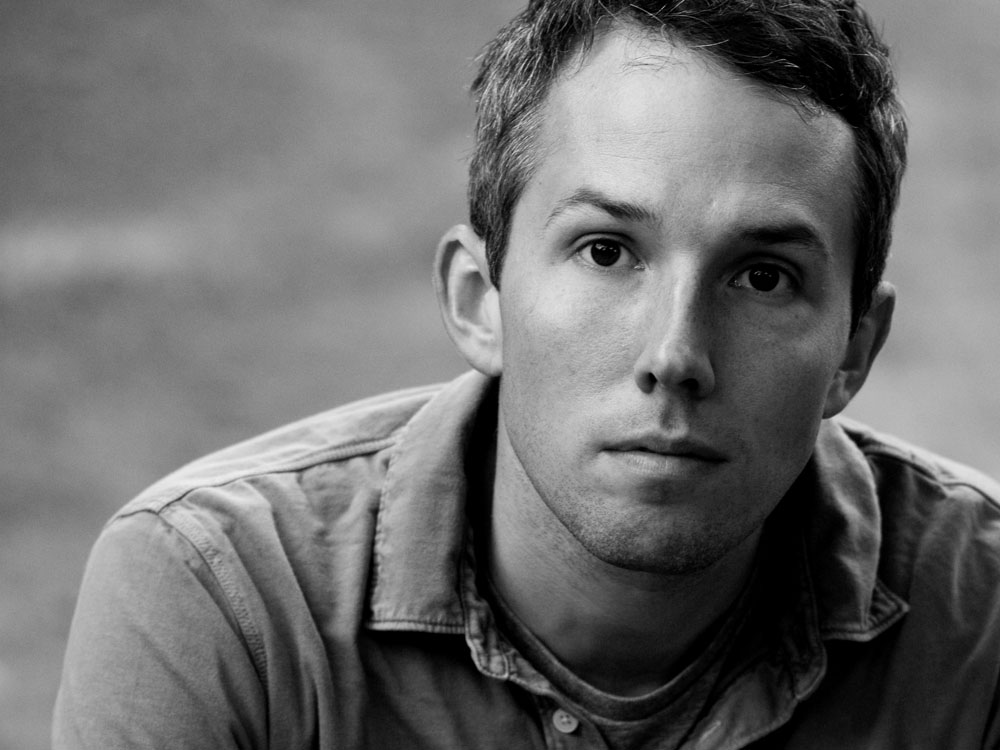 Rosecrans Baldwin is the co-founder of the online magazine The Morning News. You Lost Me There is his first novel.

Grief has a way of taking people places they'd rather not go, and Victor is no exception — his unpredictability ends up both helping and hurting him, in surprising ways. But the most surprising thing about You Lost Me There is Baldwin's self-assured, subtle and unfailingly moving prose — this book does not read like the work of a young, first-time novelist. The 33-year-old writer — a magazine editor and former EMT and rock-climbing teacher — is uncannily perceptive when it comes to the complicated and fraught issues of marriage, death and sexual desire, and his dialogue is naturalistic and unforced. Perhaps most impressive, though, is the author's artistic and emotional maturity — You Lost Me There is, finally, a wise book, the kind that eludes many authors twice Baldwin's age. Words, of course, really can be lifelines, especially in the aftermath of loss. It's not always easy to find beauty in pain, but that's what Baldwin has done, and the result is affecting, profound and true.

Excerpt: 'You Lost Me There'

You Lost Me There
By Rosecrans Baldwin
Hardcover, 304 pages
Riverhead Hardcover
List price: $25.95

“The point is,” Lucy said, pacing beside my whiteboard while she dug her fingertips into her arms, “what are we looking at? Too many holes. Gaps and flaws. If you make a mistake, just let somebody know. Copy me on the e-mail. Put up a red flag. We’re gathering an enormous data dump here, of course slips occur. But if Dr. Aaron and I aren’t warned to catch them, we’ll have big trouble downstream.”

Recently we’d experienced quality-control problems. Crammed around my office, sitting on folding chairs or perched on the radiator, our team of fourteen was more than half composed of recent additions, many to leave in the next year or two for other labs, med school, further training. Listening to Lucy, I tried to concentrate on the milestones rather than the headaches. I knew too many re searchers who’d been undone by the pressure to publish, raise more money, swim faster. And what was lost was the satisfaction of knowing truth: the thrill of discovering an answer to the question each experiment posed.

Half an hour later, I thanked everyone, proposed a revised schedule for incorporating new data, and called it a day. Five minutes later, Lucy was back in my doorway. She said calmly, “Tell me, why do we have to go through this every time?”

“We hire too many gunners, is what it is, not enough plain-Jane control freaks. But why?”

“Do this,” said Lucy. Her features and shoulders sagged. “All of this.”

Lucy stretched her forearms on the doorframe. “You should see yourself. You look like three bucks.”

“I’ll take it that’s not a compliment.”

“What I would give, Victor,” she said, turning away, “for the NIH people simply to magically appear and say, Yes yes, take the money, have fun.”

Ten minutes later, I was stuck in a line of cars. I nearly slammed on the horn several times out of frustration. A few years earlier, they’d built a Walmart in Ellsworth, and now it caused traffic jams for miles along the one-road concourse off the island. I stared at the wipers, wondering if Regina was burlesquing somewhere miles behind me.

Years in the past, someone thought my wife was a knockout, one night long ago in a restaurant. A night I didn’t remember.

Since Wednesday I’d kept some of Sara’s index cards in my shirt pocket, her notes about how we met, how I’d neglected her apparently just when Broadway called. I’d stayed up nights rereading them. One night I tossed them in the kitchen trash with the tangerine peels and coffee grounds, only to run down to retrieve them the next morning. Having them on me meant I could avoid going back to Sara’s office to read the rest.

And she was right: in some cases, I didn’t agree with how Sara remembered things. I remembered celebrating her success in our little living room by the fireplace with champagne. I remembered lovemaking, late-night conversations, snuggling in bed. Our unspoken signals: the hand-squeezes to silently say I love you. Me playing the bleary-eyed bulwark when Sara was overcome with anxiety and couldn’t sleep. I remembered her nerves, and how I took care of her. How I went to the drugstore at two a.m. because she’d broken out in hives, worrying about that play. And if I had been neglectful, balanced against Sara’s enormous need for attention, for regular, escalating affirmations, then surely there was a good reason we both were forgetting: a grant, a paper, something at the lab.

But about that dinner she described, I drew a blank. Which didn’t necessarily mean much. We probably had dinner with Russell a hundred times in New York. But for this one night to have mattered so much to Sara that she chose it as a point when our marriage turned a corner, and yet to figure so lightly in my own recollections?

There was a moment in New York that she hadn’t mentioned, a night we had a terrible row. I was home late from work and Sara confronted me in the front hallway with a simple question: “Why do you ignore me?” She’d been crying. It was midnight, she was wearing an old Chicago sweatshirt of mine with rips in the underarms. It had been a terrible, arresting shock. She walked away and I stood in the hall fiddling with some mail in the key basket, wondering a storm of thoughts. It took me a few weeks to recover and then grasp how I needed to change, which seemed pathetic now in retrospect, but I’d dedicated myself afterward to a plan of evolution: engaging, listening, spending more time at home; being better about leaving work behind when I locked up at school; worrying fewer nights away in the lab or on the phone from home, and stopping weekend work altogether; being a better husband.

But it must have been around the time that Sara started writing Woman Hits Forty. Because just when I changed to be more of a home-body, it seemed as though she didn’t want a husband at all. I thought I’d simply read her wrong. How else to explain the short temper, her lack of interest in sex or conversation? And then the play took off, Sara rocketed up to Broadway, and soon it was she who wasn’t coming home after work, leaving messages saying I should order take-out.

A change of direction for me, not for her. 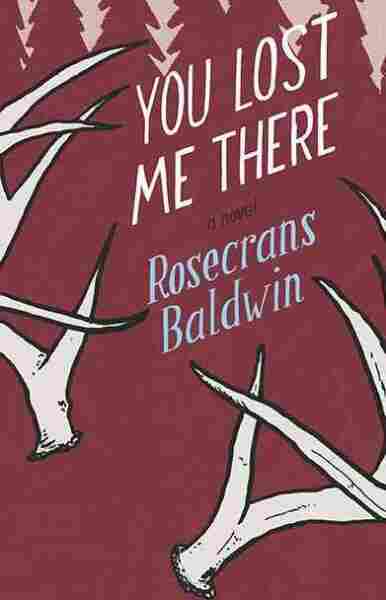 Title
You Lost Me There
Author
Rosecrans Baldwin