Accessibility links
Irma Thomas: The Soul Queen Of New Orleans The single mother was working as a waitress at a nightclub, but she couldn't resist getting onstage to sing with the band. 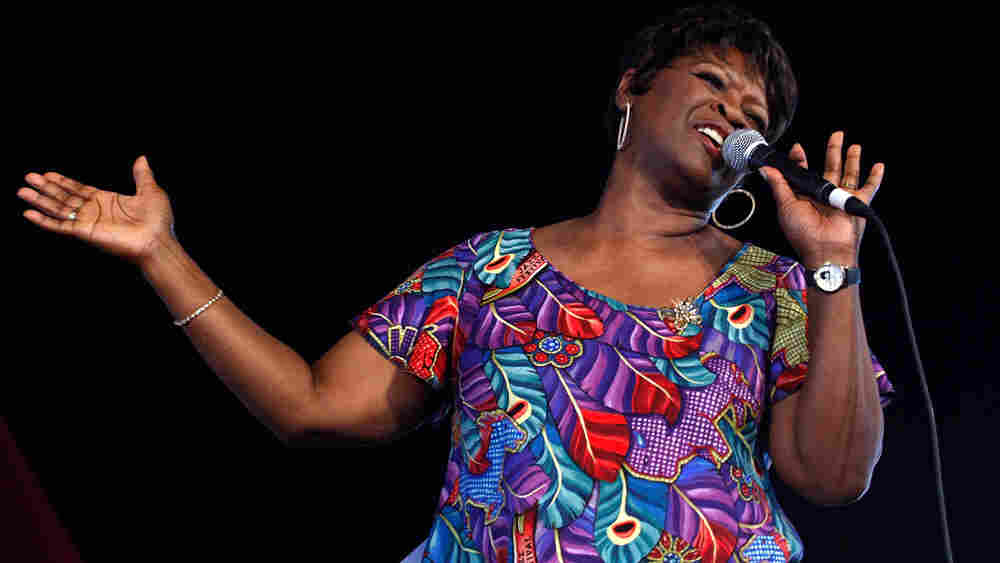 Don't Mess with My Man

For a voice that makes you sit up straight, look to Irma Thomas to deliver. The New Orleans native is 69, and she's been singing pretty much her whole life.

Thomas' voice is a true New Orleans treasure. The soul queen isn't just from the city — she's of the city, and her voice reflects that.

"It's just something about the way we, as performers from this city, the way we do things," Thomas says. "We hear extra sounds in our heads — extra beats, extra backbeats, extra rhythms that people from other parts of the United States just don't understand or get."

"The phrasing — it just sounds so much like New Orleans in particular," says Allen Toussaint, who has been recording with Thomas since the beginning of her career. "And as a female vocalist, Irma is the epitome of that."

"She is the soul queen of New Orleans," pianist David Torkanowsky says. "She is sort of ingrained in the genetics of this place."

Forcing Her Way On Stage

Thomas' story is filled with sharp twists and turns. She got pregnant after eighth grade, was married at 14, and became a mother of three by the time she was 17. The single mother was working as a waitress at a nightclub, but she couldn't resist getting onstage to sing with the band.

"Of course, I had a white boss again who had a segregated mentality," she says. "He said he didn't hire me to sing; he hired me to wait tables — even though the audience was asking for the singing waitress, that didn't mean a thing to him, so he fired me."

'Time Is On My Side'

Irma Thomas and The Rolling Stones both recorded "Time Is On My Side" in 1964 -- but Thomas recorded first, and some people say the Stones version owes a debt to hers. Compare them here.

Time Is on My Side

The Rolling Stones' "Time Is On My Side" at Grooveshark.

But the bandleader at the club took notice of Thomas' abilities and told her, "Irma, you sing well enough to make records." He got her an audition at a recording studio, where she learned a new song, "(You Can Have My Husband But Please) Don't Mess With My Man," on a Monday.

"And I recorded it that Wednesday, and two weeks later I had a record out, and the rest is history," Thomas says. "It happened just like that."

That happened in 1959, when Thomas was 18. Even at that young age, Thomas says, she knew what she was singing about.

"I laugh, because it sounds strange [to hear the recording now]," she says. "Funny, in a sense, because I sound so young. And I can relate to how far I've come since that time and how much I've learned musically in how to put a song across, more now than then — even though I knew what I was talking about then. Because I've matured, and there's a lot more gone. As they say, there's a lot of water gone under the bridge since that time. And so you can sing it with a whole different perspective."

Thomas says she brings her own stories into the songs she sings.

"I choose songs with the intention of having something that I can understand and be able to interpret from life experiences to sell the song," she says. "And in order to make it believable, you have to know what the song is about. I mean, I've sung songs where I've heard the lyrics, and if the lyrics were kind of vague, I would actually ask the writer, 'What were you thinking about when you wrote the song?' so I can understand what I'm singing about.

"I've sung songs in the studio and literally cried while doing them," she says. "Something would come up — a memory or something that I can relate to where that song fit that situation — and, rather than stop and go in the corner and cry, I just go down and sing the song with the tears meeting under my chin. I've done that many times."

In the early '60s, she'd come by Allen Toussaint's parents' shotgun house in New Orleans. He'd sit at the piano and compose for her right there on the spot.

"Her love for singing translates when she's singing," he says. "She brings everything to the moment." 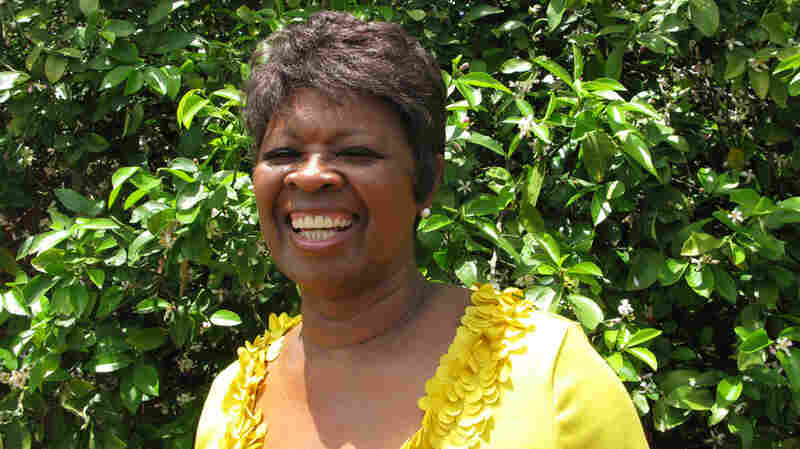 "I remember when I was writing 'It's Raining,' she was sitting right there, and it began raining outside," he says. "I just wrote that song then and handed it over to her and sung a little bit of it, just to show her the melody, and it fit like a gown. Like an evening gown made and tailored for her."

"It's heart-wrenching when she sings," Torkanowsky says. "It's dripping with soul. It really is."

Torkanowsky says that when he plays with Thomas, it feels like an intimate conversation.

"That's why people love her — because there's no pretense to her delivery or the sound of her voice or how she renders a lyric," he says. "And she won't sing anything that she doesn't believe in."

You can hear Thomas' conviction and honesty in every song she sings. But her intensity also comes from what she doesn't do. She doesn't get fancy, because she doesn't need to.

"I don't think my fan base [cares] about how many notes I can hit. They want me to sing the doggone song," she says. "If the song doesn't dictate adding all this other stuff to it, then why do it? Sure, I may be able to hit 15 notes in one bar, but is it gonna help the song? No."