Accessibility links
Treme Brass Band: Living And Breathing New Orleans The musicians lost friends and family, their homes and instruments to Hurricane Katrina. Some lived for a time in Red Cross shelters or toxic FEMA trailers, or with relatives scattered across the country. But many managed to work their way back. 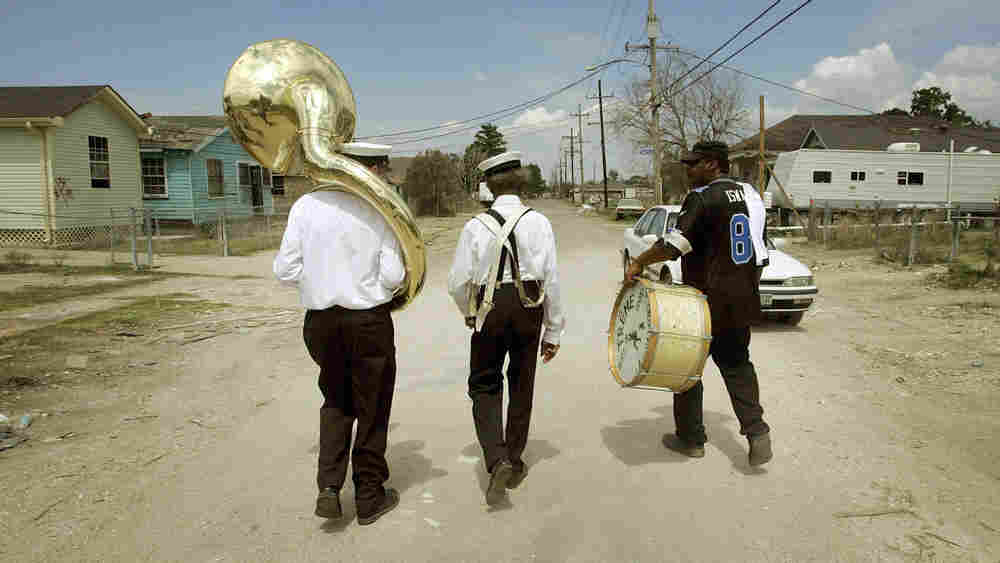 Members of the Treme Brass Band walk through the 9th Ward after attending a Memorial Day service honoring the victims of Hurricane Katrina in 2006. Mario Tama/Getty Images hide caption 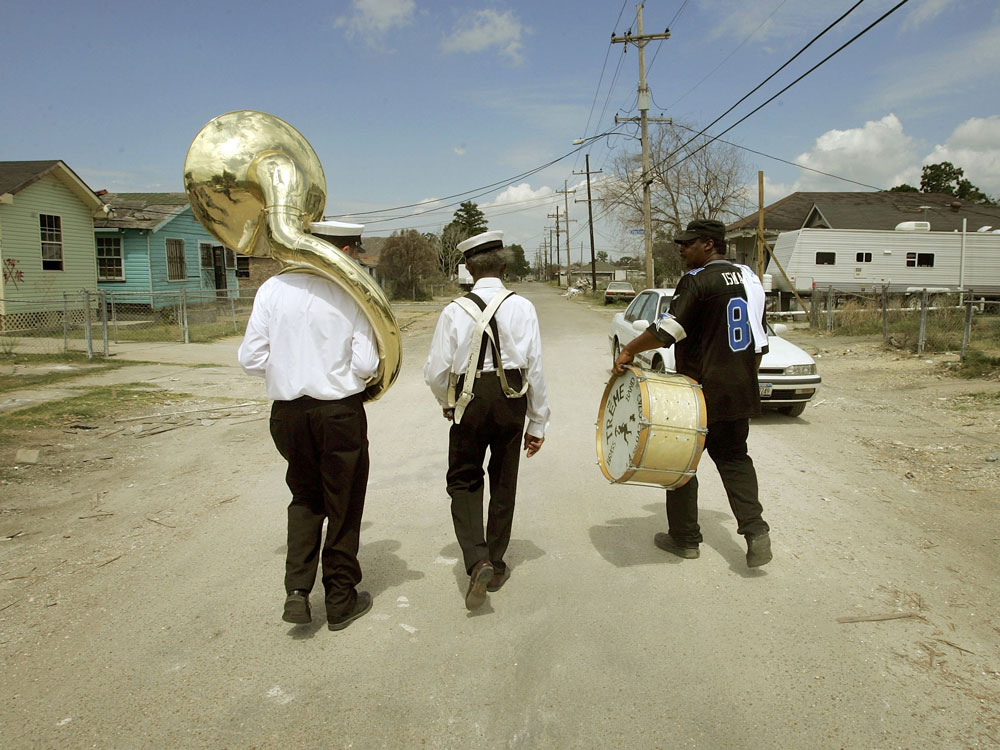 Members of the Treme Brass Band walk through the 9th Ward after attending a Memorial Day service honoring the victims of Hurricane Katrina in 2006.

Late Wednesday nights, you can find the band jamming at a down-home joint in New Orleans called the Candlelight Lounge. It's packed with new TV fans and loyal locals. "They fabulous, they wonderful," says Buster Andrews, 37. "Old Treme neighborhood band been around here all my life."

A funky mix of both seasoned and younger musicians rotate in and out of the band, led by 67-year-old snare drummer Benny Jones, Sr. His band has helped to keep alive a New Orleans brass band tradition that began at the turn of the last century. "Still need somebody to do the traditional music so we can pass that to the younger generation," says Jones. "Somebody got to hold that spot down."

That includes leading dancers through the streets to mourn and celebrate. The band stays rooted in the customs of an earlier era, such as a dress code. "Sound good, look good," says Jones. "My band always had the black pants, white shirts, ties, coats. That's a New Orleans tradition. What the older bands did years ago."

The Treme Brass Band has been a training ground for other musicians. Sam Williams, who now has his own funk band, says, "If you haven't played with the Treme, [you] don't know what's up." 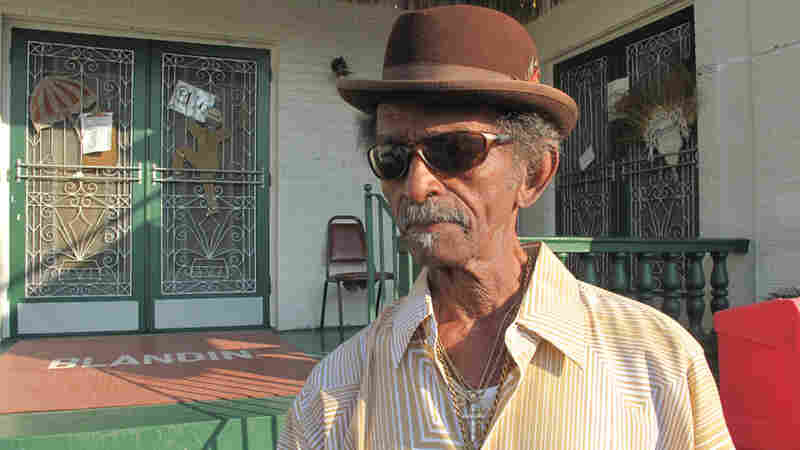 "Uncle's the man, know what I'm saying?" says Williams. "Just a real cool daddy. He gets all the women." Batiste enjoys the attention. "I keeps myself up," he says. The debonair 78-year-old gets attention whether he's flirting on the dance floor, grand-marshaling a Mardi Gras parade or just strutting down the streets of the French Quarter. His iconic image now looms over Times Square on a banner for Spike Lee's latest New Orleans documentary.

"It makes me feel real proud I'm getting my recognition," he says from the Backstreet Cultural Museum in Treme. "I always try to put a smile on someone's face."

Batiste grew up dancing on Bourbon Street and playing in kazoo bands. But he's most famous for keeping time with his ragtag, upright bass drum with a cymbal on top. Earlier this year, he lost that drum during a parade.

"The fellow 'sposed to be watching it, he was half drunk," he recalls. Immediately, the word went out over radio station WWOZ.

"When the drum was stolen, we took it very seriously," says DJ George Ingmire. "There were a lot of people very upset about it. When you think of New Orleans, one of the things you think of is the bass drum as a symbol. Forget the steaming bowl of gumbo or the beignets, the cliches. It's Lionel's drum that makes it. Hitting it with a wire coat hanger, that's New Orleans to me." Uncle Lionel's drum turned up within a day.

He likes to tell the story of his drum during Hurricane Katrina. When the levees broke and flooded the streets, he was still at his house in the Treme. "I was watching the water rise and drinking my liquor," he says. "I didn't want to leave, but I'm glad I did. Yeah I'm glad I did."

True to form, Uncle Lionel evacuated in style. "I used my bass drum and turned it flat. Just paddled my feet," he laughs, remembering how he used his drum as a life raft. "And, of course, I had my liquor on top there."

The drum saved him as he paddled to safety. "It's still in good condition,"' he says, smiling. "It's still taking that beating."

The musicians in the Treme Brass Band lost friends and family, their homes and instruments to the storm. Some lived for a time in Red Cross shelters and toxic FEMA trailers, or with relatives scattered across the country. But many managed to work their way back. And when Spike Lee made his documentary When the Levees Broke, he featured the band leading a jazz funeral for Hurricane Katrina.

Clarinet player Michael White says they paraded and danced through the devastated Lower 9th ward. "You could feel when we were going through the streets undiscovered bodies and remains in some of the houses and the spirit was very strong that day," says White, a professor at Xavier University. "I remember the silence of the loss of people was very powerful and very haunting. "

Five years after Katrina, most of the Treme Brass Band members are back in New Orleans. But Benny Jones isn't finished rebuilding his flooded house. And he says, despite their newfound TV fame, the jazz musicians are still struggling.

"We making money just to survive, pay our bills, keep food on the table for our children, our grandkids," he says. "We surviving pretty good. Ain't like we rich. I'm thinking about trying to go to the Oprah Winfrey Show, take the band there, perform there, tell them we need money."