Accessibility links
Freddie Mercury: Rock 'N' Roll's Humble Showman The Queen frontman chose a stage name in perfect harmony with his voice. He could move from an earthy baritone to a wild but heavenly tenor, and he connected with huge stadium audiences. The world lost the vibrant musician in 1991 when, at 45, he died of complications from AIDS. 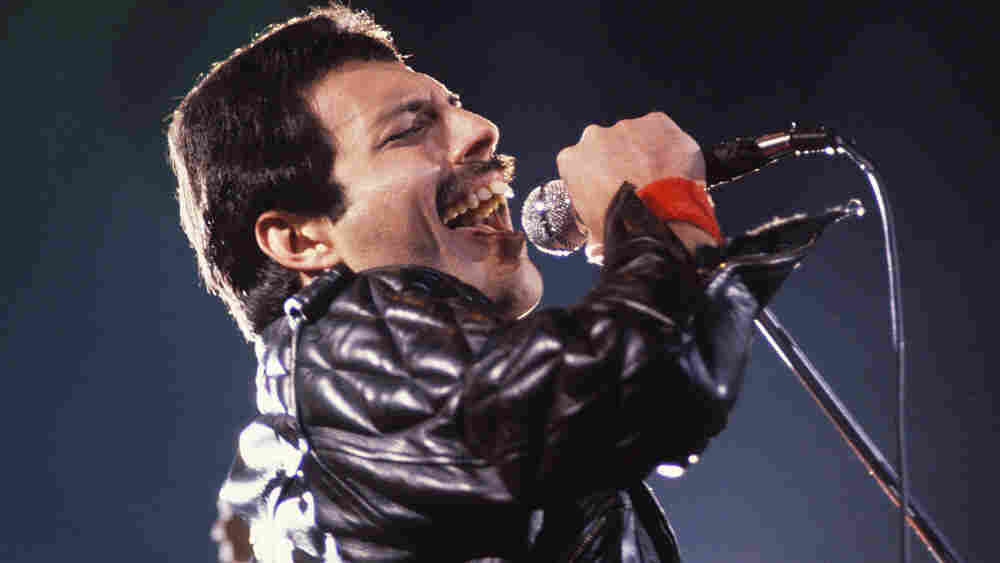 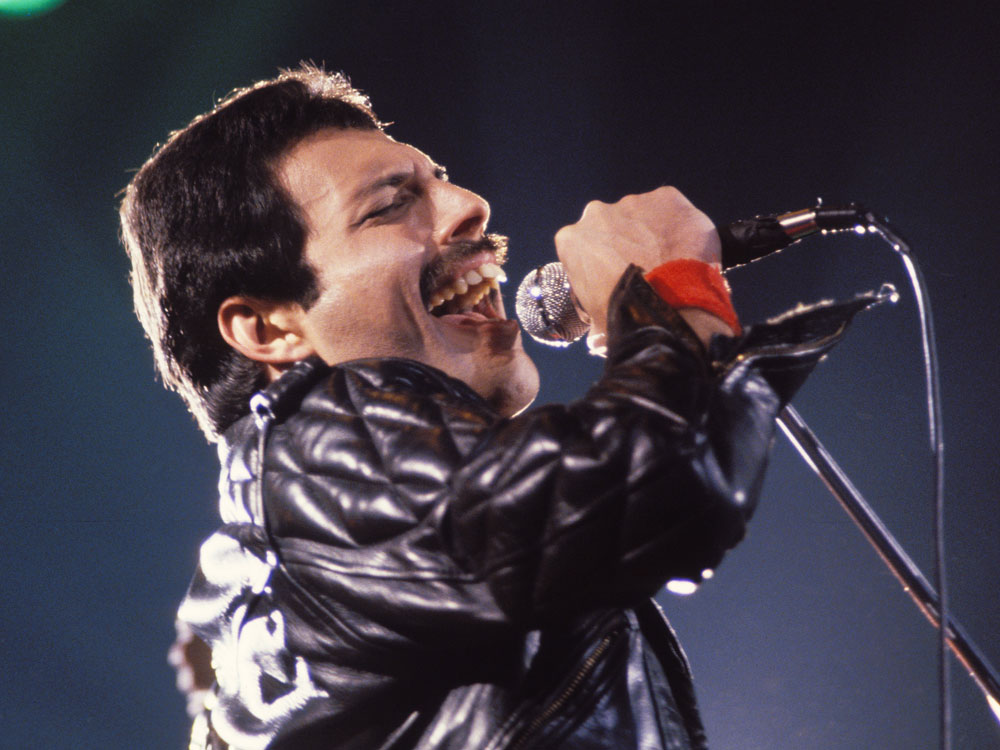 Freddie Mercury chose a stage name in perfect harmony with his voice.

The mercurial rock star and lead singer of Queen was born Farrokh Bulsara on the East African island of Zanzibar on Sept. 5, 1946. The Bulsaras were Parsi — a group with ties to ancient Persia. Both his parents were from India.

The film Freddie Mercury: The Untold Story portrays him as an artist who mastered his craft in the West, but came of age in the East. To hear it in Mercury's music, director Rudi Dolezal points to the song "Mustapha," from Queen's album Jazz.

"If you listen to a song like 'Mustapha,' you think this is very strange," says Dolezal. "What kind of cultural influences, where does it come from?"

"If you know that Freddie was born in Zanzibar, then went to India, then came to London, which was like a culture shock, then you can see that it was multiculturalism that was combined in Freddie Mercury and the way he used his voice," Dolezal says.

Mercury's voice was untrained and unpredictable, sometimes soaring from an earthy baritone to a wild but heavenly tenor.

"It's supersexy," says American Idol star Adam Lambert. He spent hours upon hours listening to Queen, trying to figure out how Mercury did it. And when he auditioned for Idol, he sang Queen's "Bohemian Rhapsody."

"Freddie's voice has so much texture to it," Lambert says. "He kind of grabs at everything, he squeezes it."

Mercury's connection with his audiences, huge stadiums full of people, was intensely personal.

Jacky Smith, Queen's fan club manager, first met the singer in 1982 after responding to a want ad for the job. Smith always had a backstage pass to Queen's stadium shows, but she says she preferred to watch Mercury from the stands.

"The atmosphere was incredible out front," Smith remembers. "There were — I don't know — 120,000 people at the last show, which was Knebworth, and it was like you were still part of an intimate crowd because Freddie reached every single one of those people, even those right at the back."

Smith says one of Mercury's hallmarks were "Freddie's Day-ohs." He would call out to the audience, and they would respond. Mercury could go from directing huge crowds to singing a ballad at a baby grand, to high-stepping like a rock star and wielding a microphone that looked like it was just ripped from its base.

"He was completely over the top in the best possible way," says Lambert. "Music, most of the time, is about sexuality, whether you are straight, gay or in between. It's about love and sex. That's rock 'n' roll."

Lambert, as an openly gay performer, says he owes a debt to Mercury's flamboyance decades ago.

"There's definitely something missing in today's music scene," he says. "We don't have a lot of men on stage doing flamboyant or theatrical. We have a lot of female pop stars doing it, but where are the guys? Where's the classic pop-rock showman?"

As skilled as he was at performing, Dolezal says that Mercury was humble and always put his voice before his image. He cites one story as an example.

"We all know that Freddie Mercury had very strange teeth," Dolezal says, "and we would all ask ourselves, 'A guy who was that rich, why didn't he change his teeth?' He was very afraid that if he changed his teeth that his particular sound of [his voice] would go away. So he was more concerned with his voice than his looks, and I think that says a lot about the man."

In 1991, the humble showman with a quicksilver voice died of complications from AIDS.

"The spirit of Freddie Mercury is alive and well," says Lambert. "He made it rock."