Accessibility links
Feds Sue Arizona Sheriff In Civil Rights Probe The Justice Department says Maricopa County Sheriff Joe Arpaio is standing in the way of its investigation by refusing to turn over arrest records and other materials that could show whether he violated the rights of Hispanics pulled over in traffic sweeps. 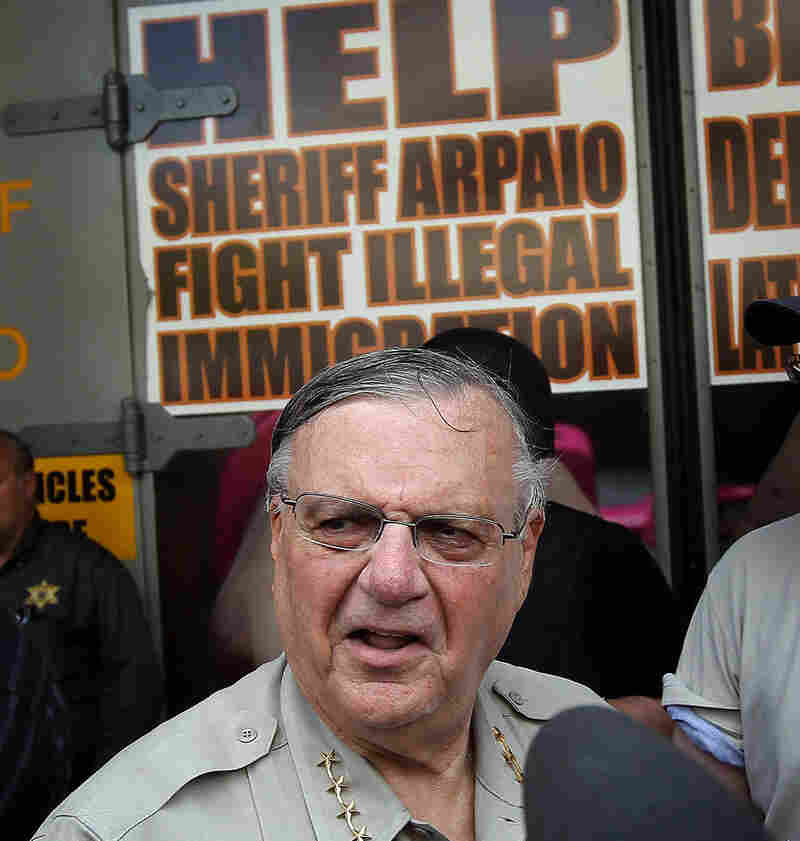 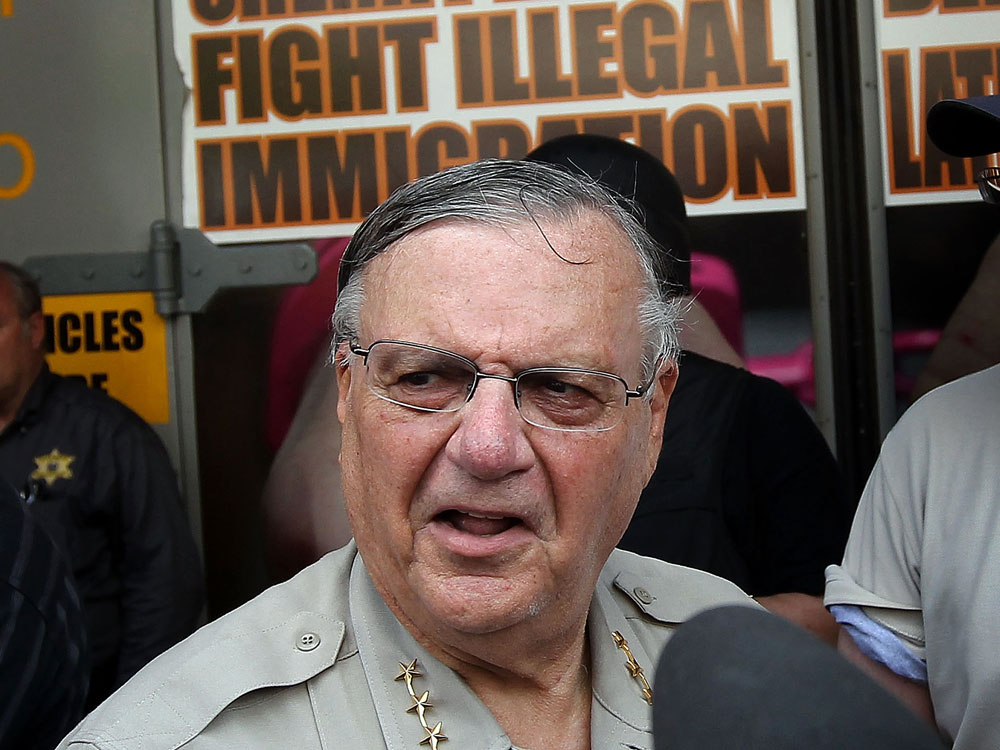 The lawsuit says the Maricopa County lawman's office acted in an "unprecedented" way by refusing to hand over documents that could show whether Arpaio's tough-on-crime traffic sweeps violated the civil rights of Hispanics who were pulled over and whether he mistreated prisoners in his custody.

Federal authorities say they can't move forward with their investigation until they get arrest records and other information.

The government has been trying since March 2009 to get officials to comply with its probe of alleged discrimination, unconstitutional searches and seizures, and having English-only policies in his jails that discriminate against people with limited English skills. Arpaio had been given until Aug. 17 to hand over documents it first asked for 15 months ago.

Immigrants Might Leave Arizona But Not The Country Aug. 26, 2010

The lawsuit marks the latest clash between the Obama administration and the state of Arizona. The Justice Department sued to block a new anti-immigrant law in the state this summer, and the civil rights unit also sued the Maricopa community college system for allegedly discriminating against people who aren't U.S. citizens.

"The actions of the sheriff's office are unprecedented," said Thomas Perez, assistant attorney general for the department's civil rights division. "It is unfortunate that the department was forced to resort to litigation to gain access to public documents and facilities."

The lawsuit was filed in U.S. District Court in Phoenix and names Arpaio, the Maricopa County Sheriff's Office and the county.

Arizona's new law — most of which a federal judge has put on hold — mirrors many of the policies Arpaio has put into place in the greater Phoenix area, where he set up a hot line for the public to report immigration violations, conducts crime and immigration sweeps in heavily Latino neighborhoods, and frequently raids workplaces for people in the U.S. illegally.

Arpaio believes the inquiry is focused on his immigration sweeps, patrols where deputies flood an area of a city — in some cases heavily Latino areas — to seek out traffic violators and arrest other offenders.

Critics say his deputies pull people over for minor traffic infractions because of the color of their skin so they can ask them for their proof of citizenship.

Arpaio denies allegations of racial profiling, saying people are stopped if deputies have probable cause to believe they've committed crimes and that it's only afterward that deputies find many of them are illegal immigrants.

The sheriff's office has said half of the 1,032 people arrested in the sweeps have been illegal immigrants.

Last year, the federal government stripped Arpaio of his special power to enforce federal immigration law. The sheriff continued his sweeps through the enforcement of state immigration laws.

Last year, the nearly $113 million that the county received from the federal government accounted for about 5 percent of the county's $2 billion budget. Arpaio's office said it receives $3 million to $4 million each year in federal funds.

In a separate investigation, a federal grand jury in Phoenix is examining allegations that Arpaio has abused his powers with actions such as intimidating county workers by showing up at their homes at nights and on weekends.

NPR's Carrie Johnson contributed to this report, which contains material from The Associated Press