Accessibility links
Longtime Partners Find Treasure Among Trash Angelo Bruno and Eddie Nieves spent 10 years together as sanitation workers in New York City. The two men developed a deep friendship as they cleared more than 14 tons of garbage from the city streets each day. 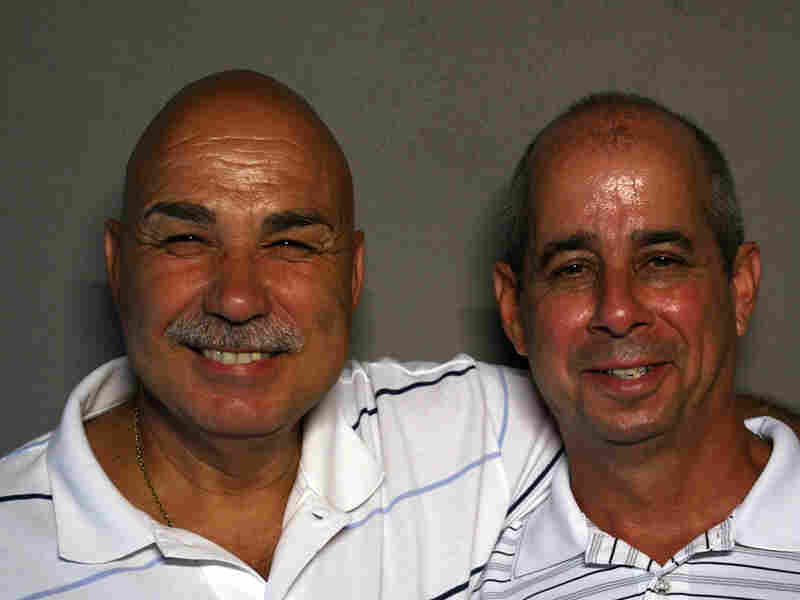 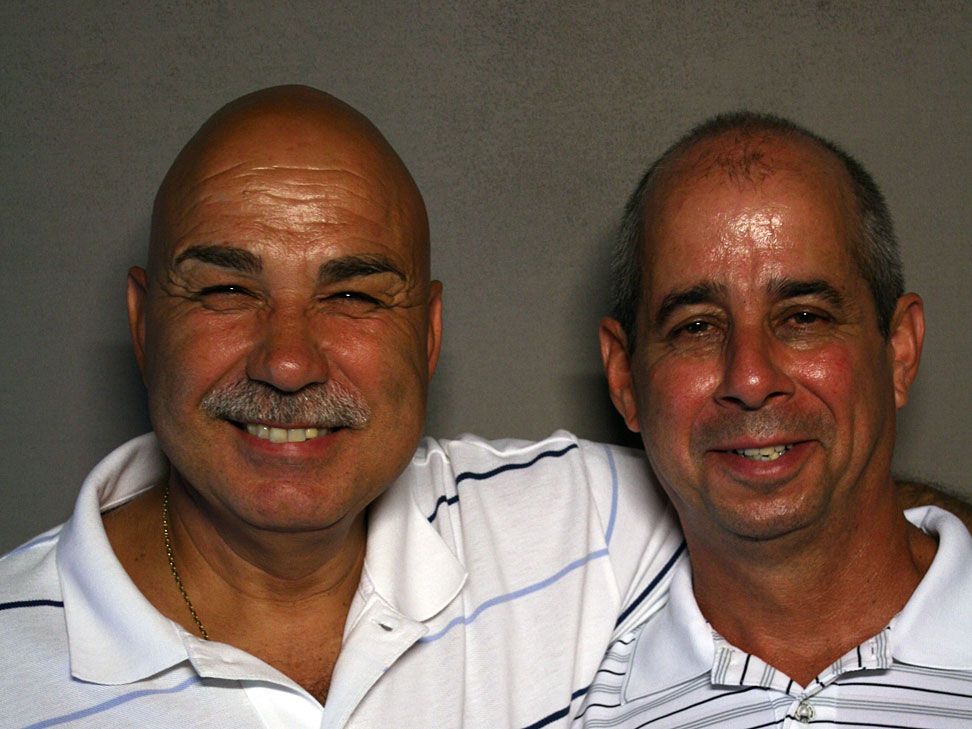 He and his partner, Eddie Nieves, cleared more than 14 tons of garbage from the city streets each day.

But the two men, who worked together for nearly 10 years, found many treasures among the trash.

"Everybody would just come out just to talk to you," Nieves, 55, said to Bruno when they visited a StoryCorps booth recently.

People along their route in Manhattan's West Village neighborhood would greet the two and offer them coffee or breakfast, Bruno said. And nuns on their route would kiss them.

"The younger guys would ask me, 'How did you get that?' It's just a little good morning, have a nice weekend. Hey, you look great today," Bruno said. "I could do 14 tons of garbage — I can't lift a baby carriage off a step and carry it down? Or hold someone's baby when they went to get their car?"

"When I first came on the job, there was one old timer ... I remember Gordy Flow his name was. One day, he stopped the truck. He tells me, 'Angelo, you look down this block first. See all the sidewalks are all crowded up with garbage?' So I think nothing of it. My father always told me to respect my elders. I get to the end of the block, and he stops me again. 'Get out of the truck, look back. Nice and clean right? People could walk on the sidewalk. Guys can make deliveries. Be proud of yourself,' " Bruno explained.

People along the route approached the two men when they found out that Bruno was retiring.

"We went maybe a block or two blocks, and six people came up to him saying, 'You're crazy. What am I going to do when you leave?' " Nieves said.

Bruno said he never thought his last day would be so emotional.

"He's crying. They're crying. I'm crying watching them cry. And I've been very lucky, because he's been the best partner I ever had," Nieves said. "We used to try and take the same vacation, and try to take the same day off. And I miss my partner."

Bruno misses his former partner, too: "I feel the same way, Eddie. I'll be honest with you — I miss it terribly. I'm like the little kid looking out the window now when I hear the truck. I think I could have done another 31 years."

Produced for Morning Edition by Michael Garofalo and Jasmyn Belcher.