Accessibility links
'Phantom Tollbooth' Creators Reunited By An 'Ogre' In the early 1960s, writer Norton Juster and illustrator Jules Feiffer created The Phantom Tollbooth, which quickly became a kid-lit classic. Now, 50 years later, the two have finally collaborated once more — this time, on a picture book called The Odious Ogre. They speak to NPR's Liane Hansen about their partnership and their new project. 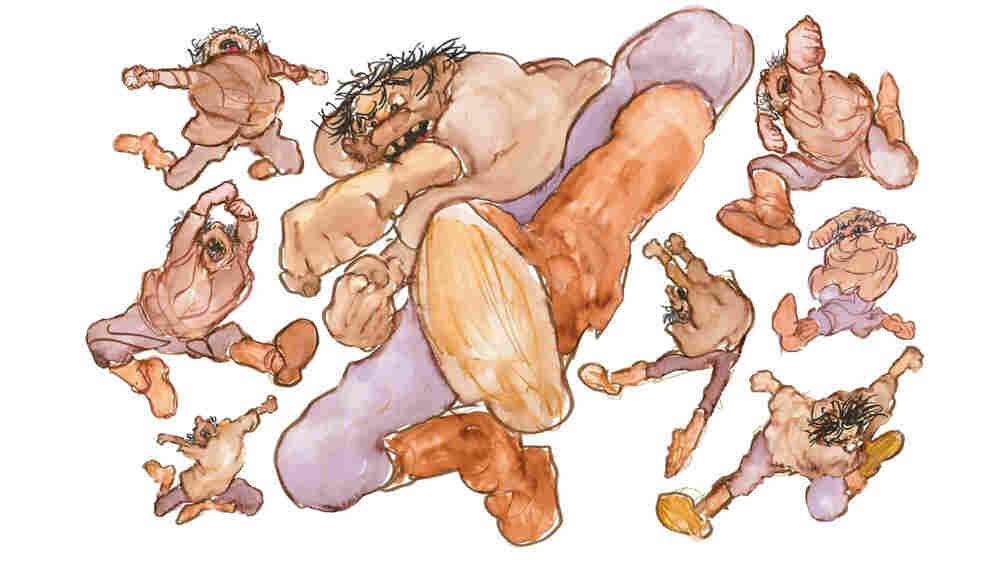 Phantom Tantrum: Jules Feiffer and Norton Juster — who collaborated 50 years ago on The Phantom Tollbooth -- have reunited to create The Odious Ogre. In one of their favorite scenes, the Odious Ogre himself throws an impassioned tantrum. hide caption 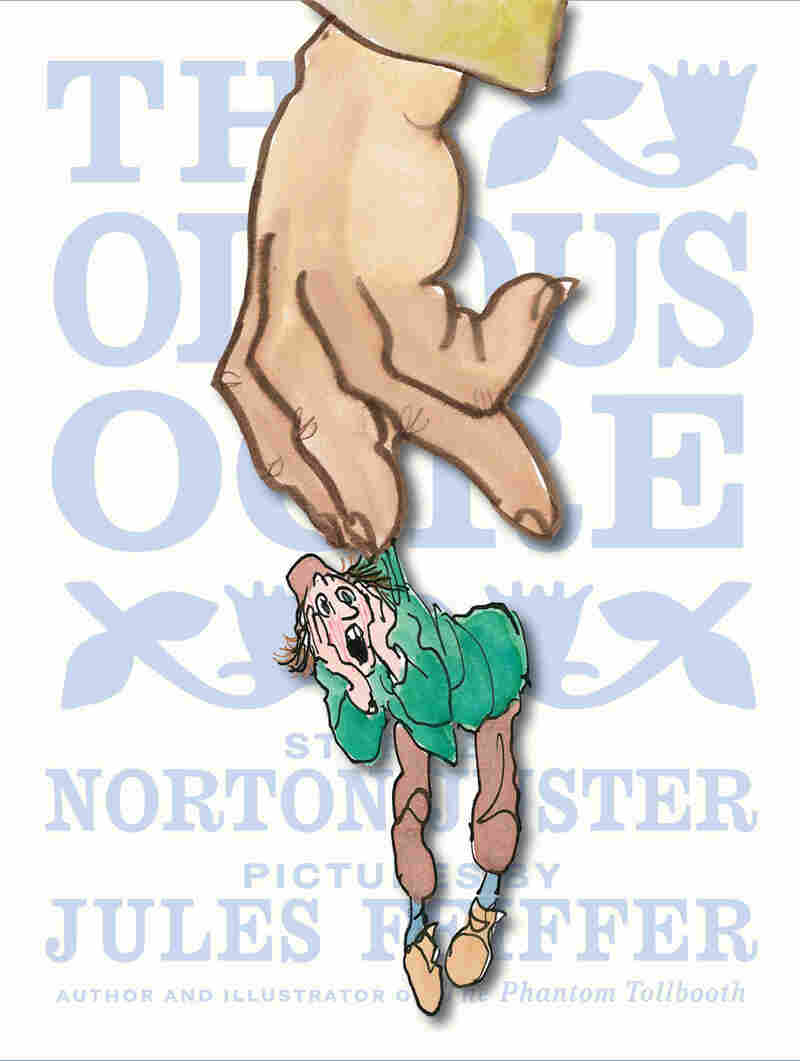 Fans of a boy named Milo, a watchdog called Tock and a pompous Humbug had reason to rejoice on Wednesday — the day that a picture book called The Odious Ogre was released. Written by Norton Juster and illustrated by Jules Feiffer, the book marks the first time that Juster and Feiffer have collaborated since creating The Phantom Tollbooth together in the early 1960s.

That initial alliance was, at least in part, a matter of circumstance. "We were sharing a duplex in the wrong end of Brooklyn Heights," Juster tells NPR's Liane Hansen. At the time, the writer had a $5,000 grant to write a book on urban design. Instead, he dreamed up The Phantom Tollbooth. Each time he wrote a chapter, he would run to Feiffer's half of the house and excitedly read it to him. Feiffer began to scribble drawings inspired by the story.

The rest is kid-lit history.

Juster, in turn, admires the way that Feiffer's pictures can express the Ogre's story in a way that words alone could not. He cites the scene in which the Ogre throws an extended tantrum (you can see it for yourself at the top of this page). "There's no way I could describe that," Juster says. "I could take 10 pages to describe it, and it wouldn't come up like Jules has it in that one double-page spread."

The tantrum scene struck a chord with Feiffer as well. He calls that moment one of his favorite parts of the book: "It was my breakout Singin' in the Rain number. The Ogre, at that point, is Gene Kelly in disguise, leaping and jumping and splashing in the rain, and doing everything violent and shocking — and at the same time, [he's] somewhat adorable."

Clearly, The Odious Ogre is a lot of fun. But does it also impart a lesson, like The Phantom Tollbooth does? (The moral there: Be attuned to the marvelous things happening all around you. And never trust a man who doesn't have a face.)

"Oh, I hope not," says Juster with a laugh. "The story means what it means to you. That's the way I look at all these stories. There's no one moral, unless you want to make one for yourself." 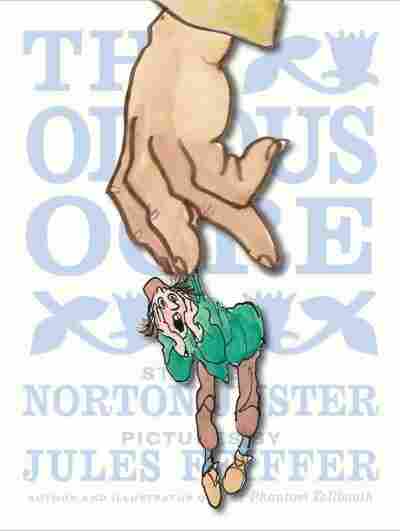