Accessibility links
What's To Be Learned From The Franzen Dustup: Coverage, Fiction, And Shoes We started down the path of a good discussion about book reviews leading up to the publication of Jonathan Franzen's Freedom. Unfortunately, it went badly off track.

What's To Be Learned From The Franzen Dustup: Coverage, Fiction, And Shoes

What's To Be Learned From The Franzen Dustup: Coverage, Fiction, And Shoes 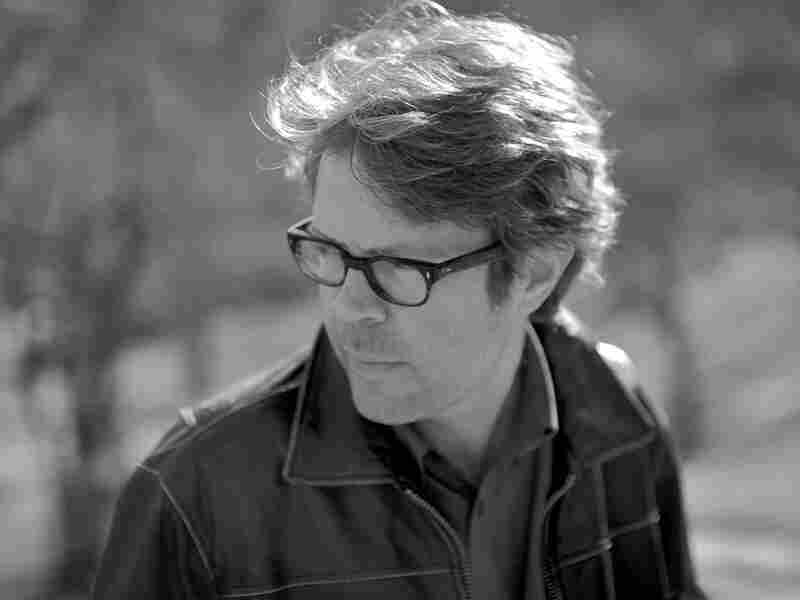 Jonathan Franzen's Freedom led to a discussion about reviewing policies that should have been more enlightening than it ultimately was. Greg Martin hide caption 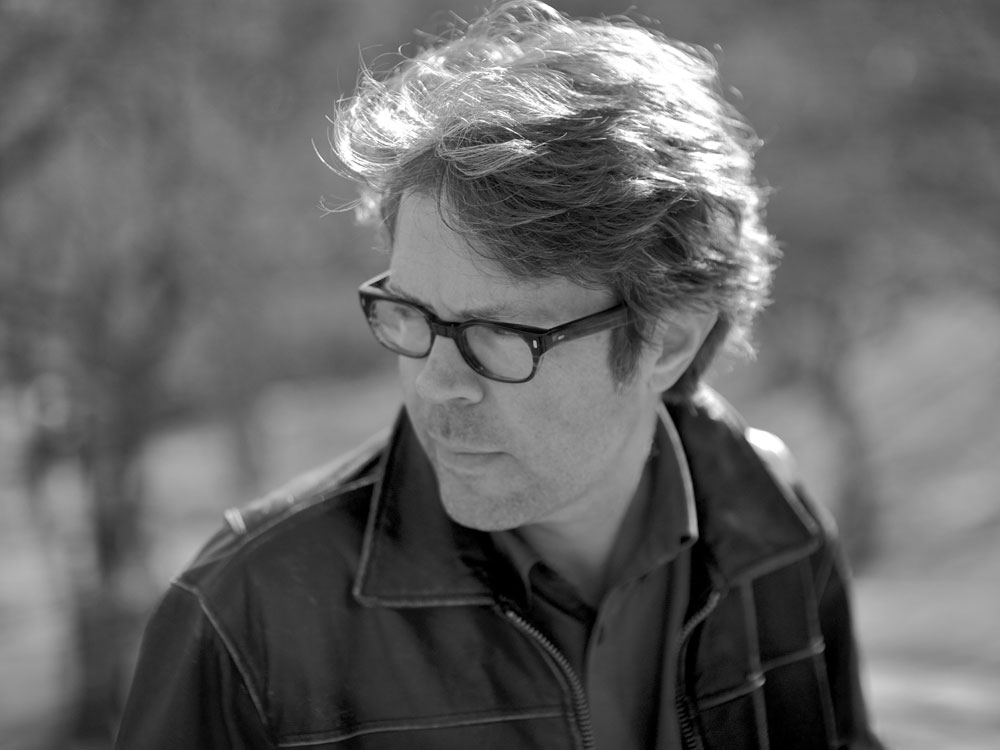 Jonathan Franzen's Freedom led to a discussion about reviewing policies that should have been more enlightening than it ultimately was.

I'm about halfway through Freedom, the widely praised new novel by Jonathan Franzen. As you probably know, a couple of tweets from women who write fiction (namely Jodi Picoult and Jennifer Weiner) used the New York Times' heavy coverage of Freedom as a jumping-off point to express some long-held frustrations about what the Times covers and what it doesn't. (The story is summarized here.)

As the matter of the advance reviews fades and the book itself becomes the topic, it's important to note that while there's no sign at this point that anything about the way The New York Times covers books has changed or will change, that doesn't mean it wasn't a worthwhile discussion, though perhaps not in the way that was intended. There do seem to be some lessons that can be taken away from the whole thing.

Most importantly, it demonstrated how challenging it is to talk about complicated things when the nature of back-and-forth in online discourse encourages constant diversions into things that are easier.

Consider what David L. Ulin at The Los Angeles Times wrote about Weiner and Picoult's complaints here. First, Ulin looks at the numbers that Slate reported, showing that of all the works of fiction The New York Times reviewed, only 38 percent were by women, and a slimmer 29 out of 101 books to receive two reviews (a Sunday review and a weekday review) were by women.

"That's a valid concern," says Ulin, and he later adds, "It's exactly the kind of thing issue we should be discussing." Nevertheless, he then declines entirely to discuss it, declaring that while the women who brought this disparity up were correct, that probably isn't really why they were upset. He says instead, "The furor over [Freedom's] success smacks of gossip, envy, a mean-spirited approach to literary life. It's personal, people reacting to writer they don't like."

At this point, Ulin switches over to a piece written for Newsweek -- which neither Weiner nor Picoult had anything to do with -- about not liking Franzen personally. It's curious that what begins with "These women made the following argument, and statistically, they have a point, and that point is important and should be talked about" becomes "but then there's this other thing this other person said, which is not important and should not be talked about, and let's talk about why we don't need to talk about that instead." There seems to be no reason to ignore the "valid" bias question and move on to "Should writers be envious and catty?" -- to move from an good question to a dumb question -- except that the dumb question, like all dumb questions, is easier.

It's very, very hard to get your arms around the idea of whether or not some sort of gender bias exists in the way the NYT reviews books. The statistic that only 38 percent of the reviewed books are by women doesn't mean much without looking at what percentage of all books are by women. But even if you knew that 60 percent of all books were by women, for instance, you'd then have to know what percentage of those are so-called "genre fiction" -- romances, thrillers, mysteries -- that aren't often reviewed by the NYT whether they're by women or by men.

And then you get into the questions Weiner has raised about why it is that genre or "commercial" fiction should be ignored anyway. The New York Times doesn't limit itself to art-house movies; why should it limit itself to literary fiction? That's not necessarily a question of gender bias; that's a matter of philosophy.

What pops up in trying to plow through all this is mostly anecdotal evidence. For instance, I recently read One Day, a book that is not qualitatively different in style, form, or plot from anything by Weiner or Emily Giffin or any one of a number of writers of commercial fiction marketed to women. This book, however, was written by David Nicholls, and for some reason, it has mostly avoided being classified as the frothy, simplistic, unchallenging pop book that it is. (It also has, I have to say, one of the most shamelessly manipulative and maudlin endings I have ever read in any book at any time, ever -- precisely the kind of thing people claim to hate about so-called "chick lit.")

It's very difficult not to wonder whether, had One Day had a different cover photo -- say a woman and a man, seen from the back, walking and holding hands -- and was written by a woman, The Guardian would have called it "a novel that is not only roaringly funny but also memorable, moving and, in its own unassuming, unpretentious way, rather profound."

Or whether it would have gotten such a positive review from The New York Times, which doesn't seem to have ever reviewed, for instance, any of Giffin's books (aside from a one-sentence mention here or there in a summer-books roundup) but has written about her three times in its Fashion & Style section in pieces like this, which keep you up to date about what she's wearing and informs you that when there are several "chick lit" books released at the same time, that means the summer might just be -- yes, they really say this -- "catfight central."

I don't care what the statistics are: that is uncomfortable.

Because this conversation is so challenging, as I followed it around the Internet, it kept diverting itself to questions that are easier, like "Do you like Jodi Picoult's writing?" "Do you think Jennifer Weiner makes too much money?" "Shouldn't we all be reading more classics?" "Does Jennifer Weiner understand German?" These things really aren't at all relevant to whether the argument that the Times could stand to review a broader selection of books is valid or invalid -- that point could be made by a good writer or a bad writer or someone who isn't a writer at all, and it does nothing to refute that point to say, "Well, she writes trash that doesn't deserve a review." Who cares? That answers the question, "Should the NYT be reviewing Jodi Picoult and Jennifer Weiner?" It doesn't answer the question, "Should the NYT consider reviewing a wider variety of books?"

This is a great question, and it doesn't have to be a particularly combative question. There's no reason to be afraid of it. If you think there's not enough evidence to demonstrate any kind of a problem -- as have some people who have pointed out both that Franzen has been witheringly reviewed by the NYT at times and that there certainly isn't a total blackout on literary fiction by women writers, both of which are fair points -- then that's the answer. There's no reason to skitter away from that and over to, essentially, "They're just jealous." Okay. Let's say they're just jealous; let's say we buy that. What about everybody else who sort of thought they had a point? Everybody's just jealous? Everybody who has that sense that they're not being well-served as readers?

I noted on Twitter yesterday that according to two pieces that had passed across my desk lately, 64 percent of book purchases in 2009 were made by women, but 61 percent of The Expendables' audience on opening weekend was men. That means buying a book is a more gender-specific act than going to see The Expendables. In part, this just means more women went to see The Expendables than you might think, but it does seem to underline the fact that it's a fair question, when women are buying 64 percent of the books, why they're only writing about 33 percent of the books that The New York Times is choosing to give multiple reviews. Whatever else is going on, the NYT does seem to be slanted toward selling books by men to an audience of women. Why that is, it's hard to say, but whether that is ... well, there's evidence for that.

None of this is to say we have the answer to all this, it just means it seems like an eminently fair question, and one that's been unfortunately lost in a whole lot of distractions.