Accessibility links
Children's Book Finds Hope In Haiti's Rubble Nine months after the quake in Haiti, Haitian-born author Edwidge Danticat is sharing the earthquake story with an audience that was largely shielded from it — children. Eight Days is a book about a boy who gets buried in the rubble and is not rescued until eight days later. 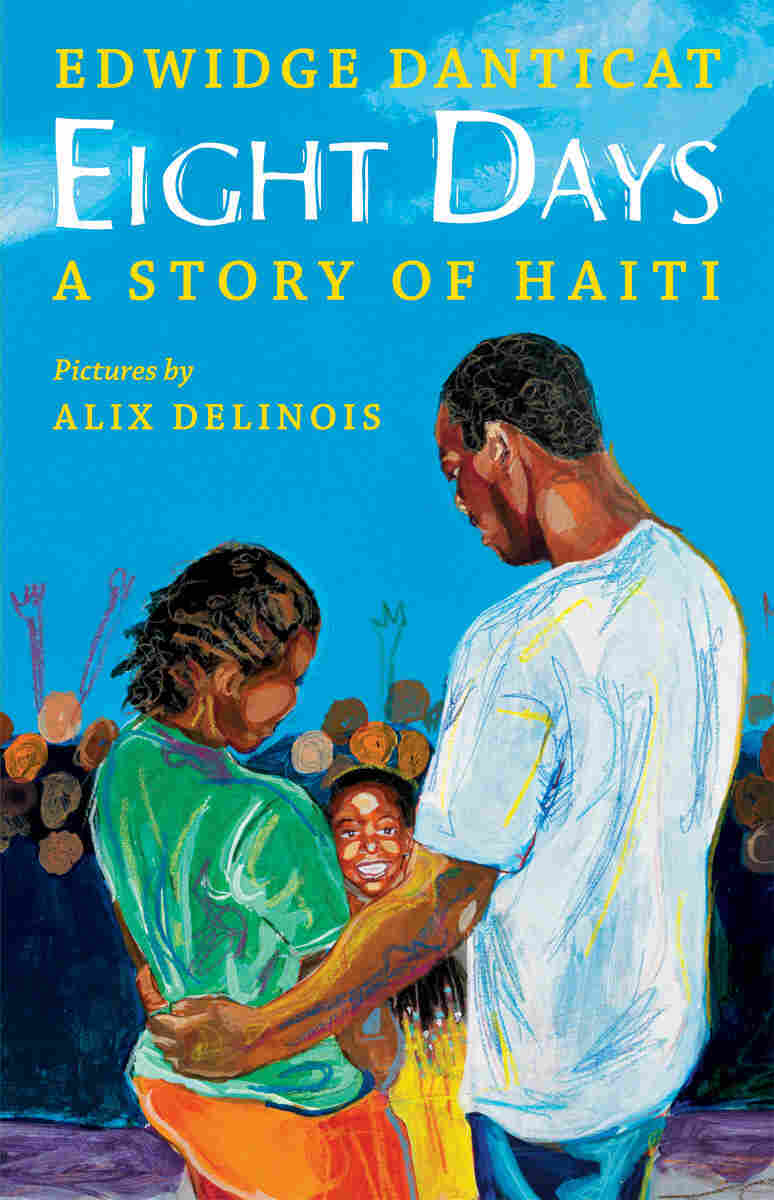 When a massive earthquake struck Haiti, killing more than 230,000 people, it was almost impossible for grown-ups to avoid the tragic headlines.

Now, nine months later, Haitian-born author Edwidge Danticat has found a way to share the earthquake story with an audience that was largely shielded from it — children.

Danticat has written a children's book about a 7-year-old boy named Junior who gets buried in the rubble of his Haitian home during the quake and is rescued eight days later.

She tells NPR's Linda Wertheimer that she began writing the book, Eight Days: A Story of Haiti, in an effort to explain the ordeal to her 5-year-old daughter.

"When the earthquake first happened, my 5-year-old ... kept asking us about her [Haitian grandmother]," Danticat says. "She eventually blurted out a question like, 'Is Grandma under her house?' "

She says that because she and her husband were so wrapped up in and worried about their Haitian family members, they didn't get around to answering their daughter's questions until now.

"I wrote this story to try to explain to her what had happened," Danticat says, "but also to find a kind of hopeful moment in it so it wasn't, at least to a child, all devastation."

Danticat's book opens with Junior's rescue eight days after the earthquake, then goes on to describe what he did during his eight days in the rubble. He flies a kite with his best friend, Oscar, who was with him during the quake. He plays a game of marbles with neighborhood kids. But, of course, none of that actually happened.

'Eight Days: A Story Of Haiti'

"It's a mix of imagination, but also memory, because one of the things I kept wondering about the children [was] what kept them still — because I have two small children and they don't stay very still very long," Danticat says. "I was wondering what resources they would pull on, and that's how I came to this use of imagination for Junior."

Danticat says that while the book isn't intended for very young kids, it can be therapeutic for their older peers.

"I've read it to some children in Haiti and what I've seen when I've read it to different children is that a conversation begins, and we start talking openly about sad things," Danticat says, "not only the earthquake, but other things that sadden children."

She says she has found that there are a lot of Haitian children who can relate to the story of a little kid buried in darkness, not knowing if he'll be rescued.

It's a sad story, and it gets even gloomier on Junior's fifth day in the rubble when he imagines playing soccer with his friends. After the game they all sit down to rest, but Oscar — Junior's best friend — is tired and goes to sleep. He never wakes up after that. 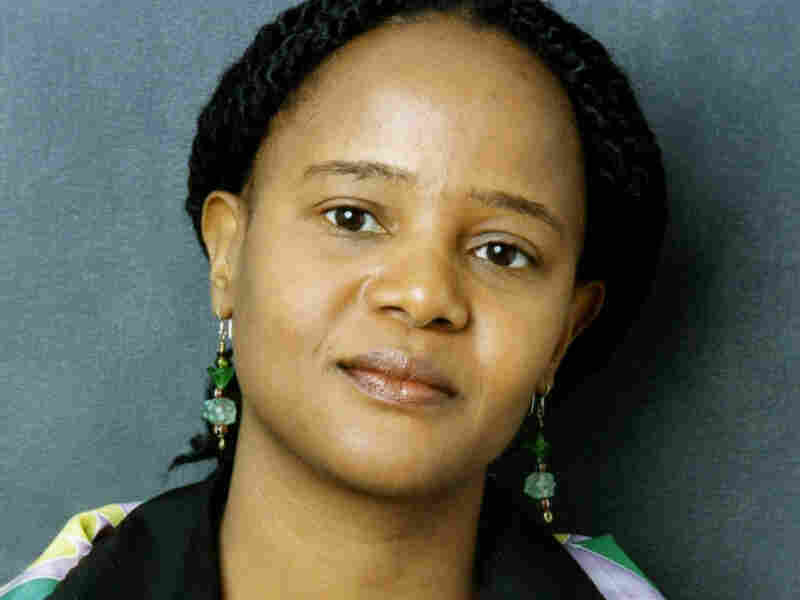 Edwidge Danticat was born in Haiti and moved to the U.S. with her family at the age of 12. She currently lives in New York. Nancy Crampton hide caption 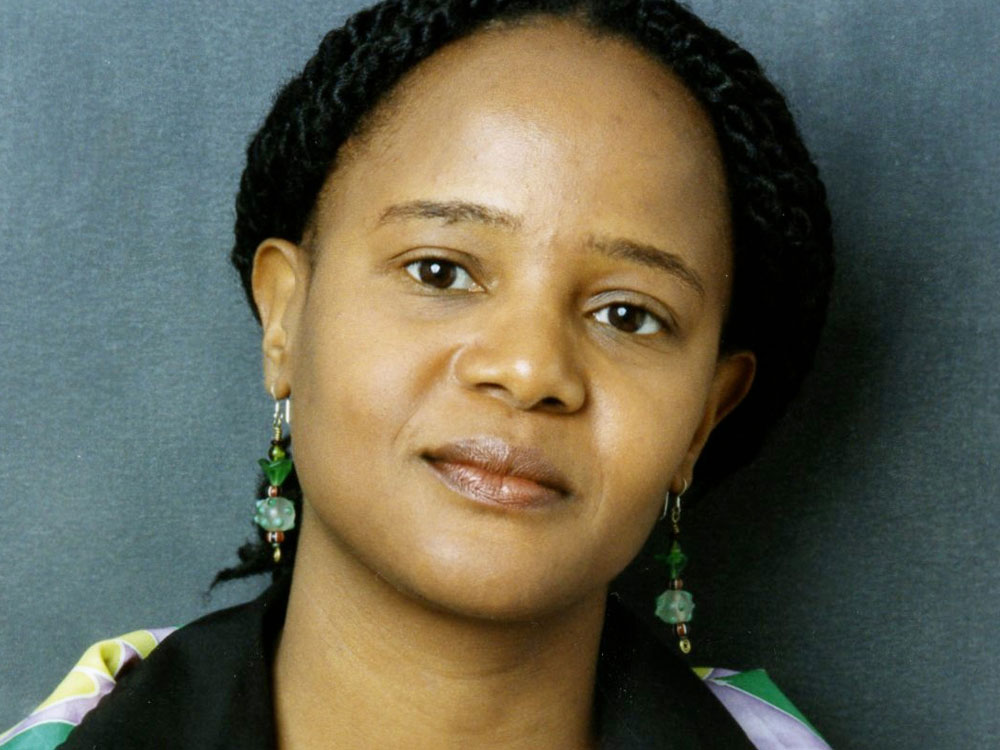 Edwidge Danticat was born in Haiti and moved to the U.S. with her family at the age of 12. She currently lives in New York.

"A lot of children were in that situation," Danticat says. "When I read it to this particular group of children in one of the camps, one of the little girls raised her hand and said, 'Come on, tell me straight: Did Oscar die or not?' And it's funny, especially in the midst of tragedy like this, children seeking directness and facing an adult that's trying to go around it. But for a lot of these children — even Haitian-American children who are removed from what happened — there's still the reality of lost loved ones and you can't pretend that it didn't happen."

Danticat says the book isn't based on one real story so much as it is derived from many, including that of Danticat's cousin — who was lost in the rubble along with his 10-year-old son.

Still, the author says that at its core, Eight Days is a hopeful story. Illustrated with the bright and colorful paintings of Alix Delinois, the book shows the countryside outside Port-au-Prince in the classic style of Haitian painting. It's a portrait of a pre-earthquake Haiti that's largely gone today — but that still survives in Haitian memory.

"When you live outside of the place where you were born, there is a tendency to idealize it," Danticat says of the lost Haiti. 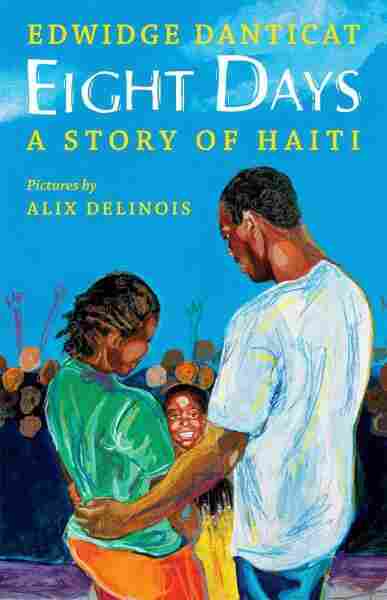 A Story of Haiti

by Edwidge Danticat and Alix Delinois