Accessibility links
Patti LuPone: Memoir Of A Broadway Diva She's been the voice of Eva Peron and the ultimate stage mother. She's also a performer with very high standards. Broadway actor Patti LuPone's new memoir recounts the heartache of Broadway but says she always manages to get something good from the bad. 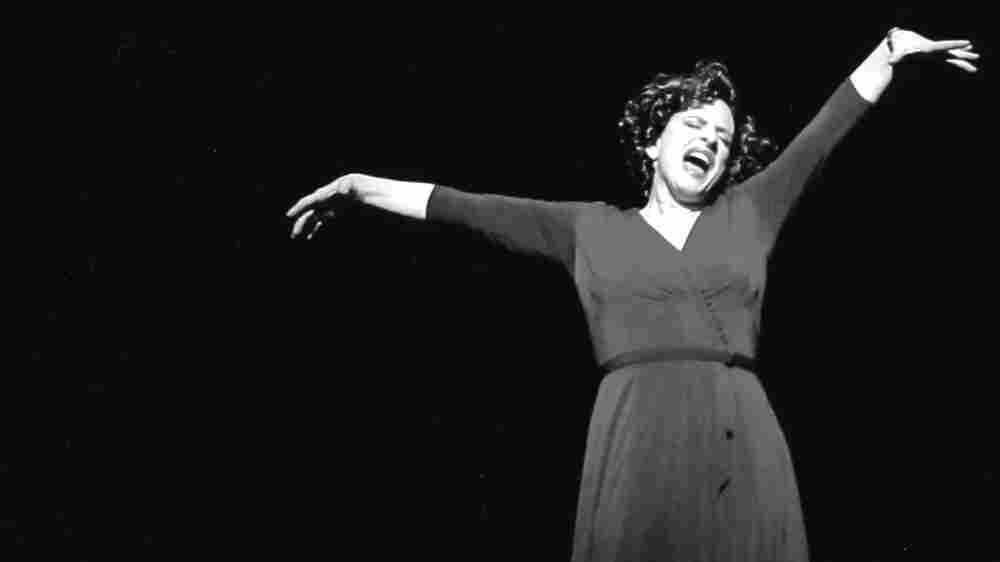 Patti LuPone as Rose in the 2008 Broadway revival of Gypsy.. Courtesy of the artist hide caption 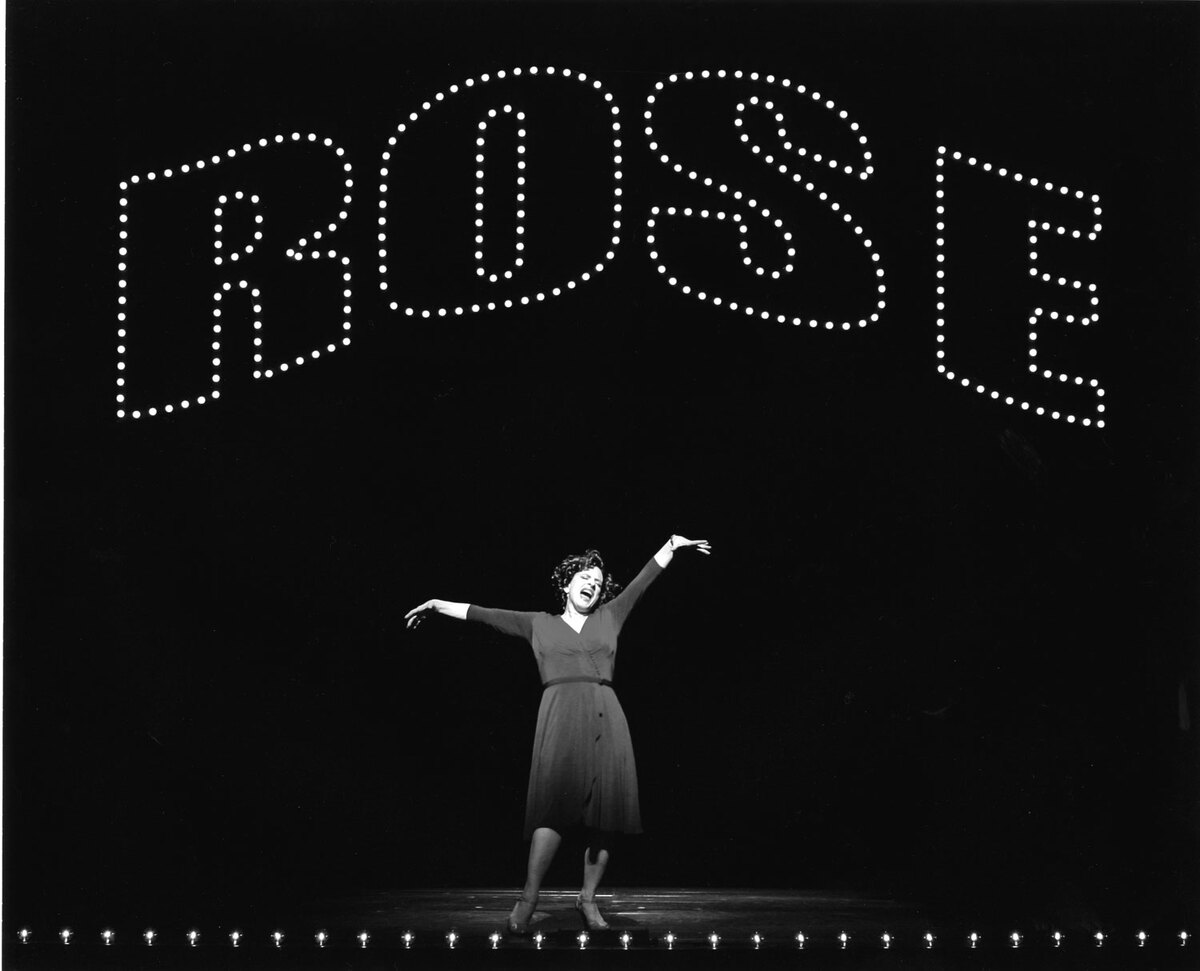 Patti LuPone as Rose in the 2008 Broadway revival of Gypsy..

In her new memoir, singer Patti LuPone writes about being on the road, in a disaster of a musical that would never make it to Broadway. The reviews were so bad, ushers sent candy backstage and took the cast out for drinks, just to cheer them up.

On the flip side, Evita has loads of fans, but there are people who cannot stand Andrew Lloyd Weber's 1979 musical about Argentina's Eva Peron. In fact, the star of that show didn't like the score very much. But the show and that score made LuPone a star.

"This score is so difficult to sing," says LuPone. "There's a couple of notes that aren't as strong as your top notes or your bottom notes and that's exactly where the score sits."

She didn't have the training — the technique — to sing Evita without stressing her vocal cords. Five days before the Los Angeles opening, she lost her voice. A doctor's treatment helped her open, but LuPone's voice went out again the next day. She got a new coach and the show went to Broadway, but her singing had to have guts and power — and that was never easy.

"I was always in danger, from the first D, which was at 20 minutes into the show," says LuPone.

Patti LuPone got through Evita — 19 months on Broadway, the Tony Award — by keeping silent, except when she was performing. Six shows a week — that's a lot of silence. No social life. For fun, she went (silently) to Rangers hockey games on Sunday nights. And, all wound up after a performance, walked alone over to the Oyster Bar at the Plaza.

"And I'd go to the back end. There was a Jamaican bartender that would always acknowledge me whenever I went," LuPone says. "And I watched the hookers come into the bar looking for customers. And I'd have two beers. And when I was sufficiently buzzed, I would go home."

Roller Coaster Of A Performance

In 2008, after more ups, downs, firings, raves, some movies and TV, Patti LuPone was back on Broadway in a revival of Gypsy, a musical about stripper Gypsy Rose Lee. LuPone played the ultimate stage mother, Rose, who sang a huge, dramatic solo called "Rose's Turn."

A friend of mine, radio producer Neva Grant, took her 12-year-old daughter to see LuPone. You know, at 12 or 13, you don't want to be anywhere near your own mother — don't want to touch your mother and don't want her to touch you. But then LuPone began to sing "Rose's Turn." At the absolute climax of the song, this happens:

"And suddenly, just instinctively, my daughter reaches out and she just grabs my hand as if we're on a roller coaster," Grant says. "She's grabbing my wrist like, 'Oh, my God!' "

She just said they were transported. Isn't that the goal?

"Yes. You hope that, as an actor, the job is to move, to change, to transport," Lupone says. And it doesn't always happen. And when it does, you're just grateful that you accomplished the task. And I — I thank you. I'm crying back here."

"Nothing has ever come easy for me," Patti LuPone writes, about the arguments and stresses of her long career. But she always manages to get something good from the bad. Remember that disastrous show with the ushers and the candy? The show, The Baker's Wife, never made it, but it gave LuPone her signature song, "Meadowlark."

LuPone has quite the reputation. She has been called a diva. She's been called difficult. She has worked like a dog all of her life. It sounds like LuPone's a piece of work.

"Um, yeah. I would say," LuPone pauses again. "Let me say I was trained at Juilliard. I have a very high standard. I expect everybody around me to work equally as hard because people pay a lot of money for tickets. They demand the best that we have."

The audience is crucial for LuPone. Peeking out from behind the curtain, she always watches them arrive, before the show begins.

"I do it because I'm about to tell them the story, so it's important for me to see who I'm telling the story to before I make an entrance onstage," she says.

Maybe, when the show she's working on now — a musical version of the film Women On the Verge of a Nervous Breakdown — starts previews in October, from backstage, or through a peephole in the curtain, Patti LuPone will see a daughter, leaning a little away from her mother, until a big moment comes ... and the girl just hangs on for dear life.